The classic and iconic film Saturday Night Fever is turning 40 years old this year.  Originally released in December of 1977, this film had it all!  John Travolta delivered an electrifying, Oscar®-nominated performance as Tony Manero, a kid from Brooklyn who lives for partying and dancing on Saturday night.  Throw in the incomparable soundtrack led by the legendary Bee Gees and, of course, who could forget the epic dancing!

The film defined the 70’s era and continues to be celebrated as one of the greatest films of all time.  With such a notorious film turning 40 years old, you can be there will be a big celebration. 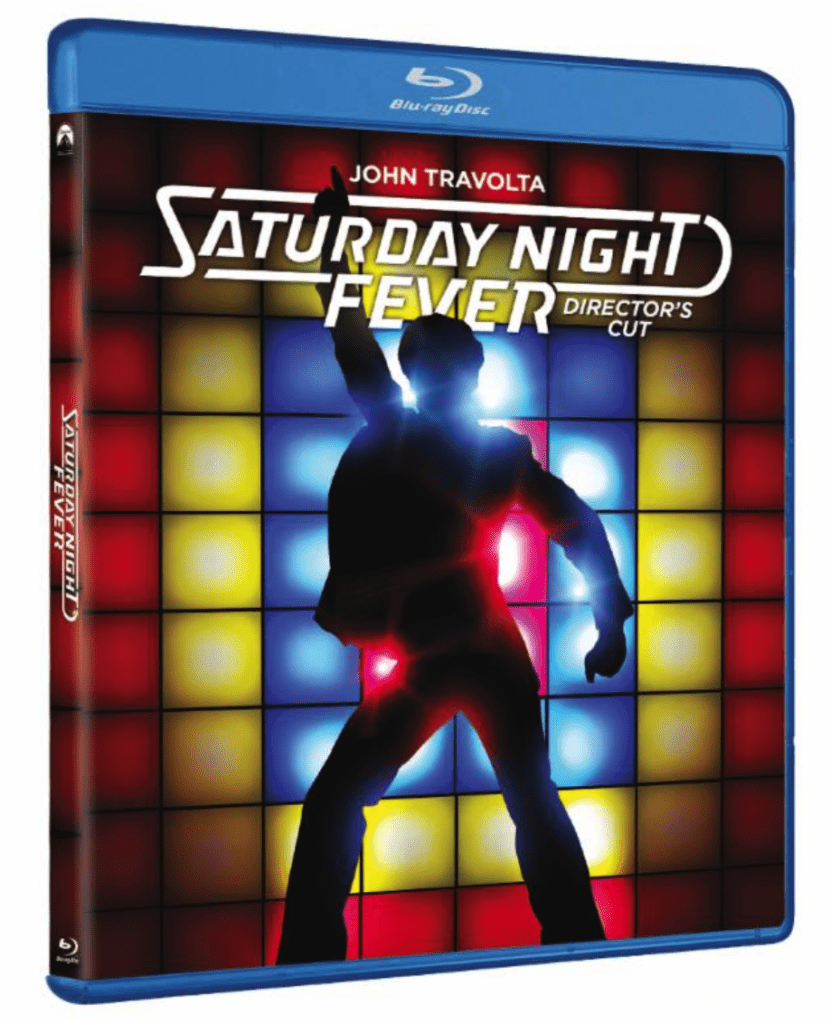 To kick of the 40th anniversary, a special director’s cut version of the film is being released on Blu-Ray and DVD starting May 2nd.  A press release announcing the release said:

Director John Badham worked with Paramount in 2016 to restore the film in 4K using the original negative and update the surround sound mix to further enhance viewers’ enjoyment of the incredible soundtrack. During this process he added scenes to the theatrical R-rated version that round out character and plot, making this new Director’s Cut the definitive representation of his original vision.
The SATURDAY NIGHT EVER Blu-ray includes both the Director’s Cut and theatrical version of the film, commentary by director John Badham, a five-part look at the film entitled “Catching the Fever,” behind-the-scenes featurettes, and more.

Pretty awesome stuff, right?  In addition, Fathom Events is also bringing the film back to theaters for a special 2-night only engagement.  The version being shown is the same director’s cut and will be shown in select theaters on May 7th and 10th.  According to the Fathom Events website:

The all-new Director’s Cut celebrates the 40th Anniversary of the iconic film that catapulted John Travolta to superstardom, garnered him an Oscar® nomination and captivated audiences the world over. Travolta commands the screen as Tony Manero, a restless Brooklyn rebel who escapes problems at home and an uncertain future every Saturday night when he shines as king of the disco dance floor. Both the sensational dancing and moving story are driven by the timeless music soundtrack that will forever define its era.

This special event includes an exclusive introduction to the film from legendary hall-of-fame radio personality Scott Shannon! Plus, take a look back at the legacy of Saturday Night Fever with interviews from the director and cast of this groundbreaking motion picture that defined an era.

For more information on the special Fathom Event and find out where the film will be playing, you can check out their website.