Sony finally pulled the pin and released a trailer for Venom: Let There Be Carnage. The film should have already gotten a trailer, but the pandemic put a damper on that. Hell, the entire freaking film should have been out. Not to worry, though, since the film is finally coming out this September. The best part, though, is that Carnage looks amazing in the new trailer! Woody Harrelson is going to knock it out of the park!

We’ve known Harrelson would be involved as far back as the first Venom film. He appeared in a post-credits scene for the first film, showing him being locked up. Since then fans have been desperate to know what his Carnage would look like and now we know… amazing!

Now that Venom 2 is almost here, Kasady is ready to bust out of Ravencroft and go toe-to-toe with Venom! His symbiote won’t be his only ally, though! He’ll also have his kind of love interest Shriek. Can the two manage to take Venom out? I guess we’ll find out.

Andy Serkis spoke about how excited he is to see Venom 2 in theaters.

“I’m super excited about it. Again, it’s not something I can particularly talk about right now because we’re saving it for when everybody can go and enjoy it in the cinema,” Serkis said while speaking to Comicbook.com, “I don’t want to blow it or talk about it too much before then, but I’ve had a ball working on that film. It’s been great. [It’s] another bunch of brilliant actors, and it’s headed up by another keen SAS man, Tom Hardy [Laughs]. I hope you won’t feel disappointed. It was a real pleasure working on it.” 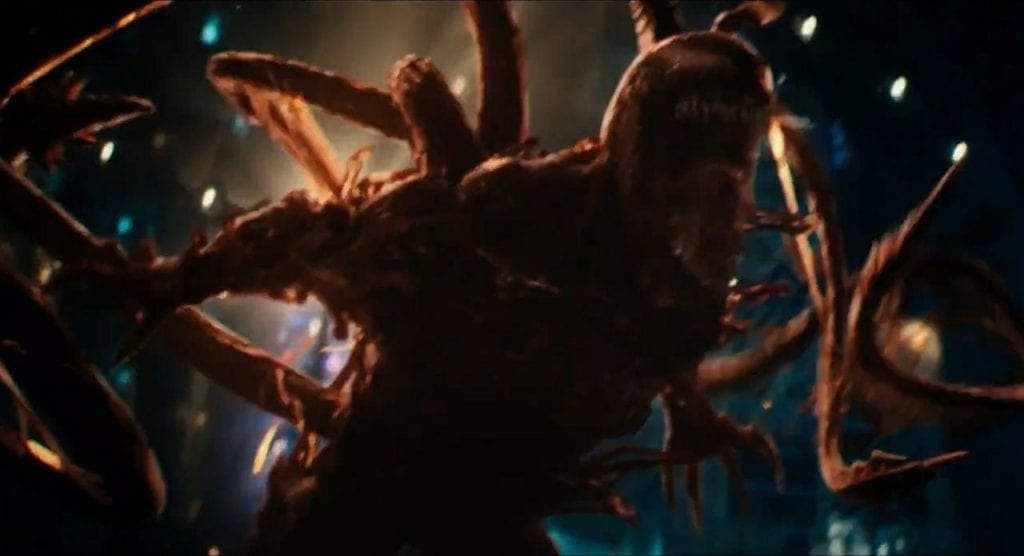 Carnage is an immensely popular villain, so no doubt his inclusion in this film will get eyeballs in the cinema. Carnage was first introduced in Amazing Spider-Man # 361 and has been a fan favorite ever since. He’s actually, technically, the offspring of the Venom symbiote.

He’s been used numerous times since his first appearance, but he has one story that pretty much everyone knows about. One of the biggest Marvel events of the 90’s, Maximum Carnage, put Carnage front and center. It actually forced Spidey and Venom to team up in order to take him down.

More recently Carnage was involved in Absolute Carnage. This was back in 2019 and saw the symbiote become connected to Knull, God of the Symbiotes.

Don’t forget to catch Venom: Let There Be Carnage this September in theaters.