If you made it through last night’s episode of The Walking Dead without shedding some tears…well…we tip our hats to you. We were sitting on our sofa, tissues in hand, as we watched the goodbye to Carl unfold.

The lives he touched have been made better by his presence. Carl has always stood for the hope of a brighter tomorrow, the promise of a future more than the pain they all feel. He was the sole reason Rick made it this far but also the reason characters like Daryl and Michonne learned to love and be loved.

So it wasn’t ever an expectation that his goodbye would be an easy one, and while not every goodbye was highlighted, those that were, they stung in a major way. 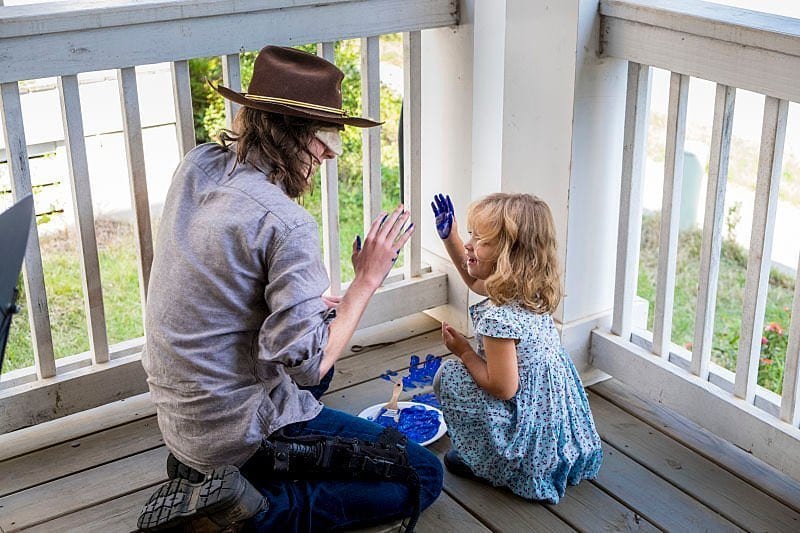 In the role of a big brother, and reminiscent of his mother’s goodbye to him, Carl left Judith with wisdom. Encouraging her to be strong, to want a better future, and to never forget who he was. When he passed on his hat, it was like he was giving her the life that he knew he was saying goodbye to. He was light in the darkness and truth in the distrust and he’ll always be with her now.

‘Before mom died, she told me that I was going to beat this world. I didn’t, but you will. I know you will.’ 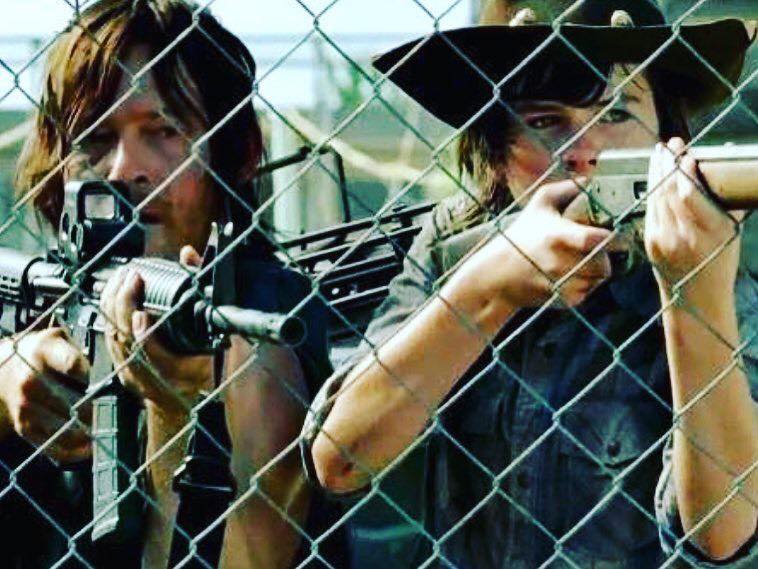 As a man of few words, a lengthy goodbye here wouldn’t have done Daryl or Carl justice. The incredible thing about their last interaction is that it was true to both of them. Daryl was there with Carl through it all, watching him grow, protecting him as needed, and offering solace – he was family to Carl. He was also proud of Carl, as proud as anyone could be, and he made sure in their last moments together that he knew it without a shadow of a doubt.

‘All these people. You saved them all. It’s all you, man.’

Carl left him with a grin, a knowing one as much as a telling one – he left Daryl better for knowing him while Daryl made him stronger. 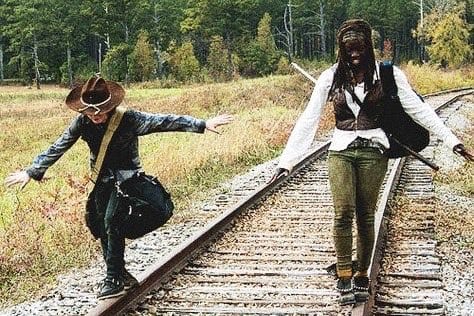 If you weren’t crying your eyes out already, chances are, when this scene happened – it was tear central. At least, it was for us. Carl opened up a place in Michonne’s heart that allowed her to love again. Their relationship was like that of a mother and a son, she gave him that place and he filled it with love and respect – just as she gave to him. Watching them grow together opened up places within them both that were filled with hurt. They healed with one another, became stronger, and found deeper love. Out of every relationship Carl had, this one changed him the most. It certainly changed Michonne, too. 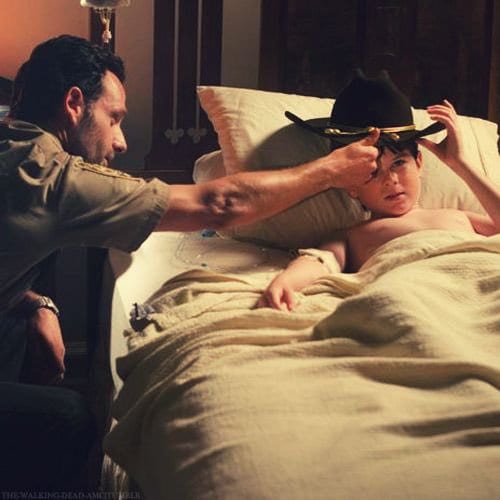 Of course, his father was the hardest goodbye. We first see Rick settle into a place of disbelief, almost pleading with some higher power to let it have been a human bite. However, Carl quickly assured him that it was, in fact, a walker – having to say it more than once before it sat in. The absolute heartache on his face proved that the bond Chandler and Andrew shared on screen only served to make their bond stronger off camera. In a video message, Andrew said Chandler was his American son, and it’s fitting that they see each other in that manner. Rick loved Carl but more than that, he survived for him. As he was letting him go, he assured Carl that it had always been for him. Everything he’d done, everything he’d fought through…it was always for him and it would always be for him.

What Carl asked of Rick hit him first as nearly impossible, but as the episodes continue, we’ll see a changed Rick. One that honors the dying wish of his son. In that quest, Carl won’t ever truly leave him, and the future he hopes for…the one Carl imagines.

Rick is going to make it happen, it’s his most important promise.

Home » Featured » Carl’s Most Heartbreaking Goodbyes on ‘The Walking Dead’