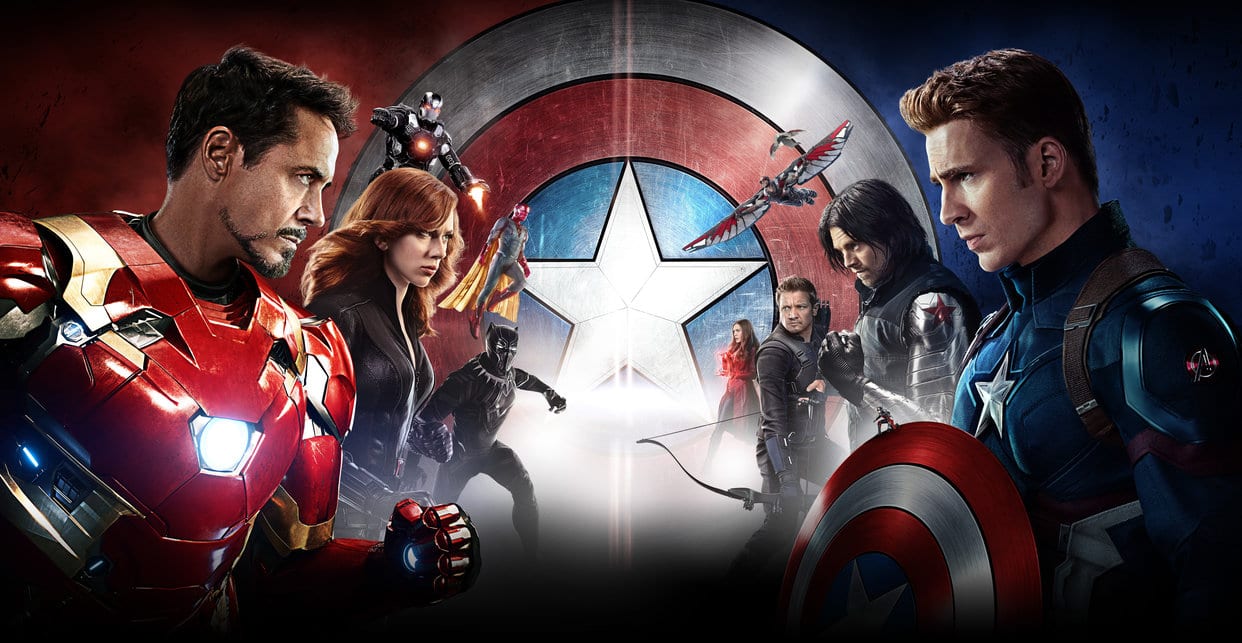 Captain America: Civil War was one of the most talked about movies of 2016 before it’s release and now, two weeks since it’s debut, it is officially the biggest movie worldwide!  The success of Civil War comes as no surprise to Marvel fans who have dutifully seen the film, most more than once, and spoken of it with high regard.

Variety posted, on May 19th, that the film is currently sitting at $981.9 million and will hit 1 billion by the end of this weekend.  This incredible feat has only been done by 24 films to date, making Civil War the 25th!  Prior to Civil War’s release, Zootopia held the title of biggest film worldwide with $971 made since its release in March.

Variety gave these statistics about the film and other superhero movies that have made more than $1 billion worldwide since their release.

Captain America: Civil War follows the story of The Avengers as they navigate UN interference after a number of situations that produced casualties that fell at the feet of the superheroes.  The team becomes divided as the document is placed in front of them and the divide is only made stronger after a disaster at the UN meeting to discuss approval from The Avengers – at least the ones who agreed.  This divide, through the film, shows where distrust and weakness lie within the group of friends, but it also shows their loyalty, their compassion, and their deep-rooted concern for one another.

This film was interesting because there’s no token “bad guy” – it’s all about how you look at it.  That, along with the incredible acting of the cast and the bonds that are evident in both character and in person, is what made it so real and relatable to Marvel fans.  Seeing the inner turmoil plague The Avengers on screen was a joy to fans of the comic and continues to be as the numbers keep rising.

2016 is set up to be a year of great film debuts, so while Captain America: Civil War may face some upcoming competition, we think the movie has what it takes to remain number one worldwide.