Call of Cthulhu by Cyanide Studio and Focus Home Interactive is a dark and foreboding tale of horror. Set in 1924 Boston, Call of Cthulhu grips you from the start with its almost overpowering bleakness and captivating narrative. 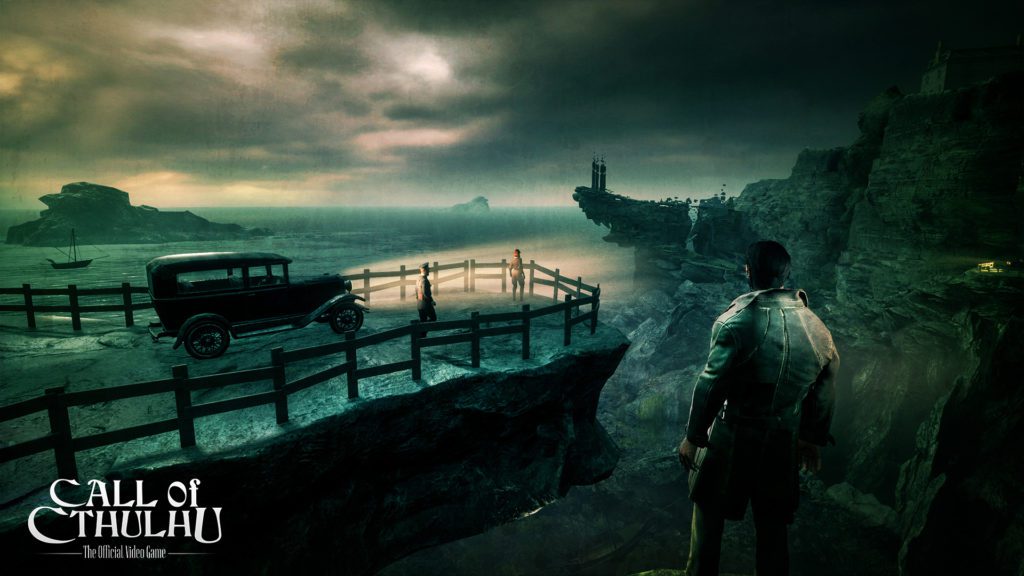 Players take the reins of Edward Pierce, a gruff and unpleasant WW1 veteran with a drinking problem. Pierce, a detective, is at risk of losing his license due to lack of work, until he is visited by a man intent on solving the mystery behind a family’s untimely death. Desperate for work, Pierce accepts the job and heads toward the foreboding island of Darkwater.

Once reaching Darkwater, Pierce runs into a slew of mysterious characters, including Captain Fitzroy, Cat, an occult obsessed storekeeper, and Dr. Fuller. As you progress through the story you will unlock these character’s stories and begin to unravel what really happened to the Hawkins family. 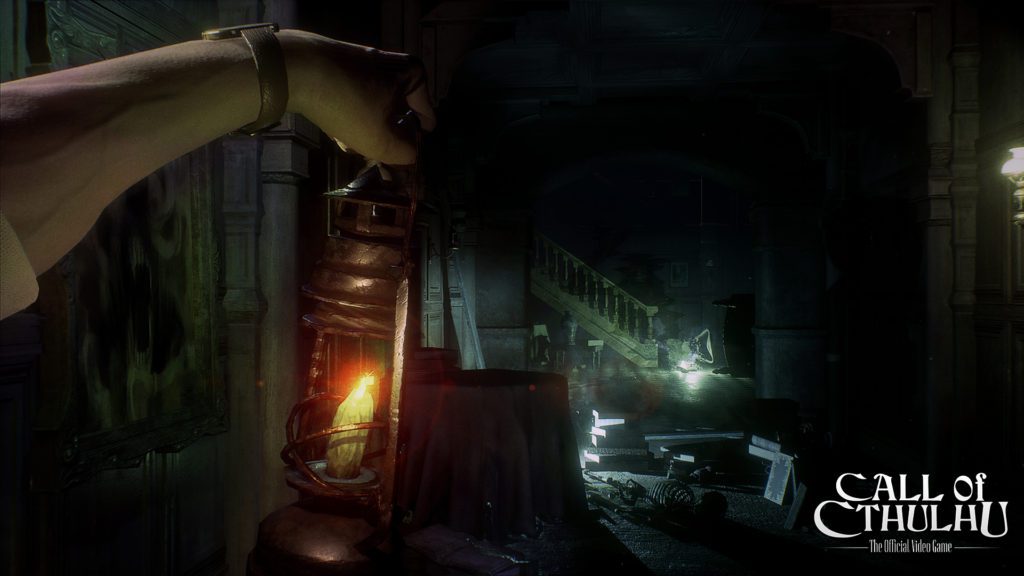 Call of Cthulhu is a first person detective game. Through Pierce’s eyes you will explore the world, scavenging dark corners for hidden clues and interrogating individuals for new information. There is little action to speak of and most of your time spent in Darkwater will revolve around speech.

Pierce has multiple skills which can be leveled up with CP, which is given to you as you progress through the story. While you will receive many CP points during your playthrough, it is worth it to mention that you will not receive enough to completely level Pierce up – so choose your skills wisely. 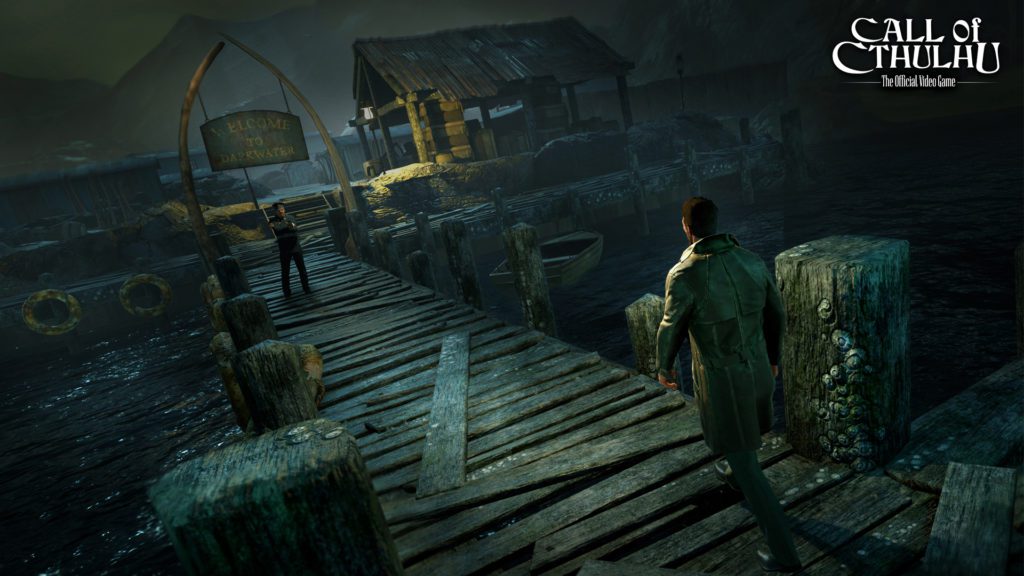 Strength determines your ability to win fights both physical and verbal and your ability to force doors and other mechanisms to open. Eloquence allows Pierce to influence others with speech, which is helpful when attempting to convince or manipulate characters. Spot hidden helps Pierce find hidden objects throughout the areas he investigates. Psychology increases Pierce’s chance of understanding the motivation of characters and his analysis of objects. Investigation provides Pierce with a better chance of understanding past events – either from objects or during scenes in which he reconstructs crime scenes. Investigation also increases Pierce’s lock picking ability.
Medicine improves Pierce’s understanding of drug dosages, his ability to make diagnoses, and his ability to express his medical knowledge. Occultism helps Pierce determine the use of and origins of occult artifacts as well as his ability to convey his knowledge of the myth.

While interesting, I can’t honestly say when upgraded a specific skill was changing my game play or not. This is rather disappointing, as I don’t necessarily feel that my choices made throughout the game had much bearing on my ending – despite the game continuously telling me that choices I’ve made will affect my destiny. I may be wrong, but in the two endings I’ve witnessed, none of my earlier choices seemed to come into play.

That’s not to say that I didn’t enjoy my time with Call of Cthulhu though. While uneven, especially toward the last 3rd of the game, I mostly enjoyed the various gameplay styles at work and my interactions with the inhabitants of Darkwater. The scenes in which I was given the reins of other characters served as a nice escape from Pierce’s increasingly uneven mental state, and the few boss battles included, despite essentially being puzzles, were a nice departure from the norm. 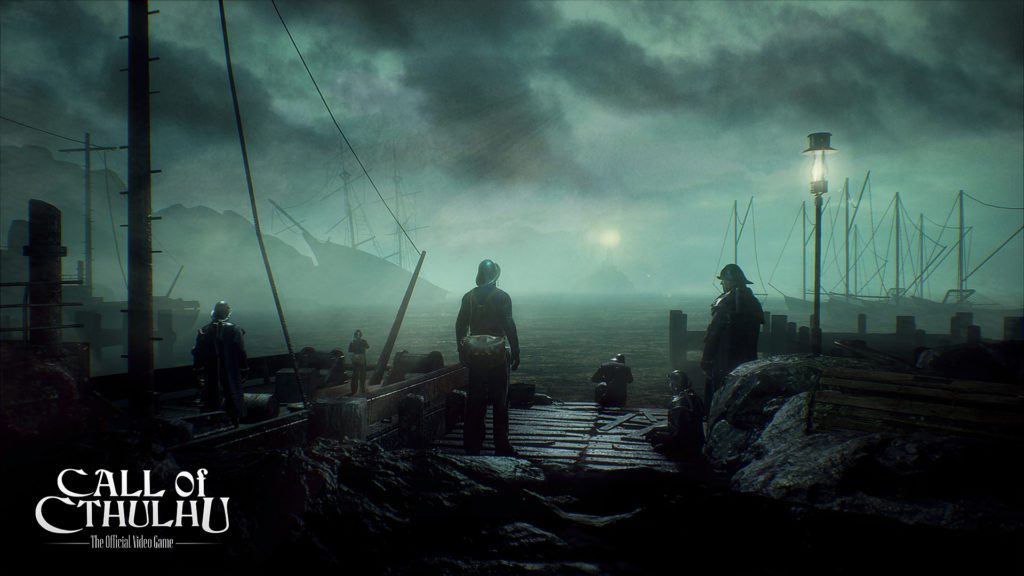 Like Eternal Darkness before it, Call of Cthulhu makes Pierce susceptible to sanity effects, though unlike Eternal Darkness, these effects served no real purpose aside from creating an added layer of claustrophobia to the proceedings. Still, crawling into a dark room only to have Pierce’s breathing grow deeper and tunnel vision is effectively nerve wracking and often made me race to escape the area.

Despite the various gameplay styles at work, Call of Cthulhu is essentially a mystery told through a first person view point. As Pierce you will investigate crime scenes, piece together what happened, find clues, read notes and books, gain knowledge, and then use that knowledge to force information out of the inhabitants of Darkwater. Along the way you’ll meet friends and foes, each with their own narrative. It is fun, and often engaging, despite going a bit off the rails toward the ending.

Averaging around 10 to 12 hours in length, Call of Cthulhu boasts a fairly decent length and while fun during its first playthrough, I don’t expect many players to feel the urge to replay the game after completion. Sure, there will always be a few players who will want to try every other dialogue option to see what – if anything – changes, but most will be satisfied with their initial playthrough and move on. 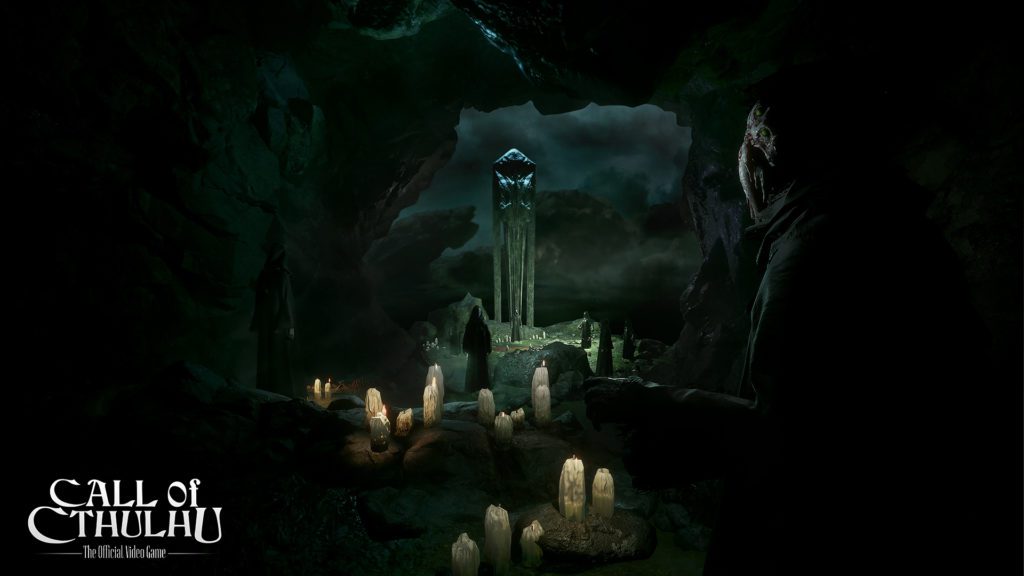 I thoroughly enjoyed Call of Cthulhu, at least during the initial 8 to 10 hours before I felt the game went a bit off the rails and lost me with the rapid story progression and plot jumps. Until then, the game was an engaging and foreboding mix of horror and mystery, filled with interesting characters and plot devices. It’s a shame then that the ending feels so rushed and leaves so many questions unanswered and character’s stories unfinished. What could have been a great game was unfortunately  squandered in the final hours for a rushed and unsatisfying conclusion. Still, I enjoyed the game enough to recommend it for the first 2/3rds alone, and feel that most will find something to enjoy in its mystery.