There’s something cute coming to your neighborhood.  Who you gonna call?  Ghostbusters Build-A-Bear!

As part of the Ghostbusters 32nd Anniversary Celebration yesterday, The Build-A-Bear Workshop announced it will be releasing an entire collection of lovable, squeezable ghoul-catching themed toys which you can create and customize. 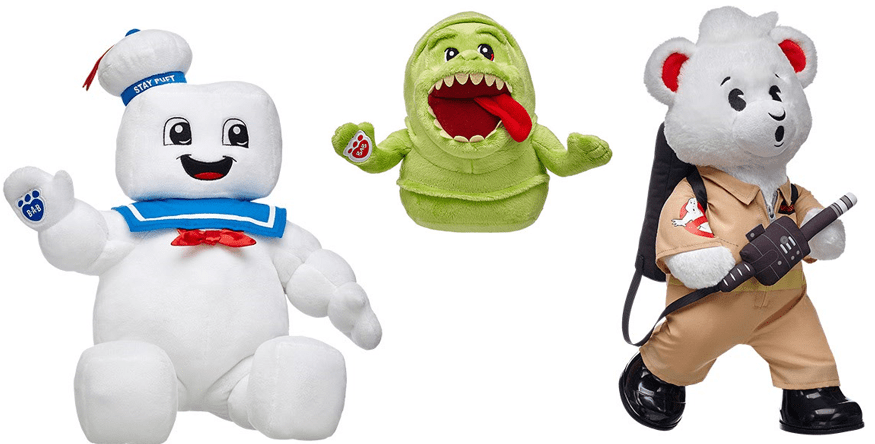 Items currently available to preorder on the Build-A-Bear website include:

This awesome collection comes just as the celebration of the new Ghostbusters film release is starting to rev up.  The new film, directed by Paul Feig, stars Melissa McCarthy, Kristen Wiig, Kate McKinnon, Leslie Jones, and Chris Hemsworth and will be released in theaters on July 15th.

For a limited time only, you can also catch the original Ghostbusters film in theaters on June 12th.

So, what do you think?  Are you going to buy a Ghostbusters Build-A-Bear?