Missing a court appointment is what landed actor Jason Alexander, who married Britney Spears for 55 hours in January 2004, on the cops’ wanted list. Alexander was due to appear in court in Napa County on Tuesday for allegations of an alleged 2015 robbery. Alexander crashed Spears’ wedding to Sam Asghari in June. A three-year protective order was granted against Alexander by the court.

TMZ reports that Alexander was scheduled to appear in front of a Napa County judge for a hearing concerning the two felony charges he is currently facing. In 2015, a woman accused him of stealing her expensive jewelry, leading to his charges of grand theft and buying/receiving stolen property. Alexander was arrested at Spears’ wedding in Ventura County when a warrant for his arrest surfaced.

After spending 60 days in jail, he was extradited to Napa County, but was released from custody after his arraignment, TMZ reports. He was told to return to court on Sept 13 but did not It is unclear why he missed the hearing. 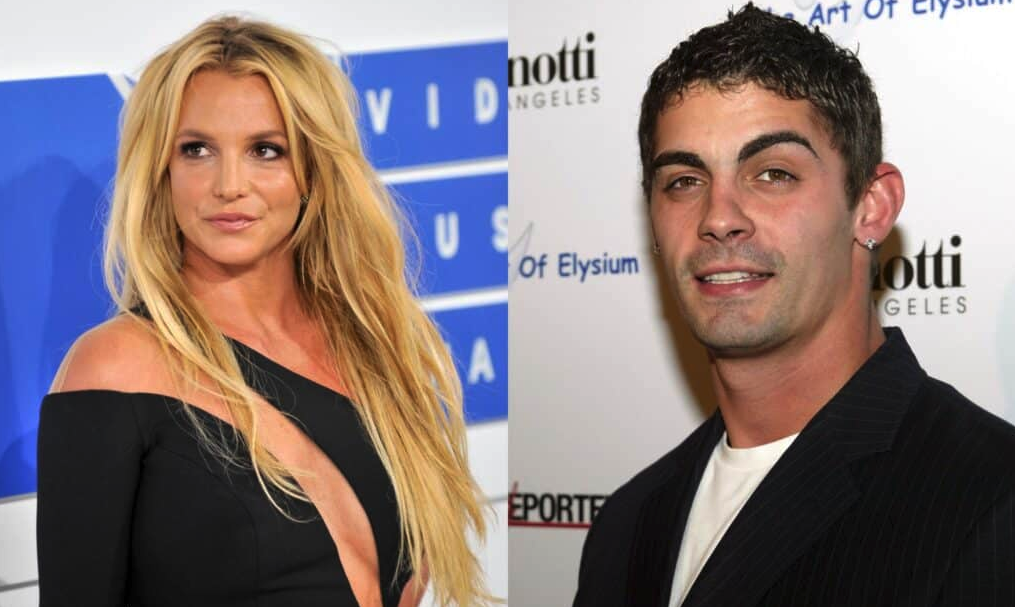 According to TMZ, the Napa County case is based on a period when Alexander lived at a woman’s house for about a month. One day, she noticed that the jewelry was gone from her bedroom and stated that Alexander denied stealing a sapphire tennis bracelet worth $2,000. Alexander later claimed to police that he had stolen the jewelry, and he sold it to a pawn shop.

In February 2016, the alleged victim contacted the authorities. Alexander received only $180 for the bracelet, according to police. After investigators recovered the jewelry, they issued a felony warrant for Alexander’s arrest.

On June 9, Spears married Asghari at her house in Los Angeles. At the wedding, Alexander attempted to break into Minaj’s house, allegedly carrying a knife and live-streaming his assault.

In August, Alexander entered a plea of no contest to charges of aggravated trespassing and battery.

On June 12, 2015, Alexander had been sentenced to 128 days in jail but was credited for 64 days already served and no longer required to serve the rest of his sentence owing to “good behavior.” A criminal protective order, on the other hand, was issued requiring Alexander to stay at least 100 yards away from Spears and Richard Eubeler, the security guard who tackled him at Spears’ home.

Spears and Alexander knew each other since they were children. They got married in Las Vegas, but the marriage was null after only 55 hours. Spears was also married to DJ Kevin Federline from 2004 to 2007. She has two sons with him: Sean Preston (17) and Jayden James (16).