Netflix has an unexpected hit in Glow, and a breakout star in leading lady Sydelle Noel. Loosely based on a now forgotten television series called the Gorgeous Ladies of Wrestling, the series is a fictional account of a broken down film director, and spoiled producer who are forming a women-led wrestling series in the 1980s. Glow, which is produced by Jenji Kohan, Liz Flahive and Carly Mensch, stars Alison Brie, Betty Gilpin, Kate Nash, Gayle Rankin, and Chris Lowell, and is one of those shows that you MUST add to your binge list.

Noel plays Cherry Bang, an actor whose career has encountered several false starts, and every time it seems promising has just never gone the way she intended it to. After being recruited to train a group of wannabe wrestlers by an old colleague, whom SPOILER ALERT we later find out was also an old flame of Cherry’s, plays a crucial role in shaping the Gorgeous Ladies of Wrestling, especially executing the wrestling matches for the rookie TV series. Cherry is one of those nuanced characters who shines bright as the resident stuntwoman, despite her limited time on screen.

Noel took the time to talk about the former Blaxploitation film stunt double, and her rise to fame. From watching WWE’s Monday Night Raw, to her athletic background, Noel discusses the multi-layered series and what to look forward to in season two.

MCKENZIE MORRELL: Hi Sydelle, thank you so much for taking the time to answer some questions about GLOW. To immediately kick things into high-gear, please tell the readers a bit about this new Netflix series, and the character you play?

SYDELLE NOEL: GLOW is a fictional story inspired by the 80’s TV series G.L.O.W. I play Cherry Bang a former Blaxploitation film stunt double. Essentially, she’s a force to be reckoned with.

MM: Cherry Bang is a fierce woman, and her presence was probably one of my favorites on the series. What initially drew you to this role?

SN: First, thank you for that compliment. What drew me to Cherry’s character initially was in the breakdown when auditioning they put that, “she’s the coolest chick you wish you met in the 1970’s, think Pam Grier…FOXY BROWN.”  I was hooked, based on that alone.

MM: I would have liked to see so much more of Cherry in the series, with that said, can you speak to if it was a strategic creative choice to kind of oppress the character seeing as it takes place in the 80’s, highlighting inequality for not only actresses during that time period, but a black woman in the entertainment industry?

SN: Wow, that’s a very smart question. Liz and Carly would be the best people to ask that question to get a good answer, but hat could be a reason, yes and… another reason could be that there are 14 women to write stories for on this series.  I trust our writers/producers 100%.  They are very smart and know exactly what they are doing and what direction they want the show to go.

MM: Towards the end of the series we see Cherry get this amazing role on a different show unrelated to GLOW. The network exec makes it clear she will not be able to do both… will we hopefully see that conflict play out in season 2?

SN: I love the twist that they put at the end of the series for Cherry; it’s honestly perfect for her.  To see Cherry land a role that she’s been fighting for, for so long and also falling in love with wrestling and making friendships at the same time. It’s great to have the dynamic.  Hopefully we will get to see Cherry play out that conflict in season 2 and see what she ultimately chooses.

MM: If you were in Cherry’s position, would you hope GLOW was a hit and stay on? Or go for the sure thing?

SN: If I was in Cherry’s position, I would definitely hope GLOW’s a hit, but I would also find a way or MAKE a way for me to do both! I want it all, so I’m glad we have great writers that will decide Cherry’s move.

MM: How was playing Cherry different from anything you’ve done in the past?

SN: Cherry is a badass; at least that’s what I’m being told from everyone who has seen GLOW. I’ve always wanted to play a role that is physically demanding and playing a wrestler is hands down nothing like I’ve ever done and I’m very happy I got the role.  I’m a very physical person and this is my first role where I get to prove to the world just how physical I can be.

MM: As an athlete, did you find the physicality of this show a little easier to execute rather than if you didn’t have that background to begin with?

SN: Being an athlete did make the physicality of the role a lot easier for me.  I still keep in my athletic shape and I believe that’s part of the reason I got the role. Chavo our wrestling coordinator was familiar with my athletic background and knew exactly how to train/talk to me to teach me the wrestling moves.  It was very exciting training with Chavo and just wrestling period.

MM: My mother works for WWE, so watching this show was really surreal– and totally eye-opening. Did you do any wrestling research before shooting the series? Whether it be old WWF tapes, watching Gorgeous Ladies of Wrestling, etc.…

SN:  Yes, I did a lot of research once I booked the role and once I found out that G.L.O.W was a back in the day phenomenon.  I watched all the clips of G.L.O.W on you tube and I watched the documentary.  Which by the way everyone should watch.  It will make you appreciate the show even more…I cried when I watched it. I also started watching WWE Monday Night Raw when we were shooting.

MM: If the viewers can only take one thing away from watching the show, what would you hope they’d take away?

SN:  I really hope that the viewers see that GLOW is a multi-layered series; it’s more than just wrestling.  It’s about women empowerment, friendship, relationships, loosing yourself and finding yourself at the same time.  There’s a unification of women in this male-dominated sport and world.

MM: I binge-watched GLOW in, I believe, one or two sittings… in the age of streaming video– do you prefer getting to watch something all at once? Or are you more of a weekly episodic viewer?

SN:  What’s funny until binge watching came along, I was okay with week by week with a show. Now, with my schedule I love spending a day off to binge, but there are a few shows out there like Game Of Thrones and The Walking Dead that I like to watch on a weekly basis.

MM: How has the response been from fans on social media? Has it been interesting seeing people’s reactions online while they watch?

SN:  I am getting so many people congratulating me on the show and that they love Cherry and all her badass self! I love it and I try to respond to everyone. When I respond people freak out.  This is all exciting for me just as it is for them…I love it!

MM: I like to throw in an unconventional question, it’s pretty much my signature one for interviews, if you could choose a donut based on Cherry Bang’s personality– what kind would it be?

SN: Oh! That’s simple “BEAR CLAW.” The creativity that goes with making it flows with Cherry. She’s thrown into the fire to be the leader of the pack, it can be filled with many flavors, as with Cherry having to be something like a chameleon herself morphing from stuntwoman to full-time actress, coach, motivator and babysitter, all while being married.  The BEAR CLAW is unique to the donut family for it’s look, taste and overall dope ass name… just like Cherry Bang!

MM: Lastly, is there any other projects you’re working on that you’d like the fans to know about?

SN: Well, I finished working on Marvel’s Black Panther that will be out in February.  It’s totally going to kill, not to mention its history in the making.

MM: Thank you so much! I loved the show, and can’t wait to see more. 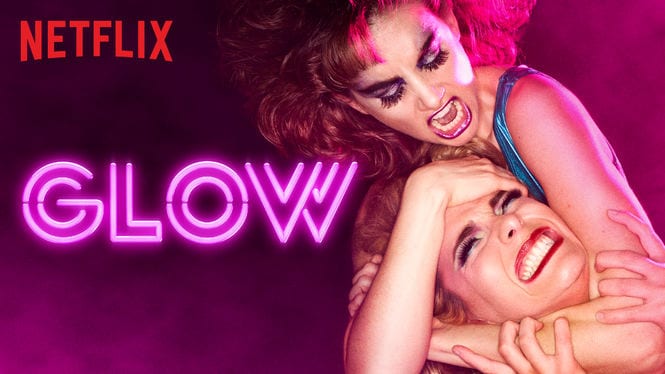