Brad Pitt‘s genderless grooming line, Le Domaine Skincare, is based on grapes grown at the contentious French vineyard he and Angelina Jolie are fighting over.

In a recent interview with British Vogue, Pitt revealed the debut of his brand, which was developed with assistance from the Perrin family of vintners and includes grape-based antioxidants from Château Miraval, the Correns South of France estate he bought a controlling stake in with Jolie in 2008.

Jolie and Pitt stayed at Château Miraval, where they married and spent vacations with their family. In October 2021, Jolie reportedly sold her 50 percent stake in the winery to Tenute del Mondo.

In Pitt’s latest interview, he alluded to how his purchase of the estate led him down an unforeseen path into the skincare and wine businesses.

“Landing here—at Château Miraval—opened up a lot of ideas that I wouldn’t have normally considered,” Pitt added. “And it’s all about sustainability—the concept of zero waste is critical to this region and to me. But listen, when we first arrived, I mean, I never imagined having a winery!

“I just wanted a beautiful base in this area and it happened to have a winery. And it happened to be hemorrhaging tons of money. So we had to go to work. And then we went out on a search and found Marc [Perrin] and his family.” 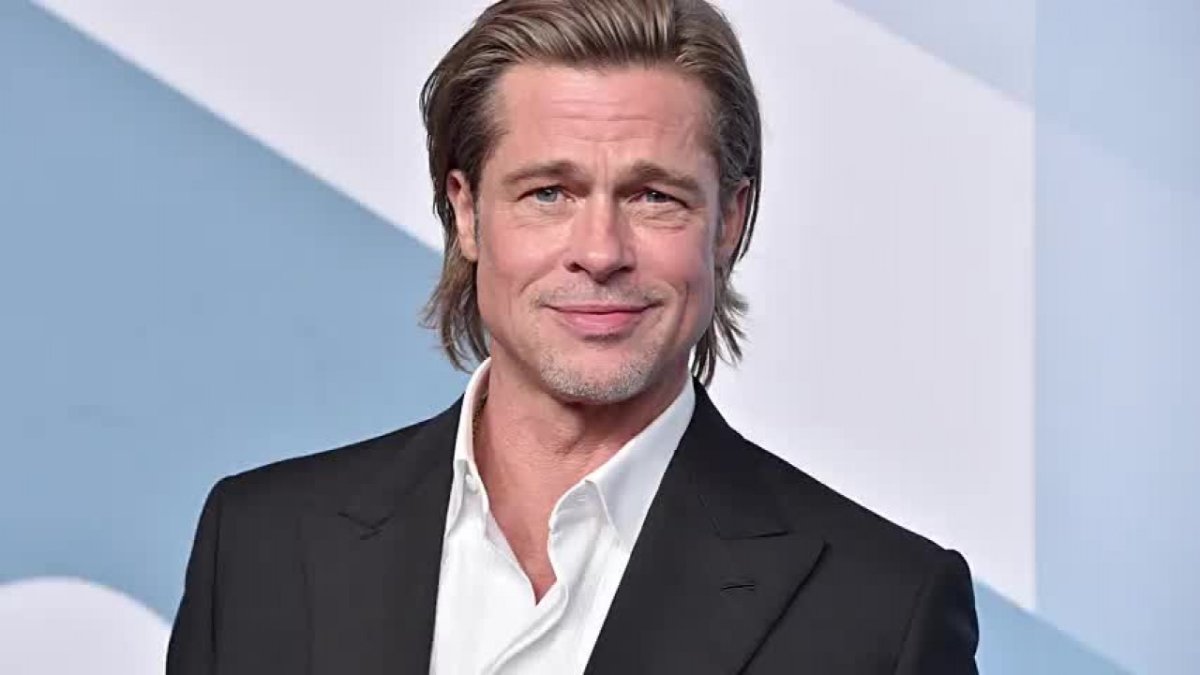 Jolie Pitt filed a $250 million lawsuit against him over the French estate last week, weeks after his skincare line debut.

Court documents allege that, as a response to their complicated divorce and custody battle, Pitt has attempted to take control of the 1,300-acre estate.

According to the complaint, both actors put tens of millions of dollars into upgrading and improving the property, but it claims Pitt wasted a fortune of the firm’s funds on “vanity projects,” including more than $1 million on a swimming pool.

The Mr. & Mrs. Smith co-stars, who tied the knot in 2014 and were declared divorced in 2019, have been battling over custody of their children and Jolie’s sale of her shares of their wine business in France.

On June 3, Pitt submitted a document to the Los Angeles County Superior Court claiming that Jolie went against their previous agreement by selling her interests without first seeking his approval.

According to People, Pitt has claimed that he turned Miraval into a multimillion-dollar international business and one of the world’s most well regarded producers of rosé wine, while blaming Jolie for adding “nothing to Miraval’s success.”

Pitt states that Tenute del Mondo is “indirectly owned and controlled by Yuri Shefler, the Russian billionaire who controls the Stoli Group.” According to Pitt, this company has their sights set on taking over Miraval.

According to Eddy, Jolie’s firm, Nouvel, owed his company, Mondo Bongo, the right of first refusal before the sale and is now seeking damages “in an amount to be proven at trial” as well as request that the sale be declared “null and void.” Pitt is seeking a jury trial against Jolie.

In courtroom papers, Pitt’s legal team claims Shefler launched a hostile takeover of Miraval and attempted to acquire “confidential and proprietary information for the benefit of his competing enterprise.”

The team said: “Jolie has sought to force Pitt into partnership with a stranger, and worse yet, a stranger with poisonous associations and intentions.”