Recent press stories about Brad Pitt’s commitment to his relationship with Bullet Train director David Leitch have inspired him to reflect on the evolution of their partnership over time. 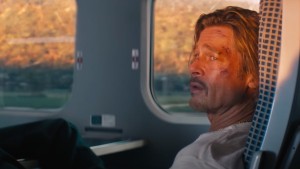 Before becoming a filmmaker, Leitch worked as a stunt actor and coordinator for many years. Leitch first teamed with Pitt to teach him combat sequences for Fight Club, in which he discussed his experience with Entertainment Weekly.

“He trained me for the fights, and it worked so well that we went on and did several other films, like Troy. So in that scenario, he’s helping me with my character in some ways.”

Brad was initially paired with Dennis Quaid, who he’d worked with previously on the motorcycle stunt in Breakdown. The two teamed up for the action sequences of some of the actor’s most successful films, such as Ocean’s Eleven and Spy Game. Then Leitch switched gears and began a career as a screenwriter, director, and producer, amassing an impressive body of work including John Wick, Atomic Blonde, and Deadpool 2. Pitt is pleased with Leitch’s achievements; he has nothing but praise for his buddy. 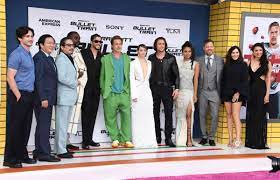 “He’s developed into a director with his own vernacular, his own language, and it’s really fun to see. And to get to come on board in that capacity and now with my director, David Leitch, the ultimate author of the piece, was really beautiful symmetry for our friendship.”

On a suspense-infused journey from Tokyo to Kyoto, Bullet Train is the tale of Ladybug, an assassin caught in a death match with his arch-rivals. The film is balanced between action and comedy, and Pitt deepened his character by drawing inspiration from pioneering comedian Buster Keaton and action star Jackie Chan.

The Bullet Train has begun playing in theaters.