Bosch keeps viewers on their toes with a vast array of characters and story lines.

Here is your unofficial reference guide for the people you will encounter or hear about in season 5 on Amazon Prime’s original series Bosch.

It can be tough keeping up with such a comprehensive cast of characters on Bosch. Sometimes, references are made to characters no longer on the series. Occasionally, it’s just a newspaper article referring to something from the past. Hopefully, this guide will help you navigate the many names and faces of Bosch.

Please note that any opinion characterizations are simply from my own personal take on the characters and not an endorsement from Michael Connelly or Amazon Prime. Also, keep in mind that this guide is not spoiler-free. 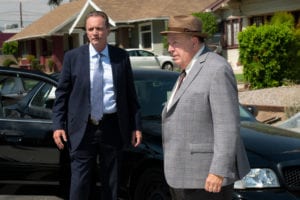 3 thoughts on “‘BOSCH’: Your unofficial character guide for season 5”