The end of high school / coming of age story isn’t new; every few years a new film is released hoping to depict the tortured life of young adults, with varying degrees of success (Eighth Grade, despite being set quite a few years earlier than most, is a great example of how to correctly showcase the anguish of school). Most feel artificial, like they were written and produced by someone who had never attended high school, while others – looking at you Superbad – happen to recreate the experience with relatively great success. But now we have Booksmart, which – if there is any justice in this world – will be known as the definitive coming-of-age movie for years to come. Yes, it’s that good.

Booksmart rests on the shoulders of Beanie Feldstein (Lady Bird) and Kaitlyn Dever (Last Man Standing) and wouldn’t work if they weren’t so believable in their roles. Being the anchor of a movie is a tall task for anybody to tackle, but Feldstein and Dever effortlessly slip into their parts; creating one of the most believable and memorable friendships ever put on screen. Feldstein and Dever effortless allow their characters to feel honest and nuanced, without ever compromising their realness. Dever is especially great as a young woman struggling to conjure up the confidence to speak her mind and become who she really is. The friendship is so believable that If these two weren’t friends before shooting this movie, then they sure fooled me.

Sure, the coming of age story is overdone, but most stories are. Occasionally a movie comes along which does something different with the age-old tale and finds a way to inject a sense of realism into the proceedings, a way to revive an oversaturated genre – this year, Booksmart is that movie. 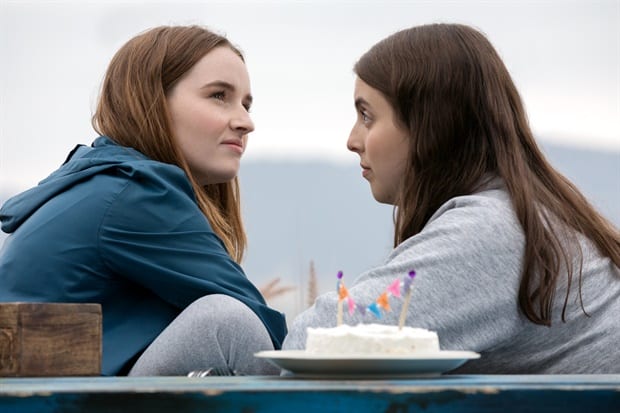 Booksmart features one of the most realistic depictions of high school life I’ve yet seen: the kids are fleshed out, they speak and act like high schoolers, they are more than their clique – nobody in this film is one-dimensional, despite many appearing that way at first glance. It is a film out to tear down the notion that school must be made up of the popular kids, the trendy kids, the nerds, the theater geeks – that all these people can coexist and respect each other; while often still being nasty to one another. Booksmart also prominently features members of all sexual orientations and does so without drawing attention to itself – it supports equality for all without preaching. It’s a welcome change and far more accurate of our current world than many films are.

The movie takes place within a 24-hour time frame, leading from the morning of the last day of school to a graduation ceremony. A hilarious introduction to the girls then leads to a great introduction of the supporting characters. I cannot stress enough how much most of these characters subverted my expectations – it’s my favorite thing about the film.

Molly (Feldstein) and Amy (Dever) have made it through their high school career with straight A’s and a bright future. They worked hard to get into great colleges, and it seems their life is set up perfectly for future success. Molly watches the other students and mocks them for their sense of fun – for not having enough urgency throughout the years – and laments their sad fate as she assumes most, if not all, will be stuck with a life of misery, low paying jobs, and lack of college. Her view is changed after an awkward interaction in the co-ed bathroom, which leads her to realize that despite the partying, nearly all of the people she had made fun of had gotten into the same college, or one of the same stature, as her – or, in one case, already landed a job at Google – but had managed to enjoy their time in high school as well.

This revelation throws her whole life off balance – had she made the wrong choices? Did she waste her time studying? She becomes determined to prove that her and Amy are fun, despite Amy feeling they have nothing to prove. After much urging on Molly’s part, the pair set off for the most popular kid in school’s party. Fate isn’t always kind, and the two-encounter multiple hilarious diversions along the way which I won’t spoil here. The fun is in the ride, as Booksmart constantly keeps you on your toes.

Throughout the night, the girls have run ins with various people, including a hilarious scene with a pizza driver, which gives the supporting cast time to shine; Skyler Gisondo as Jared and Billie Lourd as Gigi are two of the standouts, with Gigi being my favorite secondary character in the movie. Explaining why would spoil the fun – but she is hilarious throughout.

As a first time Director, Olivia Wilde has done an amazing job of capturing the bonds of friendship, the anxiety of growing up, and the awkwardness of intimacy. The film feels personal, like you’re secretly watching these two friends as they have heart to hearts and learn to cope with grief and struggle. She has created a high school masterpiece, full of raunchy moments, sex, drugs, alcohol and yes, heart.

To go any further into detail about either the plot or the night’s events would only serve to spoil the film. Just know this: Booksmart is one of the absolute best coming-of-age movies to be released in years and deserves your attention when it is released on May 24th, 2019.

Do you plan on seeing Booksmart? Let us know in the comments!