1. Bambi and Bambi’s mom can be seen during the song “Someone’s waiting for you” in The Rescuers. 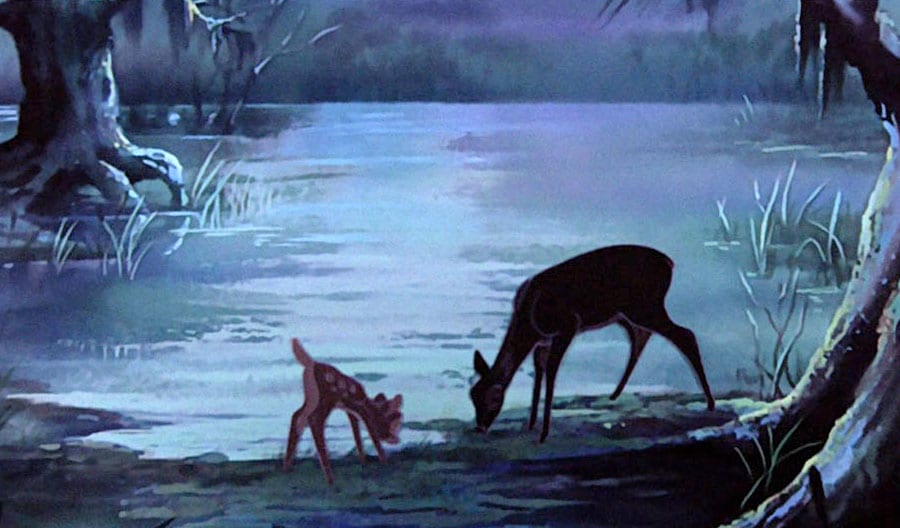 2. The movie posters for Toy Story 2 and The Jungle Book can be seen hanging on the fence in Meet the Robinsons.

3. Guess Zazu was right. Scar made a very nice throw rug in Hercules. 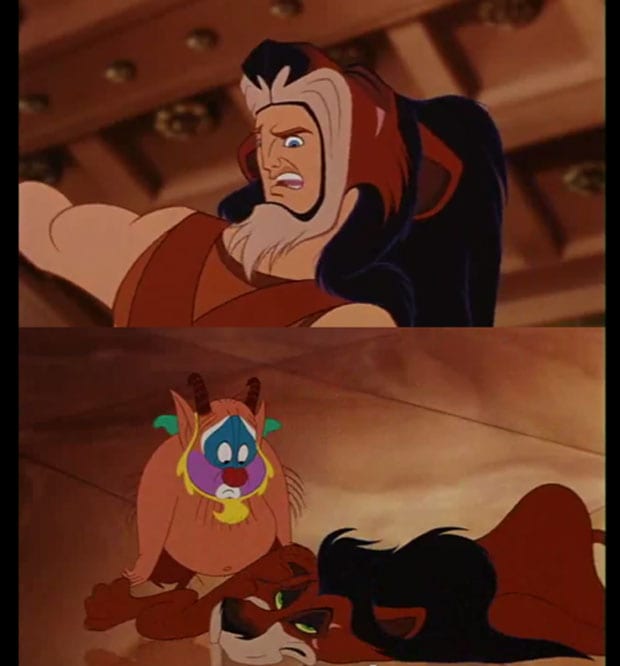 4. Mickey Mouse, Donald Duck, and Goofy can all be seen in the crowd during King Titon’s entrance in The Little Mermaid. 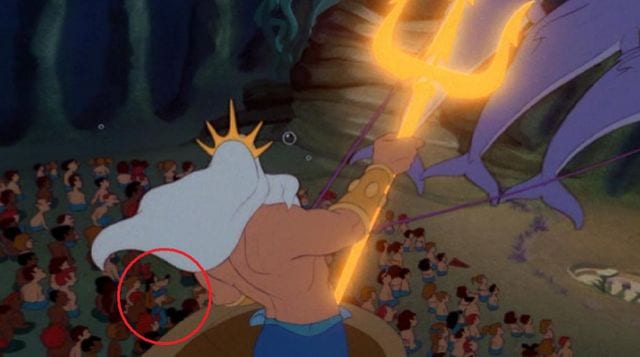 5. A Stitch doll can be seen in Jim Hawkins’ room when he was little in Treasure Planet. 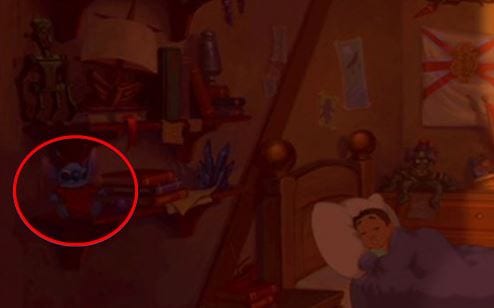 6. In the “I Had a Dream” scene from Tangled, Pinocchio is hanging from one of the rafters. 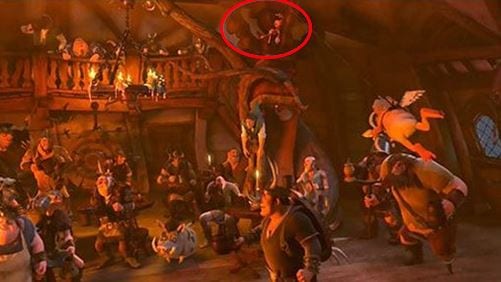 7. Nemo made a brief cameo in Brother Bear. 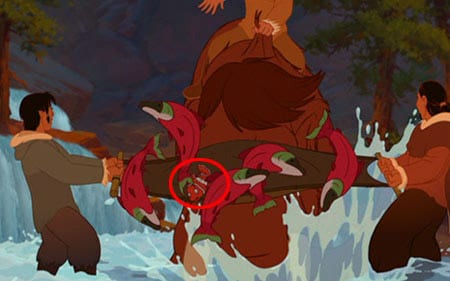 8. Frozen’s Hans is a wanted man in Big Hero 6. You Can see his notice on the board behind this officer.

9. In the town square shot in The Princess and the Frog, you can see a woman cleaning Aladdin’s magic carpet. 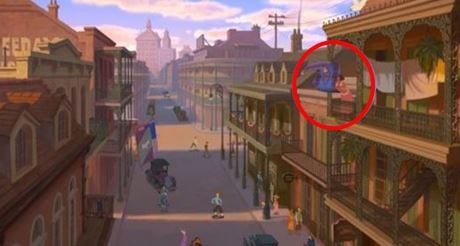 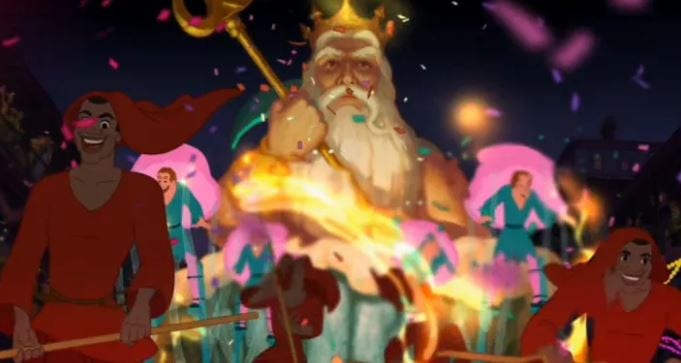 11. Mrs. Potts and the rest of her crew can be seen during the “Trashin’ the Camp” number in Tarzan. 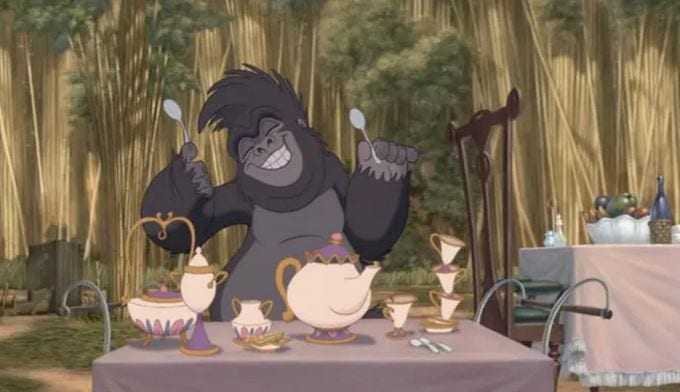 12. Whatcha doing there, bud? Jock from The Lady and the Tramp is chilling in the background of this hyena shot in The Lion King.

13. Even animated parents have to deal with the Frozen obsession. You can see these two little girls dressed up as Anna and Elsa in Zootopia.

14. One of my all time favorite easter eggs is Rapunzel and Flynn Ryder showing up for Elsa’s coronation in Frozen. 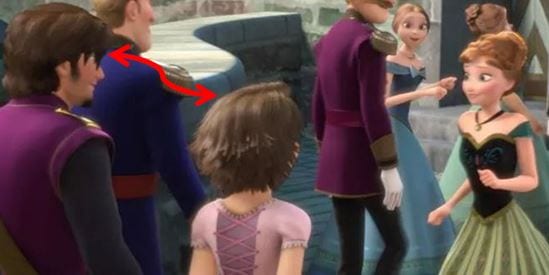 15. Pumba from The Lion King makes for a lovely statue in The Hunchback of Notre Dame. 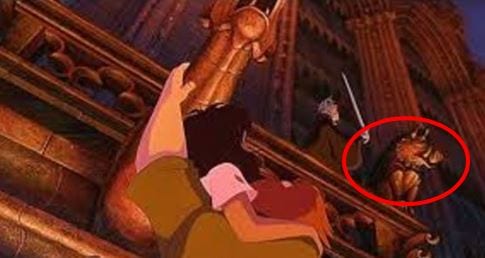 16. Have you ever noticed the Beast in the Sultan’s toy tower in Aladdin? 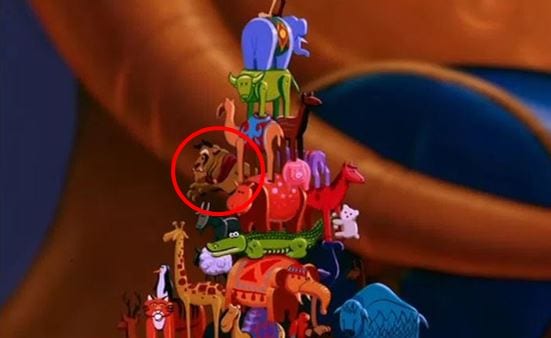 17. Cinderella’s own King and the Grand Duke made a little cameo in The Little Mermaid’s wedding scene between Prince Eric and Vanessa. 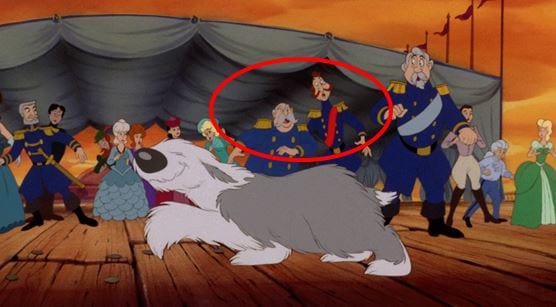 18. During the Twilight Bark sequence in 101 Dalmatians, Lady and the Tramp take to the streets. 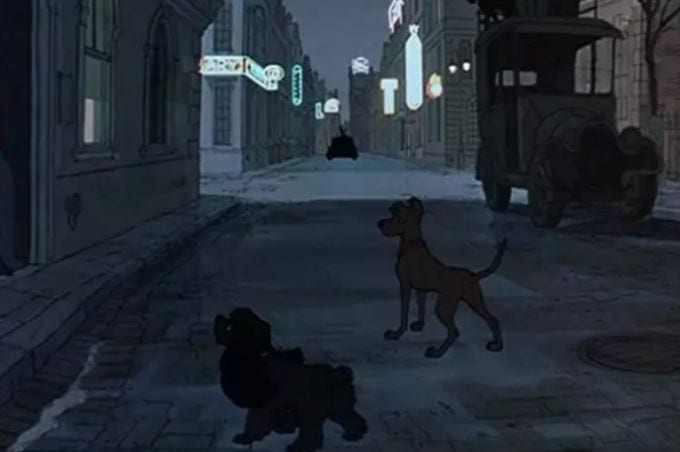 19. An itty bitty Mickey Mouse can be seen in Frozen. You really have to squint for this one! 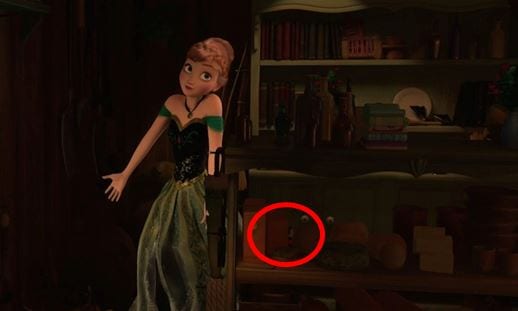 20. Nani from Lilo and Stich has a Mulan poster on her wall, making me wish that I had put one on my wall growing up. 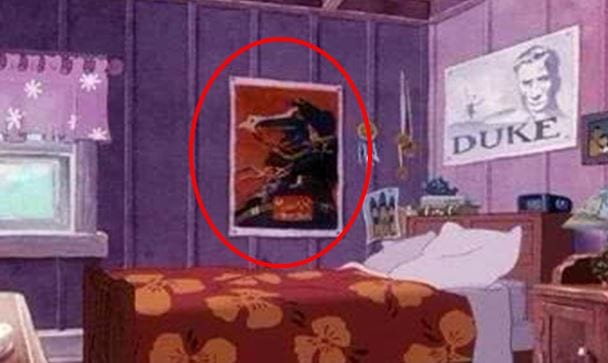 21. These three pups from Lady and the Tramp make a quick cameo in Oliver and Company. 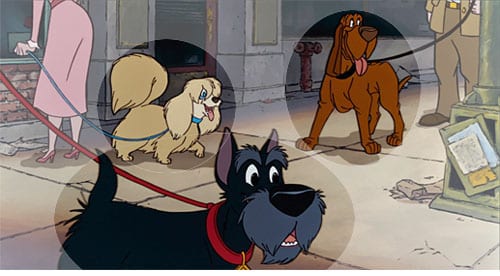 22. Hey, look who else is a huge Powerline fan? You can spot Mickey in the concert crowd during A Goofy Movie. 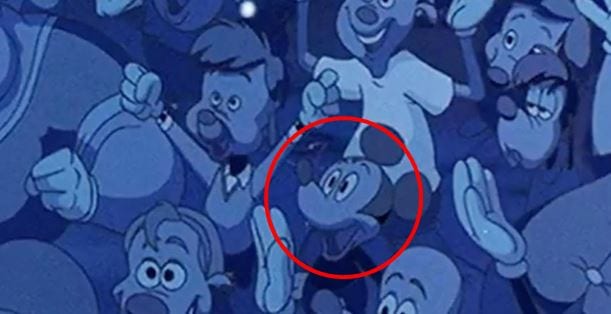 23. The evil snow monster from Frozen, Marshmallow, can be seen on a tapestry in Moana.

24. It doesn’t stop there though. Olaf’s nose and hand can be spotted on Moana’s boat.

25. And of course, Sven had a quick appearance when Maui is shape-shifting. This one was pretty hard to miss, but you gotta love when Sven gets some Disney love!

What did we miss? What’s your favorite Disney Easter Egg?

This article was originally published in 2017.