On Thursday, the second trailer for Black Adam debuted, welcomed by fans into a whole new DC Films world.

The trailer also offered a stunning look at what appears to be the JSA’s headquarters — a base of operations that has seen significant changes throughout the years.

In the Golden Age of Comics, the JSA operated out of an unassuming brownstone structure before moving to a mansion-like headquarters in the early 2000s. It appears that Black Adam will add his own spin on the structure, which you can see in images above. The JSA’s debut has been one of Black Adam‘s most anticipated elements, particularly given their rich comic book history.

“We ain’t no new Justice League,” Hodge said to reporters at a recent press event. “We came first. All right? Let’s get that straight. Justice Society was the very first superhero team in the existence of ever.” 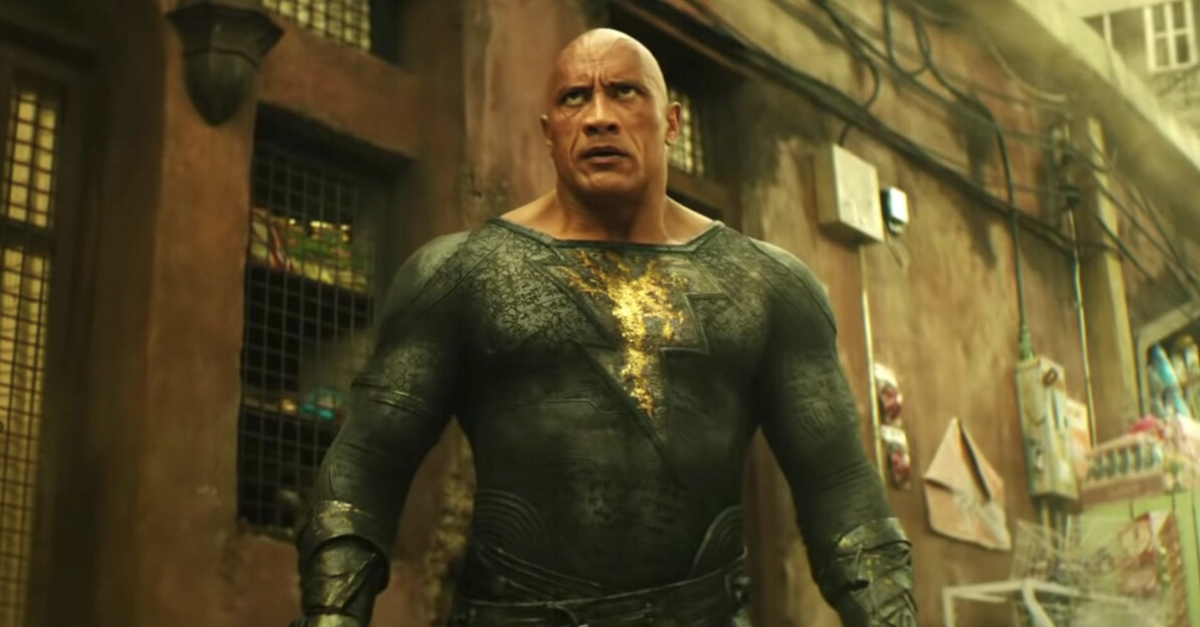 “Our entire production team and our amazing director, Jaume Collet-Serra, we all have unified, giant ambitions for what we want to do with these characters and the JSA and all those new members we’re introducing from Hawkman to Atom Smasher to Cyclone and Doctor Fate,” producer Hiram Garcia previously told Variety in 2020. “It’s an opportunity to put ourselves in the DC Universe, and really start to create a fun group of characters that audiences haven’t had the chance to see, but that a lot of them are familiar with.”

On October 21st, audiences will be able to see the latest installment of DC’s Black Adam.