Black Adam has finally begun filming as of last week, so it’s finally a reality! Black Adam is one character fans never thought they’d get an entire film for. It’s rare in general, I think, that villains get their own films. Hopefully, this Black Adam film is a step towards getting him to go up against the DCEU’s Shazam. We’re going to get to see a corner of the DC Universe that is very rarely explored. This is great news, as it will help Black Adam stand out from all the other DC films. Will it be dark, though? Yeah, probably, but that’s okay! Tuesday brought some Black Adam news, though. Stand-up comedian Mo Amer joins the cast of Black Adam! 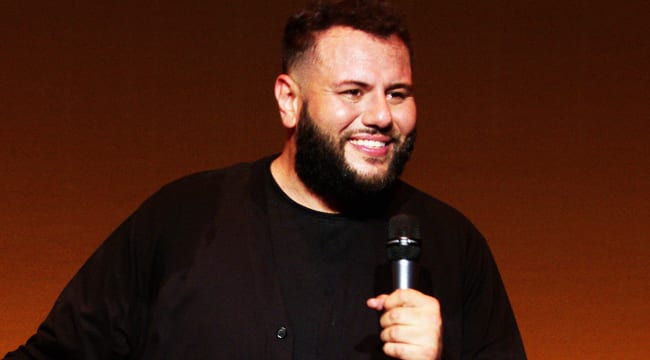 Mo Amer’s role is currently unknown, which is not surprising. I haven’t seen too many theories on who he could be either, but I’m sure the fans will take care of that shortly. Amer isn’t the only person in the film, of course. We’ve got Dwayne “The Rock” Johnson as the titular Black Adam. Then we’ve got  Aldis Hodge (Underground, The Invisible Man) as Hawkman, Noah Centineo (To All the Boys I Love Before, Charlie’s Angels) as Atom Smasher, Quintessa Swindell (Trinkets, Euphoria) as Cyclone, Pierce Brosnan (GoldenEye, Mamma Mia!) as Doctor Fate, and Sarah Shahi (Person of Interest, The L Word) as Adrianna Tomaz. James Cusati-Moyer, Marwan Kenzari and Bodhi Sabongui have been cast as well, we just don’t know who they are yet.

Hiram Garcia spoke tocomicbook.com last month about the film. “Obviously, you know how passionate we are about this project. This is very special to us, and you know, not only Black Adam, but JSA, and all these characters we’re introducing to the world and, what we want to do with it, we’re just… Look, we were supposed to have been filming last year. COVID, like it delayed everyone, it kinda got in the way, but we’re happy we’re able to pause, regroup, and now we’re going to be getting going, and by April we’ll be shooting and on track to bring this thing home.”

Hiram then went on to speak of Dawyne Johnson in the role of Black Adam, “The guy’s a walking superhero right, and if there was ever anyone born to play a character, it’s him. We’ve been developing Black Adam who knows how many… I feel like it’s been close to like a decade at this point we’ve been talking about this and on it and you see him in that and you’re like, ‘That’s him, that’s why we’ve been waiting, that’s why we’ve been working so hard to make this happen.’ This guy is Black Adam and he is going to change the DC Universe buddy. He’s gonna change that thing.”

How do you feel about Amer’s casting? Does it make you more excited? Or do you not care? I’m glad to hear that Mo Amer joins the cast just as they start filming!