Dwayne Johnson‘s long-awaited DC debut in Black Adam finally arrives tomorrow night. Despite some lukewarm reviews, fans of DC are excited to see The Rock take on the role. As of now, Black Adam holds a 55% critics score on Rotten Tomatoes. ComicBook.com‘s Evan Valentine awarded the film 3.5 out of 5 stars and called it a “fun, frenzied, and flawed film.” It was previously predicted thatBlack Adam could earn twice as much as Shazam! at the box office; however, Variety is reporting that movie is only expected to bring in $60 million domestically this weekend–though it still may win first place overall .

This weekend, Black Adam will be shown in 4,350 theatres across North America and is projected to beat Halloween Ends’s profits from last week. However, the DC movie will face competition from Ticket to Paradise, a romantic comedy starring George Clooney and Julia Roberts that is predicted to make $15 million in 3,500 theatres. Even though Black Adam cost $195 million dollars to produce, its total earnings are uncertain at this time. Right now analysts do not believe that it will surpass The Batman’s worldwide revenue of 770 million dollars–the current record holder for 2021. 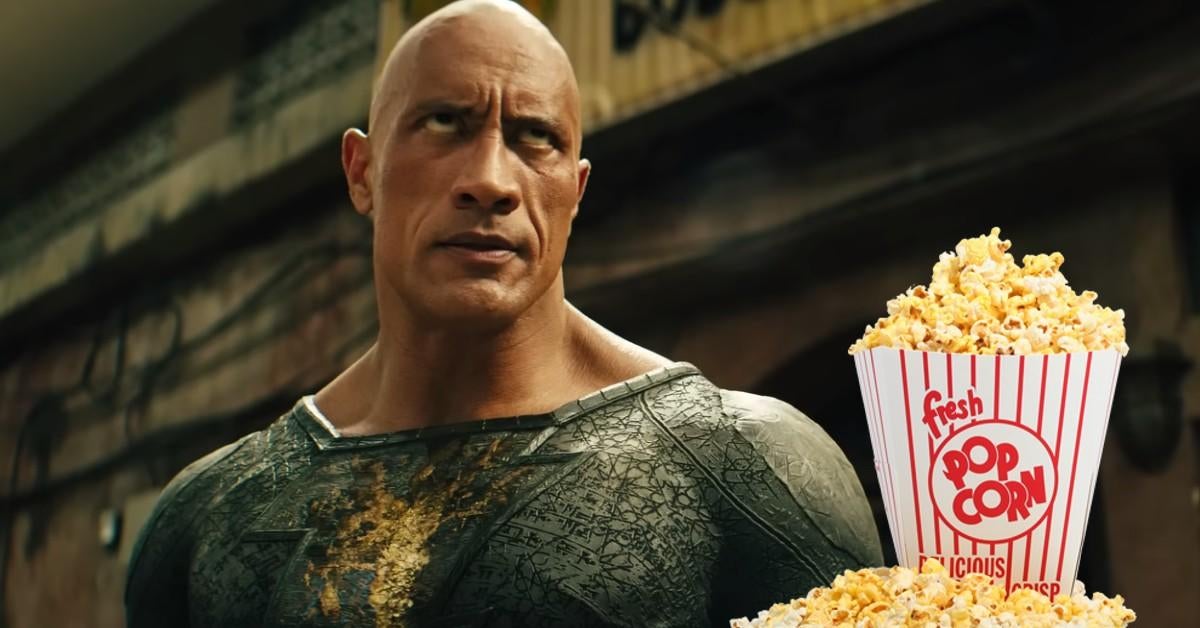 Is Superman in Black Adam?

Although Johnson has openly discussed wanting a movie featuring Black Adam vs. Superman in the past, it is unlikely that Superman will appear in Black Adam.

Jaume Collet-Serra, the director of Black Adam, stated that the movie is an original story not related to Superman or Shazam (via Deadline). He went on to say that at the end of the movie, the protagonist still doesn’t know who Superman or Shazam are. His final point was that the character has to figure out why he’s in this world and what it entails.

Who are the members of the Justice Society of America?

“We have Doctor Fate, Hawkman, Cyclone, and Atom Smasher. Hawkman and Doctor Fate are the senior members of the team,” Collet-Serra said in a DC Nation interview included in the pages of tie-in comic book Black Adam – The Justice Society Files. “For Doctor Fate, he’s almost godlike, so to have Pierce Brosnan, who is so warm and sensitive, made it the perfect combination.”

Carter Hall, a.k.a Hawkman leads the team and has “He’s a bit of a scientist and a bit of a gladiator. Atom Smasher is a little bit of the new kid on the black. He’s someone who’s very charming, but also isn’t quite sure if he’s on the right side. Finally, we have Cyclone, who comes from a lineage of heroes and has been imbued with nanotechnology.” Collet-Serra detailed. He’s tough yet still scientific, able to hold his own in battle. Then there is Atom Smasher who, despite being relatively new to heroics (or perhaps because of it), brings enthusiasm and charm with him everywhere he goes–even if he isn’t sure which side he should be fighting for yet. Lastly, we have Cyclone whose family history predecessors her as she fights crime equipped with powerful nanotechnology..

Save the date–October 21st is when Black Adam premieres in theaters!