Black Adam went and added a surprising new actor that actually has ties to Dwayne “The Rock” Johnson! Black Adam cast Uli Latukefu in a secret role! Black Adam is currently in production and Dwayne Johnson actually just showed up recently to where they’re filming. In the comics, Black Adam is the arch-enemy of Shazam, who is currently being portrayed by Zachary Levi in the DCEU! Fans are wondering when we might see the two meet, or even better go head-to-head! We have no idea who Latukefu is playing and apparently, we’re not supposed to. His role is supposed to be a secret, but I strongly suspect it will leak in good time. These things have a way of being revealed before they’re supposed to. 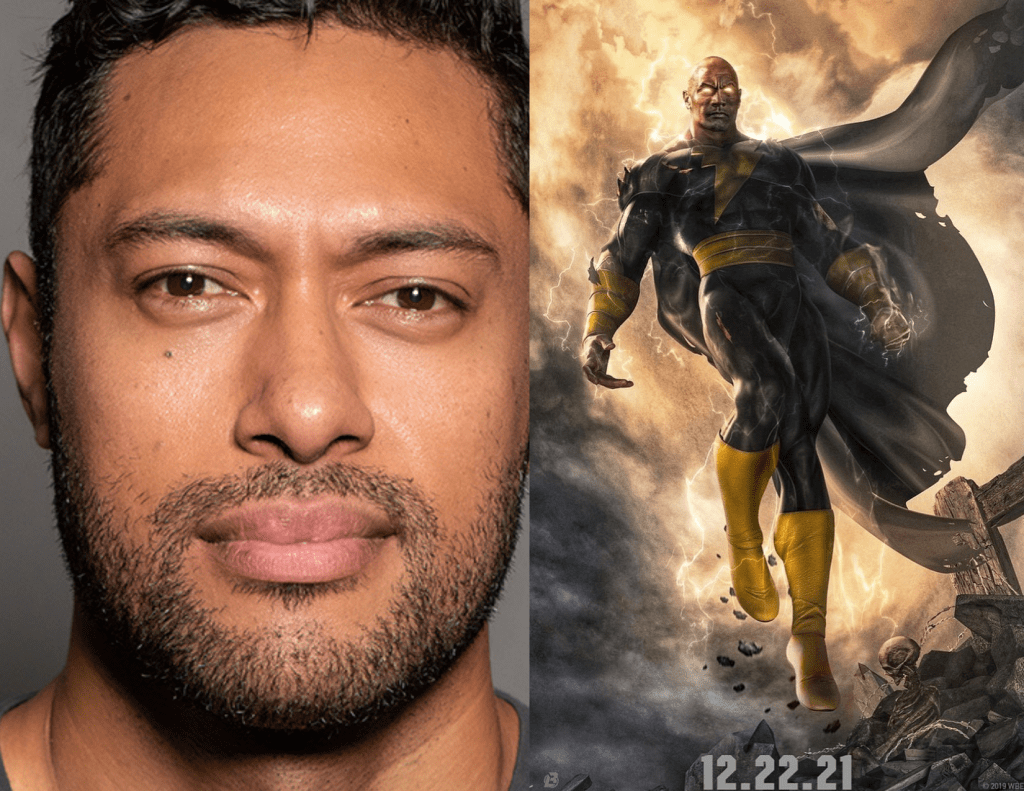 Latukefu isn’t the only actor who has been added to the cast of Black Adam recently! Pierce Brosnan as Dr. Fate, Aldis Hodge as Hawkman, Noah Centineo as Atom Smasher, and Sarah Shahi as Adrianna Tomaz are just some of the amazing cast this film has going for it. Production is really starting to ramp up right now, ahead of the film releasing in 2022.

The Rock spoke about his decision to take on the role of Black Adam. He probably could have had his pick of roles but he chose to step into the universe of Shazam, instead!

“Like most kids growing up, I dreamed about being a superhero,” Johnson previously said of the film. “As a kid, Superman was the hero I always wanted to be. But, a few years into my fantasy, I realized that Superman was the hero, I could never be. I was too rebellious. Too rambunctious. Too resistant to convention and authority. Despite my troubles, I was still a good kid with a good heart – I just liked to do things my way. Now, years later as a man, with the same DNA I had as a kid – my superhero dreams have come true. I’m honored to join the iconic [DC Universe] and it’s a true pleasure to become, BLACK ADAM. BLACK ADAM is blessed by magic with the powers equal to SUPERMAN, but the difference is he doesn’t toe the mark or walk the line. He’s a rebellious, one of a kind superhero, who’ll always do what’s right for the people – but he does it his way. Truth and justice – the BLACK ADAM way.”

Are you pretty excited for Black Adam? Or do you just not care? Let us know in the comments!