Bindi Irwin took to Instagram on Sunday, Father’s Day in Australia–and the 16th anniversary of her father Steve Irwin‘s death–to share a photo of herself as a child with him. The 24-year-old Crikey! It’s the Irwins star captioned the post with an emotional message commemorating “Grandpa Crocodile” Steve Irwin.

“Grandpa Crocodile, I know you would’ve been the most incredible grandfather because you were such an extraordinary dad. Thank you for being an amazing guardian angel for [17-month-old daughter Grace],” Bindi stated in her tribute to the late Animal Planet star.

Robert, Bindi’s younger brother, also shared a photo with his father from his childhood on Instagram. “It’s Father’s Day today in Australia, and I am sending my love to those who are missing their dad today. I cherish all the good times with my dad and feel grateful to be able to keep his memory and legacy alive,” he wrote.

On Sept Steve died when he was stung by a stingray while kayaking in the Caribbean on June 4, 2006. He was 44 years old.
The Irwins have honored Steve Irwin’s legacy as a Wildlife Warrior since his death in 2006, with Bindi and Powell naming their daughter Grace Warrior when she was born merely a few months ago.

The Dancing With the Stars alum wrote on Instagram shortly after the birth of her daughter, “Our graceful warrior is the most beautiful light,””Grace is named after my great-grandmother, and relatives in Chandler’s family dating back to the 1700s.” 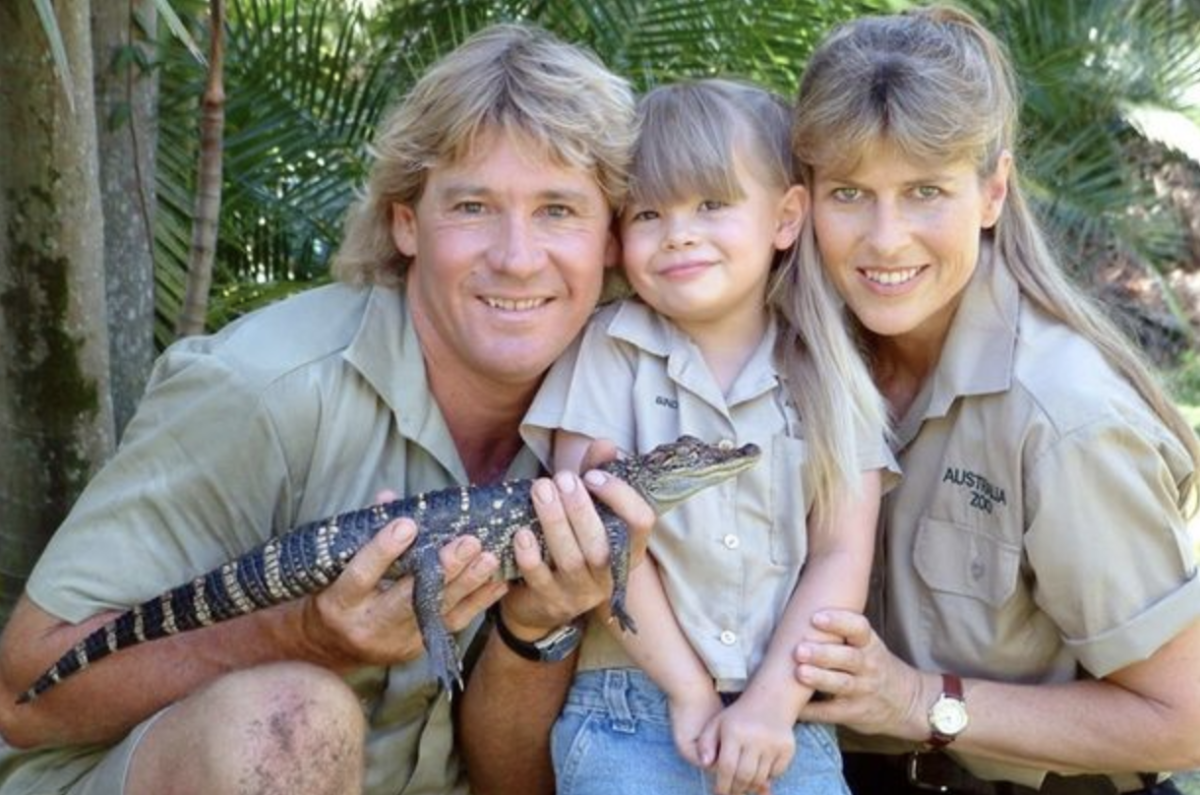 Bindi has been keeping her father’s memory alive with her little girl, sharing a video last month of Grace pointing at a photo of her “Grandpa Crocodile” at the Australia Zoo. BindiIrwin shared a video with watery eyes, writing in the caption, “My grandma, Bunny, and grandpa, Crocodile with Grace, call my parents. She loves them (and koalas) dearly.”