Months after Billy Ray Cyrus and ex-wife Tish Cyrus announced their divorce, he is dating Australian singer-songwriter Firerose, according to a Cyrus family source on Wednesday.

“They’ve been dating for a little while,” the source claims to PEOPLE. “They grew close while working on music together. It is what it is. He and Tish were over before he started dating her.” Before he began dating Tish, he and Tom were already over.

Last week, when Firerose posted a photo of herself sporting a diamond ring on her finger,61-year-old Billy Ray caused engagement rumors. According to the source though, an engagement is doubtful.

This past August, she seemed to confirm their relationship with a birthday post. 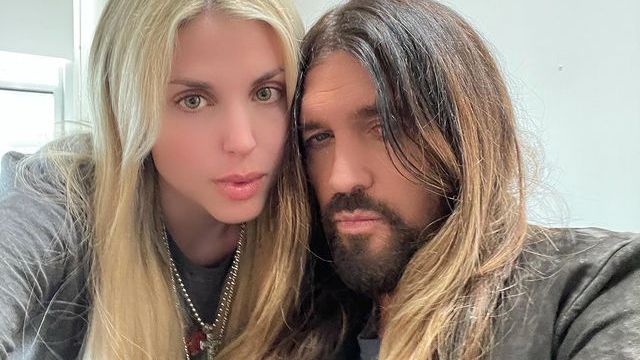 Tish filed for divorce from Billy Ray in April, citing “irreconcilable differences,” according to documents obtained by PEOPLE. Tish also said that the couple have not lived together in more than two years–this marks their third separation in 28-years of marriage.

The singer and Tish married in 1993, and they have five children: two daughters and three sons.

On May 24, the former couple spoke out about their split for the first time in years.

“It is after 30 years, five amazing children and a lifetime of memories, we have decided to go our separate ways — not with sadness, but with love in our hearts,” read a joint statement issued by the couple via a family representative exclusively to PEOPLE. “We have grown up together, raised a family we can be so proud of, and it is now time to create our own paths.”

After carefully deliberating, we have decided that it is in everyone’s best interest if we dissolve our marriage. We will always be family and friends first and foremost, and remain committed to co-parenting our children with love and respect.

In 2010, Billy Ray filed for divorce before revoking the petition less than six months later. In an interview with The View at the time, he stated “I’ve dropped the divorce. I want to put my family back together,” Things are reportedly going well for the family now.

Three years later, Tish again filed for divorce in June, but she and Billy Ray announced to fans they had saved their marriage through counseling.

In a 2016 conversation with People, Billy Ray revealed that the pair had successfully switched to a more deliberate approach to their relationship. “It’s like everything in life,” he remarked. “You take it one step at a time. One day at a time. I think one of the most important things in life and in a relationship is, you make adjustments.” One day at a time is also essential for individuals and relationships, according on the musician.