Bill & Ted returned this year with stars Alex Winter and Keanu Reeves for Bill and Ted Face The Music. The first film in the comedy/sci-fi series since 1991’s Bill & Ted’s Bogus Journey.  This Friday, fans will have the ability to bid and win costumes and props from the third film in the franchise.

The auction is coming to you from The Prop Block and it will begin on November 15th on iCollector. There are all of the key costumes from the film from its two stars, along with some really cool props used throughout the film.  There are nearly 200 items from the film and they can be yours!

Here are some highlights from the auction: 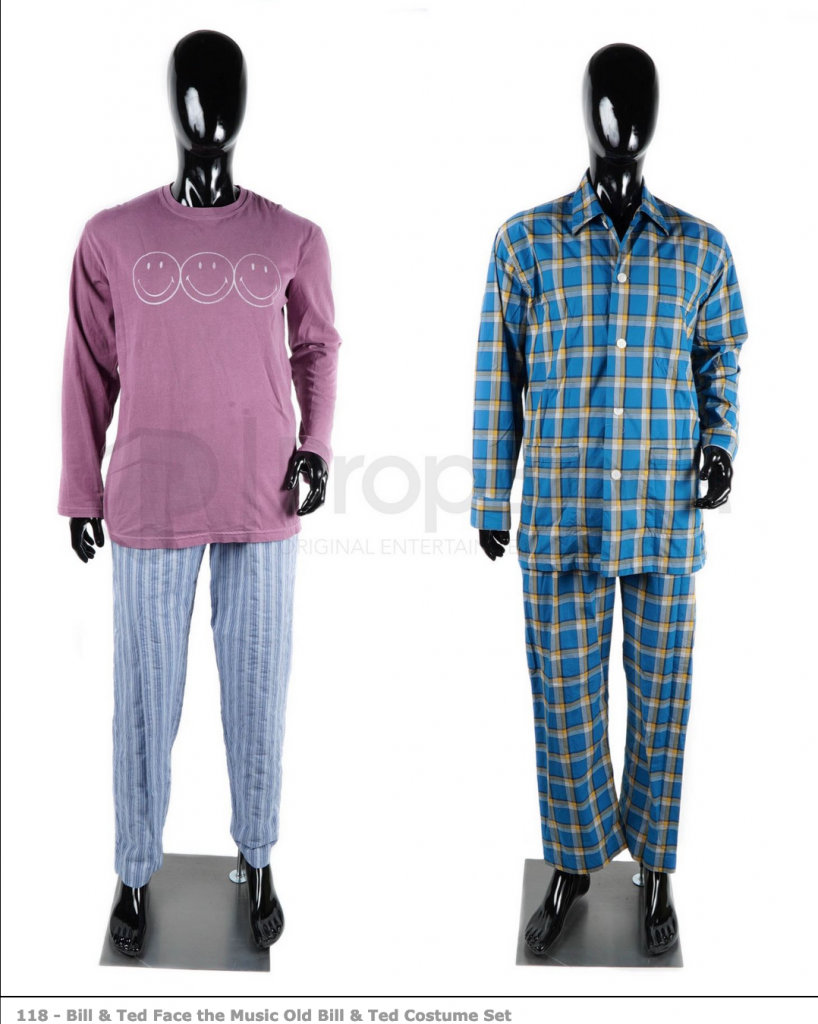 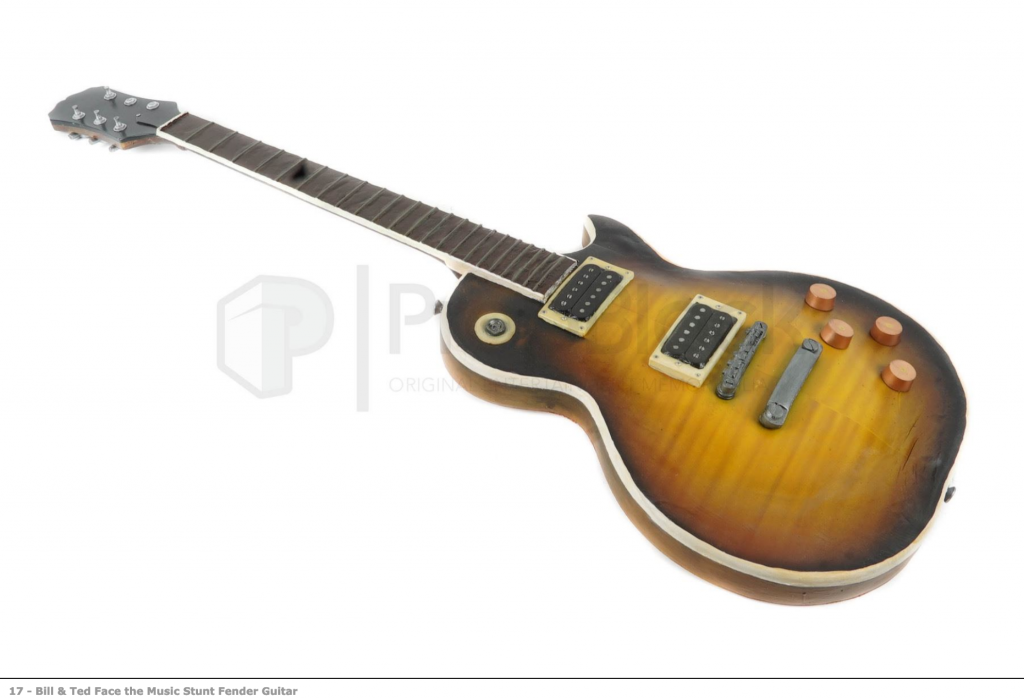 Click here to check out more of the awesome props from the film!

According to Entertainment Weekly, “This third Bill & Ted film (August, 2020) finds Winter’s Bill S. Preston Esq. and Reeves’ Ted Theodore Logan III still trying to create music for their band, Wyld Stallyns, which they learned back in 1989’s Bill & Ted’s Excellent Adventure will inspire the utopian society of the future. “They were told when they were teenagers that they were going to save reality, and they’ve been working on it the whole time,” says Matheson. “Now an emissary from the future comes and says, ‘You’ve got to do it right now. We’ve got literally 80 minutes or all of reality will come to an end.’””

The pair are aided in their quest by their daughters. “The daughters really love their dads’ music and want to help them,” Matheson says.

Take a most excellent look at the other images Entertainment Weekly shared below!

Let us know your thoughts on this third installment of Bill & Ted below in the comments! Will you be bidding in the auction?