When Better Call Saul was announced four years ago it would have been easy to write it off as trying to cash in on the popularity of Breaking Bad. Breaking Bad was a pop culture phenomenon that no one wanted to see end, and the idea of Saul seemed like a way to keep that dream a live a little bit longer. I for one was apprehensive about the show as I’ve never been a big fan of spin offs. There’s so much that could go wrong. If you think about the long history of television there is only one really successful spin off that comes to mind… Fraiser. Outside of that shows have tried to preserve the magic and most have flopped pretty hard. Think back to Joey or The Lone Gunmen both of which were very real terrible things. There’s also The Brady Brides and Saved By the Bell: The College Years which were both respectively hot messes. I didn’t want Saul to be categorized as something like that. Mostly because I loved Breaking Bad so much and didn’t want to see any type of blemish on its legacy. My reasons were purely selfish but it didn’t stop me from being curious. With Vince Gilligan being involved Saul had the potential to be better than most spin offs.

With that being said, I would like to take this moment to publicly apologize to Better Call Saul and Vince Gilligan for ever doubting them. Saul isn’t just another television spin off, in fact this show can easily stand on it’s own, as it is a master class in television. Bob Odenkirk’s portrayal of Jimmy McGill is tremendous as his layered performance totes the lines of vulnerability, shadiness, and ambition. This is more than just a spin off to Breaking Bad, Saul looks to tell new stories that not only have heavy feels but also lay some of the foundation of Breaking Bad without compromising Jimmy’s story. Nothing shows up in Saul for the sake of being nostalgic, every piece that we see not only serves the narrative but expands this universe. There is no wink and nudge moments here. With Saul we get story telling at it’s finest and a set up to what could arguably be the greatest show in television history.

At it’s core Saul is a story about two brothers and tackles themes of family jealousies and what these rifts can create. The relationship between Chuck and Jimmy is strained at best (hello understatement), and as we enter season three it is becoming abundantly clear that Saul Goodman could not have come into existence if it wasn’t for Chuck McGill. With Saul we have two brothers, one that abides to the rules of life and wishes to leave a legacy and another who is willing to cut corners and lives a more laid back kind of life style. The thing is both of them sort of want the same thing. Jimmy sees in Chuck the pinnacle of what life can be and spends his existence trying to meet those expectations, but he’s not cut that way. Jimmy’s personality and way of living prevent him from being just like Chuck but it doesn’t stop that from being the objective. All Jimmy wants in life is to be seen as an equal to his brother, and Chuck does everything in his power to make Jimmy believe it’s not possible. Whether it’s quaffing at the idea of Jimmy becoming a lawyer or constantly talking to him as if he’s worthless, Chuck’s disdain is putting in the ground work to the gaudy dressed lawyer we see in Breaking Bad. Every hero or villain has a moment in their origin story that leads to who they become, and I’m not saying that Jimmy/Saul is a hero or villain as both Bad and Saul rely on gray areas that allows the viewer to make their own choice, but I will say that Saul Goodman will emerge out of the shadow cast by his brother. Jimmy McGill will figuratively die at some point and out of his ashes will emerge a man that has no ties to anything. There will be no pinnacle anchoring him to reality, there will only be action out of spite. Saul will aim to be the anti-Chuck. 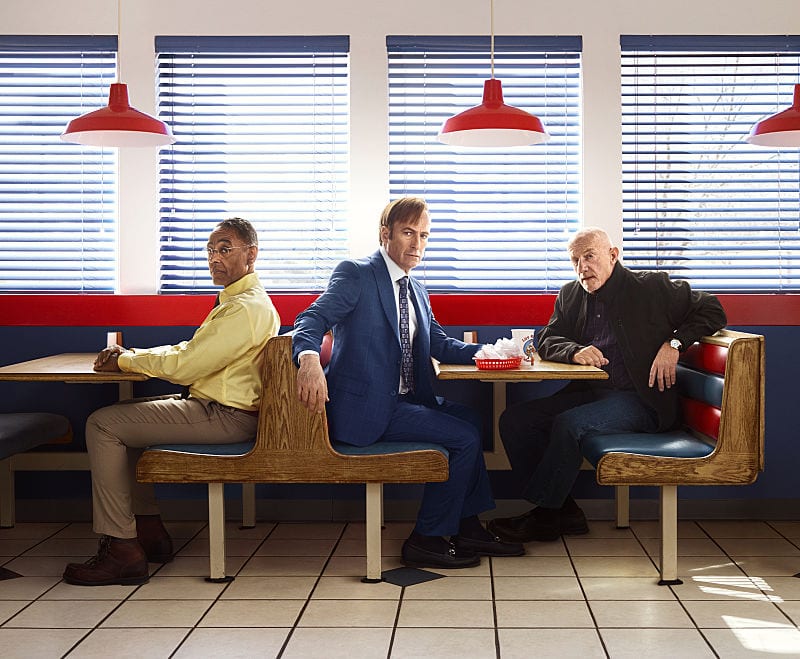 Which brings us to what to expect from season three. When we last left Chuck and Jimmy, Jimmy had admitted to forging documents in order to return a big client to his kind of girlfriend Kim Wexler. Unbeknownst to Jimmy though, Chuck recorded the entire conversation and will most likely use it as some sort of leverage or worse. Knowing what we know about Chuck and how much he loves the law one could safely assume that he would easily turn Jimmy into the police, which begs the question, what will happen to Kim? I’ve often said that I believe that Kim will be the shows biggest causality as she’s been stuck in the middle between two warring brothers. Last season she willingly ignored/acknowledged Jimmy’s involvement with these forged documents, and while she has displayed a taste for the wild side (conning people is fun kids), she is not cut out for the repercussions. We know from Breaking Bad that Jimmy and Kim are no longer partners and I would argue that the death of Jimmy McGill will somehow also lead into the damnation of Kim Wexler.

But that’s not all kids, there’s more. Better Call Saul also plays out as the origin story of Mike Ehrmantraut, who is brilliantly portrayed by Jonathan Banks, and this is where the story gets its most Breaking Bad on. Last season ended with Mike wanting to get revenge on one very much walking Hector Salamanca, you might remember him and his bell from Breaking Bad, and right before he can pull the trigger his car horn starts going off making him abandon the moment.  We saw that Mike’s car was rigged into causing the distraction and there’s a note on the windshield that simply reads, “don’t”. Immediate thoughts were this had to be every ones’ favorite chicken restaurant owner, Gus Fring, and if you’ve being paying attention to any of the marketing tools for season three then you know we were very much right. Season three of Saul will look to explore Gus’s eventual rise to power, and possibly how Hector winds up in that wheelchair, while showing us just how this empire of Mike, Gus, and Saul starts to shape up. For me, that’s one of the most exciting prospects of this season. I’ve fallen in love with both Jimmy and Mike’s story and I think that makes this turn into Breaking Bad territory more special. We were allowed to love them as characters instead of Breaking Bad set pieces. 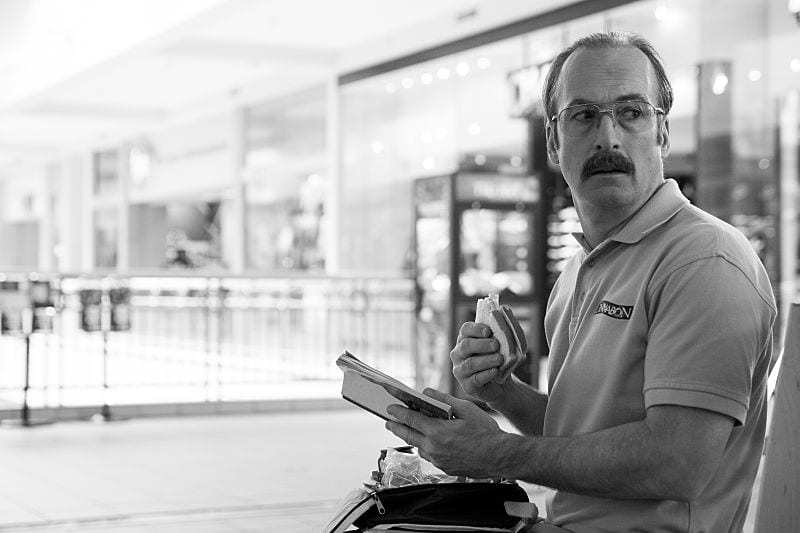 There you have it Geeklings, there are tons of things to look forward to on this season of Better Call Saul. For starters will we see any more of current time Saul and his managerial duties at Cinnabon? I would argue that this is some of the most intriguing stories of the show as it displays life after Walter White. Will this be the season where Jimmy actually becomes Saul? How quickly will Gus rise to power and will it lead to Hector’s “accident”? And the big one, will we ever see Jesse Pinkman again? I have a theory about that I’ll share at another time. In the mean time sound off in the comments below with what you’re looking the most forward to this season. Are you happy Gus is back or arrived, depends on how you look at it. I’m all types of excited to be reviewing Saul with you guys again. See you all Tuesday with my review! Happy viewing and many huzzah!