Okay, check your bingo cards. Now be honest, who had “name made up for a commercial that is used to sell commercials” as the origin of the Saul Goodman name? Anyone? Did anyone pick that? Bueller? Bueller? Good, I wasn’t alone then.

Last nights episode had the extremely tough task of following up, arguably, one of the best episodes of the series and delivered something that started the transition to the next phase of this show. As we can tell from Jimmy’s attitude last night towards Chuck’s ex-wife, his relationship with his brother is over. Jimmy is in complete don’t look back mode and is cutting off Chuck. Is it fair? To some degree I think so. Jimmy’s hurt and feels betrayed by his only living family member, once you add in the fact that Chuck could really give a damn about Jimmy… yeah, it’s sort of fair. Does it make it alright? No, I feel for Jimmy here and kind of feel that he doesn’t really want to rid himself of Chuck but needs to either make a point or stand by what he said before he got arrested, that whole Chuck is going to die alone thing. As hurt as he is, Jimmy still wants a connection with his brother but is working at separating himself from the situation. I believe that maybe the first step to becoming Saul Goodman is eliminating emotion. I kind of antiquate it with the Robert De Nero philosophy in Heat, “don’t fall in love with something you can’t leave in thirty seconds.” There’s a special kind of coldness there and it seems that Jimmy could be heading that way. 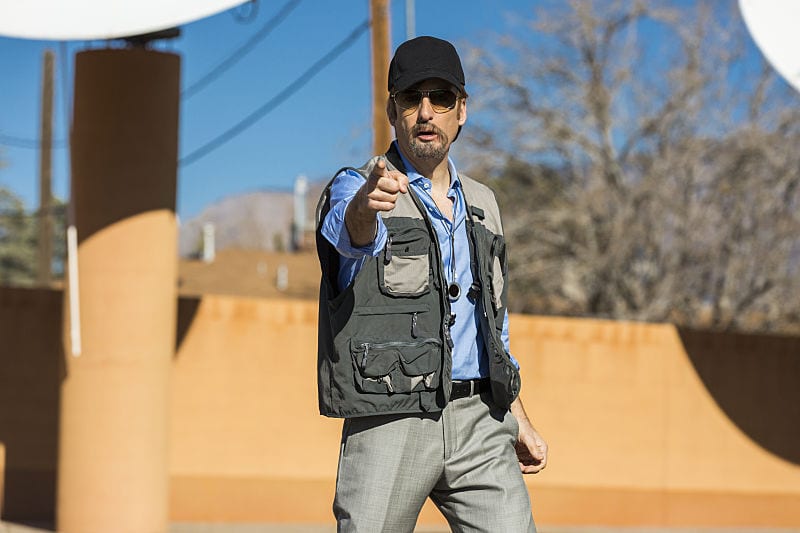 Meanwhile Chuck is doing everything in his power to move on from this embarrassing chapter in his life and that includes avoiding his ex-wife at all costs. Good thing Howard had all night, and some super expensive scotch, to persuade Chuckers to open the door.  It seems that Howard’s visit was a blessing as it was the pep talk Chuck needed to try and move on. They both agree that Jimmy isn’t worth all this and as they sip their crazy expensive drinks in the dark. Yay for being rich/dead inside lawyers! This prompts Chuck to go into Rocky training mode as he grabs a hold of a battery in the hopes of getting used to the electrical current. I can’t be the only one who believes that this is going to end up all types of bad, right? In yesterday’s preview column I may have re-visited my “Chuck is going to die theory” and this did nothing to change my mind. I mean, good for Chuck trying to move past his totally mental condition but I’ve got this feeling that he’s going to push too hard and this totally mental condition is going to kill him. I’ve been sick lately and maybe that’s resulting in this dark theory. I don’t know. Sounds plausible, doesn’t it?

While all that stuff made for interesting and compelling television it was the strange origin story of the Saul Goodman name that kind of stole the show (and a guest appearance but we’ll touch on that shortly). This whole Jimmy vs Chuck Courtroom Battle Royal resulted in a twelve month suspension for Jimmy, and all things considered that’s not too bad. But there’s a lot of fallout to be had here. Kim suddenly faces paying for their office by herself, clients need to be made aware that Jimmy is “going away” for a bit, and commercials need to be pulled from the air at the very last possible second. Too bad all that air time has already been paid for. If only there was a solution…

Of course there was a solution! This is Jimmy McGill we’re talking about. Leave it to Jimmy to figure out that selling his commercial, with free air time, as the best solution to make up the money he’ll be losing for the already paid ads. Which allowed us to see the Inception of commercials as Saul Goodman, fake facial hair, sunglasses, and all tells his audience, with the most star wipes ever, that he will help them make a commercial and get it on the air in a short amount of time. Thus a legend is born. Instantly that voice felt like a version of the Saul Goodman character from Breaking Bad. This version wasn’t as vibrant, cocky, or loud but there was a foundation there. Who would have thought that his birth place would be for a last minute commercial ad? In retrospect though it’s the only logical birth place for Saul Goodman. Makes it kind of poetic, doesn’t it? This discovery finally brings the name to the show and confirms what we’ve already known, that it’s a play off of the phrase, “it’s all good man”. 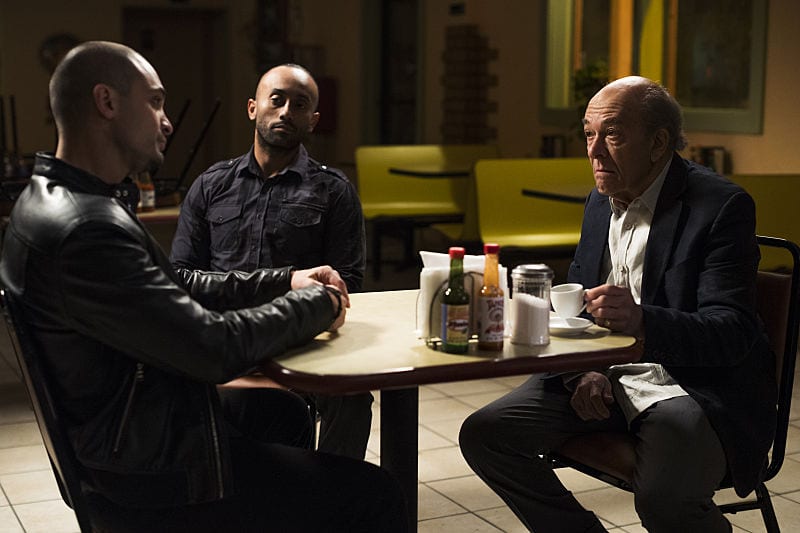 Now it jut becomes a matter of time before this “character” consumes Jimmy. What else is he going to do? Jimmy can’t really do anything for the next year, but Saul… well, the world is his oyster. I expect to see Saul Goodman to start bleed from the screen to real life as Jimmy loses track of what is real and what is character. Saul can be larger than life, what can Jimmy McGill be? A sad sack who love/hates his brother while he helps the elderly. Saul Goodman can take on the world because he has not attachments. Last night wasn’t just the origin story of a name but also the beginning of the end of a man.

Some other things to touch on real quick- 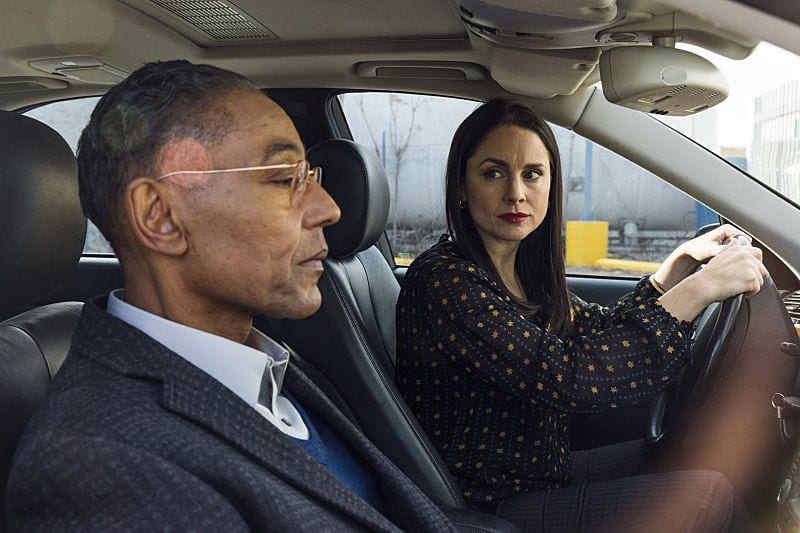 There you have it Geeklings. Only four episodes left and the name Saul Goodman is out there. How long before you think Jimmy fully commits to being Saul? Is Nacho the key to getting to Hector? Will Chuck’s exercises in electricity tolerance be the end of him? Sound off in the comments below. If you’d like to talk more Saul or Breaking Bad you can find me on Twitter @iamgeek32. Until next week my friends!