When we last left Jimmy he was probably at the lowest we’ve seen him yet. Money is scarce. Selling commercials isn’t as easy as one would think. College kids are offering him hand outs. On top of that he’s unable to get his lawyer on. While he holds a victory over Chuck it seems that everything Jimmy was fighting for is slipping away which works considering the title of this episode is “Slip”. There are a few different ways to take this but I think the main one focuses on the Slippin’ Jimmy name we were introduced to at the start of this series. With no law practice to keep him honest and no money to keep him afloat I think we’re on the cusp of watching Jimmy slip back into that mentality. He’s always been a con man at heart but his cons have been used out of necessity opposed to just the love of the game. What happens when Jimmy has nothing else to do?

The Saul Goodman persona is alive and in it’s in that leg finding stage. Currently he’s just a character used on television used to sell commercial time, but at some point he’s going to make the jump from the television screen to real life. Could this down period in Jimmy’s life be what causes that? The Saul Goodman persona’s emergence reeks of desperation. A man who has nothing else needs an escape. A reason to feel alive. How much longer before Jimmy starts to lose track of all the hard work he’s put into sort of reforming himself and becomes the man who hands out Hello Kitty cell phones to endangered meth dealers?

Elsewhere Kim is starting to crack, whether under the pressure of her job or the guilt of what Jimmy and her did to Chuck. Granted, the Chuck thing was one of those “all fair in love and war” type deals but she still played a very active role in stripping the man of his dignity. Now she has a massive client in Mesa Verde that she knows she obtained by foggy means and all the that hard work comes off the price of destroying another mans career. Snapping at one of her employers last week was a very un-Kim like move and one has to wonder as these last few episodes of the season play out if Kim is going to have more outbursts like that. Could Kim sabotage her career because, unlike Jimmy, she is incapable of bearing the burden of compromising her character? 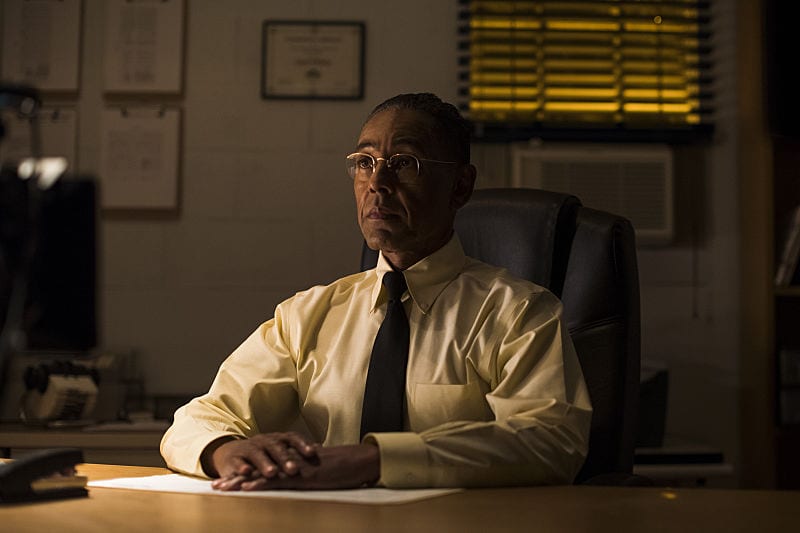 Then you’ve got the whole Mike/Nacho/Hector/Gus angle where things are going bad… Breaking Bad that is (see what I did there?). Nacho is valiantly trying to keep his father out of the drug ring and plans to kill Hector. We know from Breaking Bad wheelchair bells that this is not a good plan. Not even a little bit. I’ve enjoyed the Nacho character, especially a couple of weeks ago as his angst was on full display, but I don’t feel that he’s long for this universe. There’s no way his poison Hector with pills plan goes well and most likely gets him a whole lot of dead. Where does that leave Mike who is now involved?

Well the obvious answer would be he comes in to avenge his sort of friend or better yet, seeks the aid of Gus to help avenge the wrath of Hector Salamanca. I think we’ve reached a point in the relationship between Gus and Hector where he would give Mike the green light to take out Hector. Of course this won’t go as planned (ding ding) but I don’t think Gus will mind so much. Especially since it results in Hector out of the bigger picture.

Then there’s Lydia. There’s no way the show brings her back as casually as it did for her not to be a bigger player in this story.

With only three episodes left there are still a number of loose ends to be tied up and one has to believe that these final episodes are going to be ten pounds of tension in a five pound bag. What do you think Geeklings? Do you expect Nacho’s plan to work? How long before Gus gives the green light for the hit on Hector? Is Kim burning out and in trouble of keeping her client? Will Jimmy slip back into the behavior he’s tried so hard to keep at bay? Sound off in the comments below. If you’d like to talk all things Saul or Breaking Bad you can find me on Twitter @iamgeek32. See everyone back here tomorrow with a hot fresh review.