Last weeks Better Call Saul might have given us the resolution we had been searching for on the whole Jimmy and Chuck sibling rivalry. Two and a half seasons worth of story telling culminated inside that courtroom, appropriately, where it was given the spotlight and tension it deserved. Both Bob Odenkirk and Michael McKean delivered in spades as the relationship between the McGill brothers was brought fully to light in an explosion of tension and heartbreak. While Chuck’s recording of the confession and trying to get Jimmy disbarred may have been the first real battle, in a war they’ve been fighting their whole lives, it was Jimmy revealing that Chuck’s illness was all in his head that might have won the war. It shows Chuck as unstable and maybe slightly unreliable in the eyes of the preceding judges, and might give some traction to Jimmy’s case that he was “saying anything to make his crazy older brother feel better”. On top of that Chuck is done. It’s over for him. How could he possibly recover? The firm will find him to be too much of a liability at this point and his reputation is truly damaged and I fully expect that weasel Howard to start to phase him out.

Is this what Jimmy wanted? I’m not entirely sure. I know that when Chuck backed him into a corner, Jimmy went into survival mode. Mix that with a lifetime worth of brotherly neglect and we get what happened in the courtroom. But where do we go from here? It feels that one of Better Call Saul‘s biggest story threads is coming to a close and I fully expect this weeks episode to start to deal with some of that fallout. Where does Chuck go from here? And more importantly, where does Jimmy go? Chuck’s testimony had to hit him hard, and as I’ve said before, I think it’s Chucks neglect and disdain as a brother that leads to the changing of names. If this trailer is any indication, just listen to the last thing that is said, then we are closer to the arrival of Saul Goodman than we’ve ever been. While I still believe that Saul’s birth is kind of heartbreaking I am excited to see what it brings to this part of the Breaking Bad universe. A universe where Kim Wexler still exists and Francesca is optimistic and unjaded (is unjaded a word? I don’t think it is. Will you guys let it slide? I kind of dig it). I think the next direction for this series is what Saul Goodman does to Kim Wexler and why we don’t see her in Breaking Bad. I also believe that my theory from last season, the death of Chuck, might come back into play before this season ends. Is there anything for Chuck to live for if he can’t be a lawyer? What could that possible death do to a newly developed Saul? There would really be nothing anchoring him at that point. Just a thought. 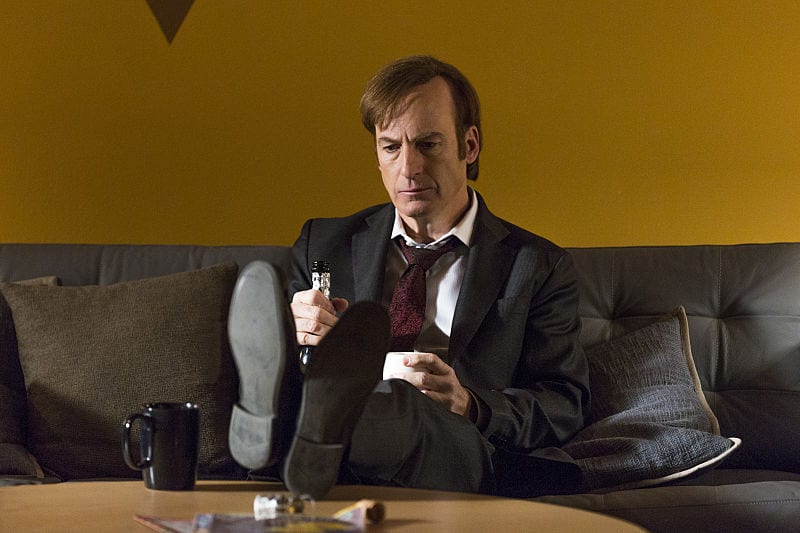 Elsewhere we’ve got Mike, Gus, and Hector to concern ourselves with. The last time we saw Gus it seemed that Mike and him had reached some sort of unspoken agreement, and we know from Breaking Bad that the two have a very lucrative, respectful working relationship. I don’t expect Hector to go quietly into the night now that his product isn’t coming into the country, and we already know what he expects from Gus. Is it possible for Hector to up the heat, so to speak, forcing Gus to make a move? We know that everything that Gus does is extremely calculated and weighed,  but could Hector’s continued disrespect and bullying lead to Gus acting on his revenge plan sooner than expected? I assume this is where Mike comes in as it should be easy for Gus to convince Mike to act against Hector. My biggest question right now is did Mike intend to put Hector in that wheelchair or was it a botched murder attempt? Curious to see how this one plays out.

There you have it Geeklings. What are you expecting for the last half of this season? Will we see the birth of Saul Goodman tonight? Will Hector make the first move of war against Gus? What’s going to happen to Chuck? Sound off in the comments below. If you’d like to continue talking Saul or Breaking Bad you can find me on Twitter @iamgeek32. In the mean time, happy viewing and see you all tomorrow with the review!