Can you believe we are already at the half way point of season three? While I have become a huge fan of shortened seasons, as I feel it allows tighter story telling with less filler, somehow ten episodes of Better Call Saul doesn’t seem like enough. Perhaps twelve? Can we push for twelve for season four? You know, once season four gets picked up that is.

Now what do we have in store for the half way mark, well none other than the big showdown between Chuck and Jimmy. It’s finally happening. Last week there was a closed door hearing where Jimmy was forced into giving, what seemed like, a veiled apology. I still believe that there was some sort of threat or foreshadowing made in that apology, and I don’t think anyone really noticed. The awkward bitterness hung heavy in the air as Chuck smugly sat there seeing himself as the victor, but I think that’s about to change. Kim did some lawyering once the hearing was over and discovered that there was a second copy of Jimmy’s confession tape, something we had to know existed because there was no way Chuck was going to risk the first being destroyed without having a back up. Chuck is an excellent lawyer at heart and I think it’s this preparedness that’s going to come back and bite him.

Today’s working theory is that Jimmy will use Mike to switch out the tapes. Why else have Mike install the new door? Jimmy currently has no key, nor is he really welcomed at Chuck’s, so Mike could easily slip in and switch out the tapes once everyone goes to sleep. Chuck should be resting easier with the new door and thinking he is one up on Jimmy. When the wrong tape plays in court it will be impulsive for Chuck to want to blame Jimmy, swearing that he broke into the house and stole the tape, and that’s when Chuck will fall right into Jimmy’s hands. He can use the whole “lack of tape” thing to display how unfit his brother is mentally, that in addition to the pics Mike took, could really go a long way of clearing this up. I don’t see Chuck winning this case and you have to figure that whatever happens is going to severe the ties between the two for good. I’m currently leaning towards the belief that Jimmy’s win will make him not want to associate with his brother at all anymore, and that will lead to the name change. 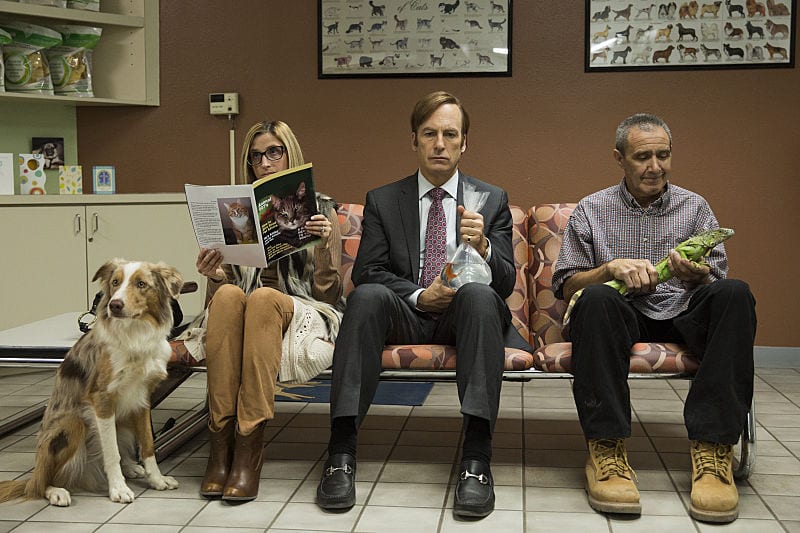 The fact that Kim is willing to travel this route with him is also something to keep an eye on. All of her attention should be focused on Mesa Verde, and if she can maintain that relationship after this case, but here is Jimmy bringing her through the mud again. One has to believe that it’s only a matter of time before this all catches up with her. How much longer before she becomes a victim to Jimmy’s rash behavior.

Else where Mike and Gus seem to have a pretty solid understanding which makes it seem that it’ll only be a matter of time before Mike is in the back of those Los Pollos Hermanos delivery trucks protecting product. Before all that though, Hector needs to be dealt with, and as much as he’d like him dead, Gus knows that that’s not a possibility right now. I fully expect to see Mike and Gus’ partnership to grow with some smaller jobs in the hopes of building trust and familiarity. What I’m wondering the most here is will Gus ask Mike to assault Hector or does he hope that Mike will suggest the idea as if it was his own? Gus has this way of knowing things and making people do things as if it was of their own accord. He’s kind of like a meth empire Jedi in that way. I fully expect this season to end with a certain bill ringing.

There you have it Geeklings. What are you looking forward to the most this episode? Last week had heavy Breaking Bad feels, do you expect that to continue or to take a bit of a backseat this week? Sound off in the comments below. As always if you have any theories or ideas the comments below are all yours or you can find me on Twitter @iamgeek32. Until then, enjoy the episode and see everyone back here tomorrow for the review.