Vince Gilligan, the creator of Breaking Bad, has already found his follow-up series to Better Call Saul and will star a familiar face. Rhea Seehorn, who was praised for her performance as Kim Wexler in Better Call Saul, will star in an Apple TV+ project by Gilligan that hasn’t been given a name. Despite the lack of a title, Apple TV+ is so confident in the program that it gave it a two-season order on September 22th, according to Deadline.

The Twilight Zone is being used as a point of comparison for the new series, which is said to be a “blended, grounded genre drama,” Not many other details are available at this time. The general idea is that it will take place in today’s world but with some surreal aspects that explore what 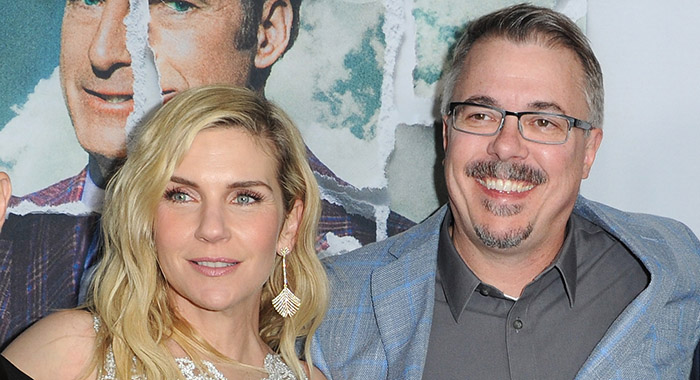 Sony Pictures TV and Gilligan were said to be looking for a bid from any venue that might consider granting the project an order to bypass pilot stage production.
Each episode of the program will cost between $13 million and $15 million to make.

Apple TV+ quickly became the frontrunner for Gilligan’s new project thanks to his relationship with Zack Van Amburg and Jamie Erlicht, who served as Sony Pictures TV presidents when Breaking Bad and Better Call Saul were in development. Both Apple TV+ and former Sony Pictures TV executive Chris Parnell are now at the same company.

“After 15 years of writing stories with antiheroes as the protagonists, I decided it was finally time for a change.. Rhea Seehorn is “brilliant” and someone who’s more heroic than her? It’s long past time she had her own show, and I’m ecstatic to get the chance to do it with her. And to be reunited with Zack Van Amburg, Jamie Erlicht, and Chris Parnell, the first two people who said yes to Breaking Bad all those years ago! Apple has hired a great team, and I am thrilled to be working with them as well as my longstanding partners at Sony Pictures Television.”

Seehorn was nominated for an Emmy Outstanding Supporting Actress for Better Call Saul. Additionally, she directed the fourth episode of the final season, “Hit and Run.” Some of her other TV credits include Franklin & Bash, VEEP, The Act, The Twilight Zone, House of Lies ,and Jim Gaffigan’s sci-fi comedy Linoleum.