The newest beer from Brewery Ommegang inspired by Game of Thrones is the aptly named “Bend the Knee.” The end of season six found Houses Stark, Lannister, and Targaryen getting in position to battle it out for all of Westros. It is in that spirit that the beer found its name and decoration. Fans can choose from three bottles, each bearing the sigil of one of those three families. 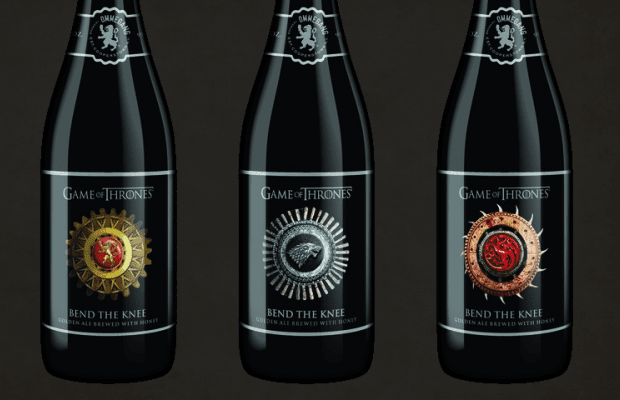 Tasting notes: “Bend the Knee pours a golden hue with a large, frothy head. Both the aroma and flavor mix maltiness and citrus from the hops, while Ommegang’s signature house yeast produces prominent fruitiness. Wildflower honey added during fermentation provides light sweetness to the beer, which finishes dry and with firm hop bitterness.”

The beer will start popping up Memorial Day weekend so you can pledge your allegiance to one of the families before the premier of season seven in July.

Who will you bend the knee to?