When you thought the rumors about the SnyderVerse had finally gone quiet following San Diego Comic-Con, with Jim Lee announcing that there are no current plans for anything, which were fueled by Henry Cavill reports dying down, along comes Jason Momoa to confirm that Ben Affleck is indeed reprising his role as Aquaman in the upcoming sequel.

The primary reason for the DCEU’s canonical Caped Crusader’s comeback is that, on the surface, it appears to be rather straightforward. The Flash was supposed to come out before Arthur Curry’s second solo mission, with Affleck and Michael Keaton playing Bruce Wayne in the former. 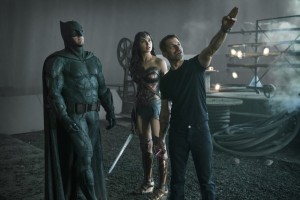 However, he has reprised the role in Batgirl, which is now expected to be delayed until after The Flash so that the Dark Knight saga may continue from Affleck in Aquaman 2 into the pair of them in the Scarlet Speedster’s long-awaited standalone feature, culminating with Tim Burton’s Batman carrying the burden in HBO Max’ exclusive.

The internet, as any social media user knows, is rife with rumors and speculation. Naturally, once the news went viral (and thanks to the SnyderVerse subset’s refusal to let the candle burn out), social media was immediately flooded with scuttlebutt, hearsay, and a lot of eye-rolling. After years of speculation, Ben Affleck has been phased out of the DCEU. While that may yet be the case, in the worst-case scenario Aquaman and the Lost Kingdom prolonged his stay of execution a little longer. Then again, maybe there is more to it than meets the eye.