When the first trailer for Justice League dropped, fans of the involved superheroes were excited. The film showcases some of DC’s most loved and brings them together for an incredible battle. The tagline of the film says it all

‘You can’t save the world alone.’ 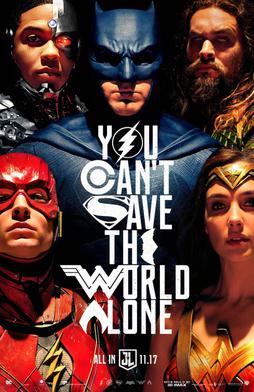 Ben Affleck recently spoke with EW about the film and how it will showcase a different Batman, in turn, discussing the underlying struggle and worry for his character when the film begins.

Affleck says Batman is put in a position of asking for help and there is a distinct question on if they’ll come together to help him.

‘He’s put in this position of having to reach out, find other people, convincing them to do something. Part of the drama of the movie is the question of whether or not the team is going to come together. It’s very different from the tenor of the last movie.‘

He goes on to say that Batman in Justice League will be more traditional, more heroic, and will feel a lot less rage and anger. This film isn’t about the same type of vengeance as Superman v Batman.

‘Batman v Superman departed a little bit from the traditional Batman. He started out with all this rage directed at Superman, because of his coworkers who had died in the fight Superman had with Zod. He was holding on to a lot of anger, in a little bit of an irrational way. Whereas this is a much more traditional Batman. He’s heroic. He does things in his own way, but he wants to save people, help people.’

However, in saying that, it doesn’t mean this is a run of the mill story. Affleck is really excited about Batman’s character arc here, where he learns that he can’t (and doesn’t have to) do it alone all the time.

Are you looking forward to seeing Affleck steer Batman a bit more to his traditional core? Let us know.