Welcome to my newest binge watching obsession of the week recap and review. ‘Somewhere Between’. I have written several articles explaining my need for a binge “fix”. I stumbled upon this gem by accident and decided to give it a shot. This show originally debuted on ABC in the Summer of 2017 with a 10-episode season but I found it on Hulu. 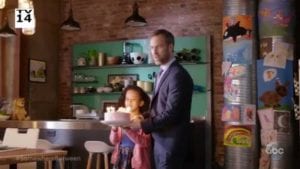 The series starts with Laura Price (Paula Patton) a news producer and Tom Price (JR Bourne) the city’s hot DA and their sweet 8-year-old daughter Serena (Aria Birch). We follow them through a day in their life which happens to be Laura’s birthday. There is a serial killer on the loose in their city and of course, the DA is at the center of that and the news producer decides she wants to do her part by helping the police catch the monster. She has her news channel host a call in with tips show. However, her bravery was no match for the serial killer and he kidnaps Serena and ends up killing her and dropping her body in a cove. Laura spirals into a depression and Tom leaves the marriage when he cannot help her, and she decides to commit suicide by drowning herself in the same cove where her daughter died. 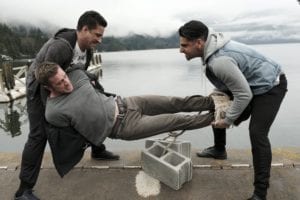 During the first episode, we also meet Nico Jackson (Devon Sawa) an ex-cop turned private investigator. After his brother was arrested for killing Nico’s fiancé, his drinking took over his life and some of his lifestyle choices such as sleeping with married women with angry husbands landed him at the same lake with blocks tied around his feet at the same time Laura jumped in. However, he was able to free himself and save Laura. 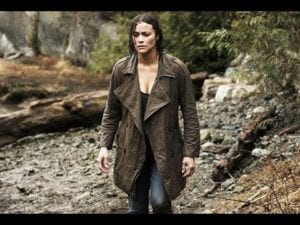 When Laura awakes on the shore she returns to her home, in the same wet coat with the rocks still in the pockets. When she enters the house, Serena appears with her husband Tom with her birthday cake just as the series had started. Laura was shocked, confused, happy and terrified as the events of the day started to replay just as it had the day Serena went missing and died. 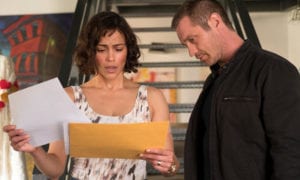 Nico also started to relive the events of that day and when Laura and his paths course they realize that they are the only two people who know how the next few days will play out and how the tragedies of his brother’s execution for a murder he didn’t commit, and the death of Serena will happen no matter how hard they try to change the events leading up to their fates.

I have gone back and forth on how I wanted to write this recap and review. I could have recapped and told you the entire plot and ruined it for you. I am not one of those “Hey, by the way, Bruce Willis is DEAD the entire movie” kind of people. There are some movies and shows that it best to let the viewer watch and figure it out the ending on their and this is one of those. 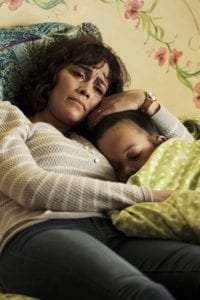 I will say if you are into an intense supernatural thriller storyline then I would give this a chance. As a mother I try to stay from shows or movies where children die, and the first episode is rough to get through but once she returns in this almost twisted ‘Ground Hog Day’ storyline it helped but of course you spend the last 9 episodes knowing that she is still going to die unless they can to figure out a way to stop it and trust me it is an edge of your seat until the very last scene. I spent the first three episodes (do not ask why I didn’t just IMDB this information) but I kept thinking that Nico looked familiar, but I could not for the life of me figure it out then it hit me ‘Final Destination’ or my personal favorite ‘Idle Hands‘. So, in case you were thinking you recognized him but couldn’t remember him then there you go.  I hope if you check it out that you enjoy it as much as I did and I did not waste 10 hours of your life you won’t get back.

Home » Uncategorized » Being Caught ‘Somewhere Between’