The third season of NBC’s Young Rock premiered last week to the excitement of WWE fans, who tuning in saw a familiar face. Becky Lynch played Cyndi Lauper in the episode and did an amazing impression of the music icon, even impressing Lauper herself! Before it aired, Lynch took to Instagram to show her appreciation for being given the opportunity.

“Playing someone as groundbreaking and influential, not only in the music industry but as a feminist and someone who was instrumental in bringing wrestling into the mainstream, was both challenging and immensely fun and I can’t wait for you all to see it!” Lynch wrote.

Lynch (real name Rebecca Quinn) is an actress with a growing resume. In 2018, she made her film debut in The Marine 6: Close Quarters. In 2020, Lynch appeared in an episode of the Showtime series Billions and voiced a role in the 2021 animated movie Rumble.

In an October interview with Bleacher Report, Lynch stated: “There’s a few things coming up and happening that I’m excited about and getting moved around and stuff, so we’ll take it as it comes. We’ll let that all reveal itself in time.” Here’s how fans reacted to Lynch portraying Lauper. 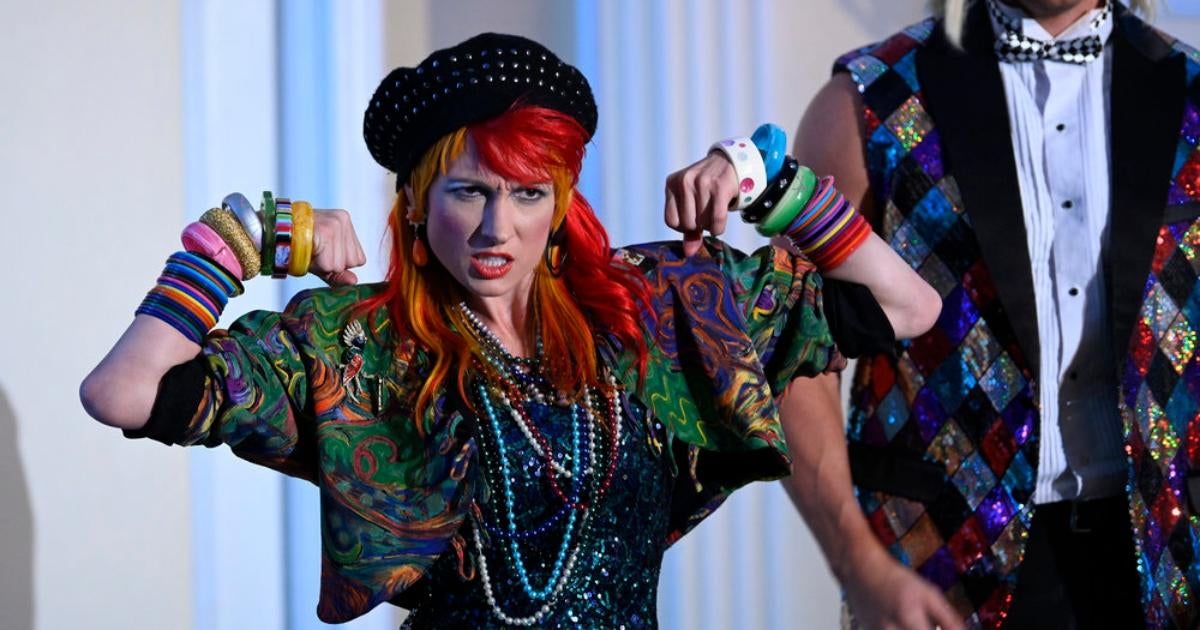 Ladies and gentleman, Rebecca Quinn as Cyndi Lauper. I am very proud of her performance on tonight’s show, and it is amazing to see all your reactions! @SevenBucksProd @BeckyLynchWWE @NBC #YoungRock

omg a star is born… @beckylynchWWE will you pls pls come back to #youngrock pic.twitter.com/XfadMBRX0E

One person responded: “We wanna see both of you I mean [Becky Lynch] and you in a one frame in a HOLLYWOOD ADVENTURE MOVIE, probably it will be a hit, hope my wish come true She can nail any character Both of you gonna perfect combination.”

Tonight my good friend @BeckyLynchWWE took me back to an unforgettable moment from when I was 12yrs old. At a WrestleMania party, I had the chance to meet Cyndi Lauper. She was so kind and made me feel incredible – thank you, Cyndi! #YoungRock

Another person said, “It would be so fitting and amazing for you and Becky to induct Cyndi Lauper into the WWE HOF!!”