If you aren’t familiar with this amazing cult classic, you should open Amazon and order your copy on Blu-Ray before you read any further.

The film focuses on two gangs, the 248 and the 245, fighting for control of Frazier Park (the FP). The gangs settle their disputes by playing Beat-Beat Revelation, a music video game similar to Dance Dance Revolution (yes, you read that correctly). Gang member JTRO (Jason Trost) trains to defeat L Dubba E (Lee Valmassy), the leader of a rival gang.

This film is beautifully shot, has an incredible score and is one of the most quotable films in recent memory.

The year is now 2018; and, we are finally blessed with a sequel called: BEATS OF RAGE.

“Beats of Rage is a “ghetto-ass fantasy” set in an apocalyptic world locked in a booze drought. It continues the story of fan-favorite JTRO, a Beat-Beating champion from a legendary bloodline of beat-beaters.

Despite hanging up his boots following the events of The FP, JTRO must return to the blood sport of Beat-Beat Revelation one last time. JTRO and KCDC – his mystical hype man – will quest deep into The Wastes, a land decimated by the Beat Wars, to compete in the ancient Beat-Beat tournament, “Beats of Rage,” face AK-47 – and, hopefully, save the world.”

Director/Writer, Jason Trost is a true creative in the industry currently. He’s constantly pumping out incredibly creative films that genre fans will likely geek-out over. The FP has always been such a fascinating post-apocalyptic world to me…especially when we’re surrounded by things like The Walking Dead where post-apocalyptic is known to us as zombie infested and bleak. From the poster, ‘Beats of Rage‘ seems to be another deep dive into this colorful and retro inspired world that gives us a lighter look into a post-apocalyptic world that I cannot wait to revisit.

While most film fans are excited for summer blockbusters like Rampage or Solo, I’m anxiously awaiting the release of ‘Beats of Rage.’

According to Jason Trost, fans will be able to see BEATS OF RAGE at some point in 2018. 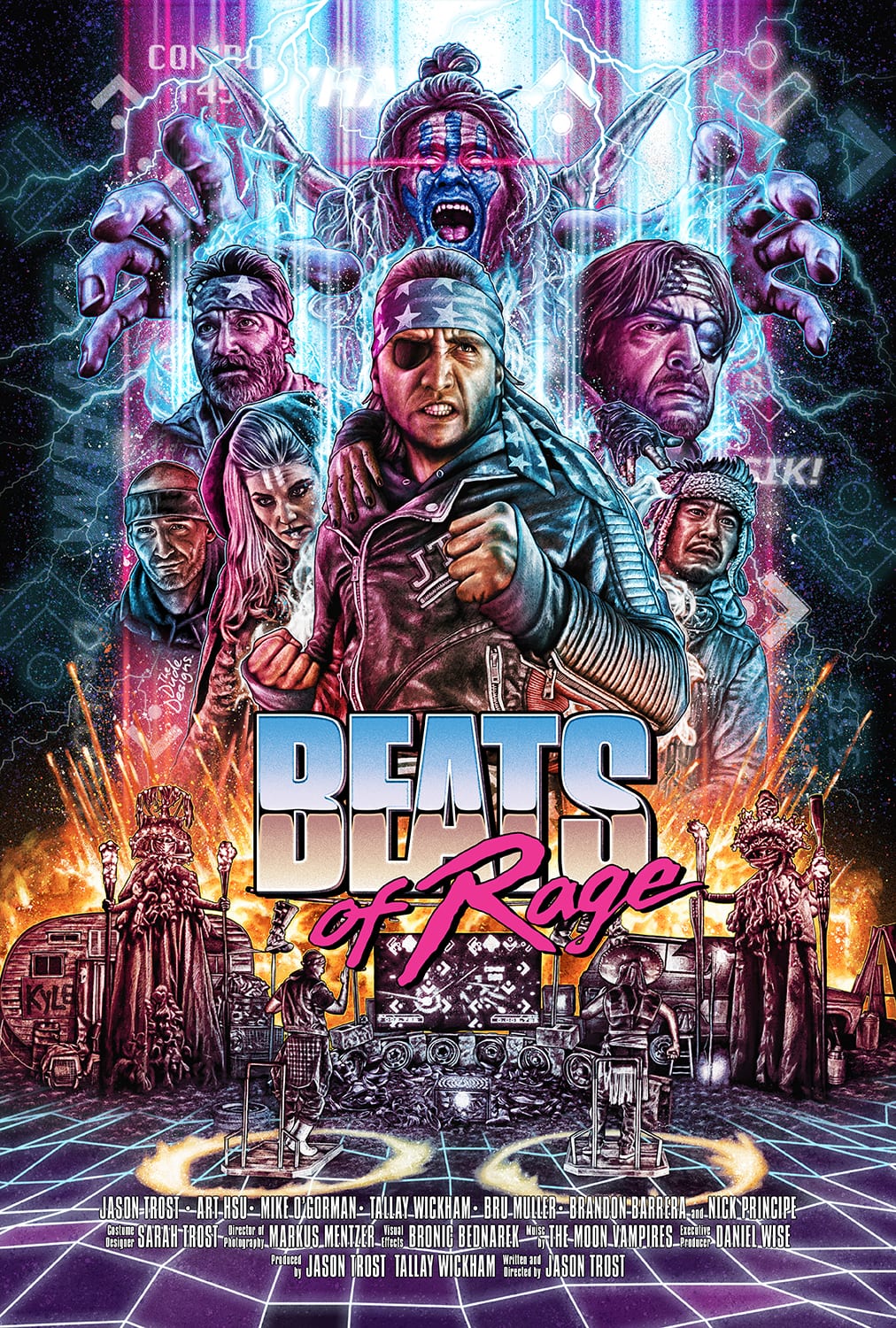 Home » Fandom » ‘BEATS OF RAGE’ Poster Beat-Beats Our Faces Off