After being told she’s “too old” to post revealing pictures of herself online, former “Baywatch” star Donna D’Errico took to Instagram to share a photograph of herself in a gold string bikini.

As the heat wave blazes through Los Angeles, D’Errico is trying to stay cool. In her caption, she also prayers for those affected by Hurricane Ian.

“The LA heat wave continues. 102°!” D’Errico wrote. “I hope everyone has a great Wednesday and stay safe & cool, especially those who are dealing with the hurricane.” 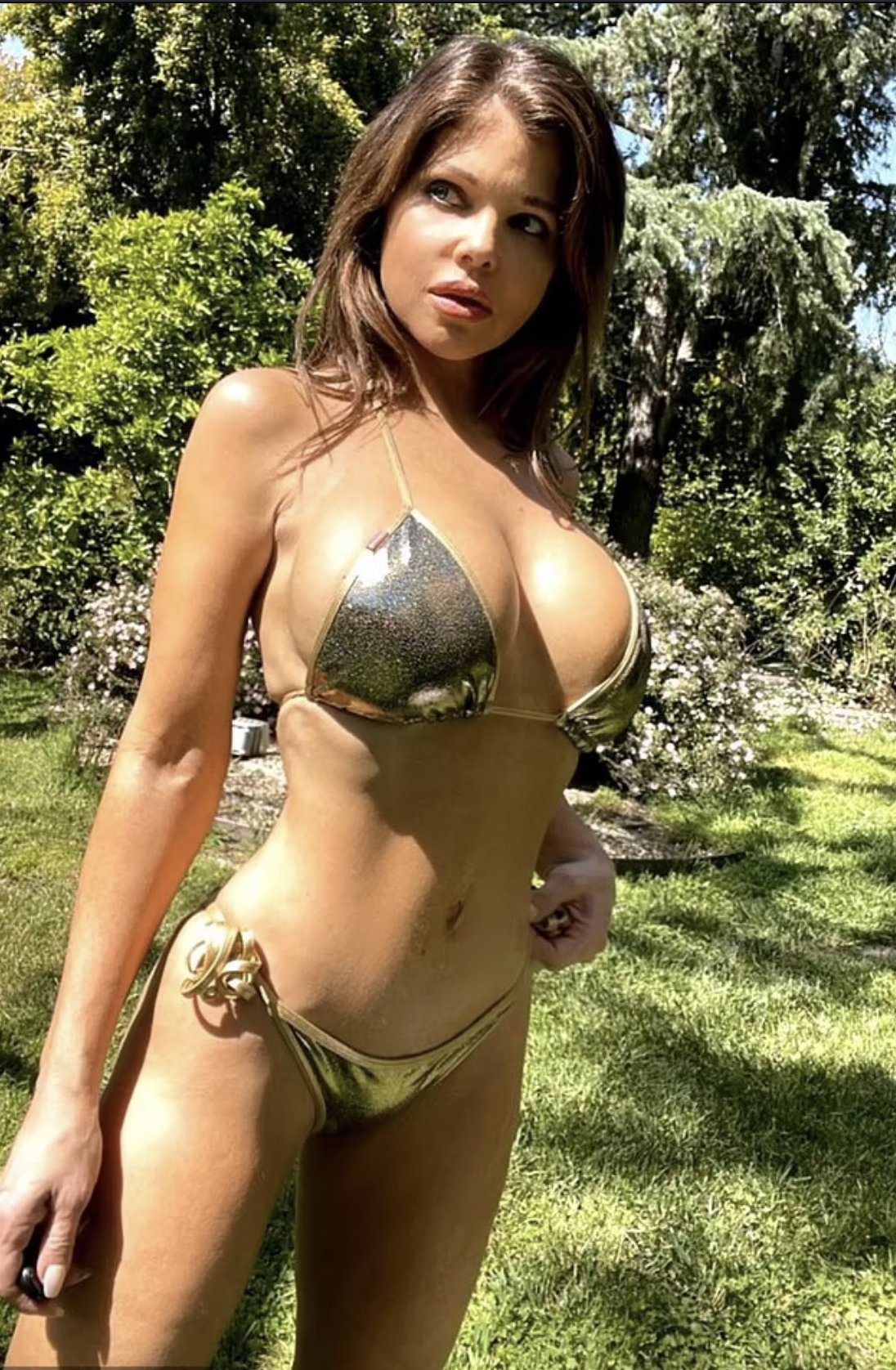 D’Errico hits back at social media trolls in July, who speculated she was “too old” and therefore “desperate” as she posted bikini pictures online.

“Quite a few women complained about the 4th of July video I posted in a red white & blue bikini because they thought I was ‘classier than that’ and ‘too old to wear a bikini’ and, my favorite, ‘desperate,'” she began her caption.

“Let me tell you something that might surprise you,” D’Errico continued. “I can wear and do practically anything I want. On that note, here’s me in a bikini squatting on a coffee table. “For all those asking, no I didn’t remove the red white & blue 4th of July video,” she added in response to her post that elicited angry responses. “It’s still up under the ‘reels’ tab on my page.”

When asked for advice on what to do if you want to wear a bikini but are worried about others’ opinions, D’Errico told Fox News Digital exclusively, “Good Lord, just wear it.”

“Life is shorter than you realize, and there will always be someone with something rotten to say. So just go have fun and don’t hurt anyone and do stuff that makes you happy,”I’m overwhelmed by the kind words on my Instagram post. It’s caused me to shed tears on a few occasions.

“My dad even called me about it, and he’s my hero. I still got some haters in my DMs making fun of me squatting on my coffee table and saying my boobs look ugly, but that’s all just white noise. I’m already thinking of where I can photograph myself squatting in a bikini next. Maybe the Golden Gate Bridge.”

But the former Sports Illustrated swimsuit model is doing just that. “desperate” according to Deadline.

When asked whether she has tried to incorporate back into society following the attack, D’Errico stated that she still feels inadequate about her body.

When I was a kid, I was painfully shy and got bullied in school constantly. So when I ran off to Hollywood as an adult to pursue my dream of being an actress, you can imagine my horror at finding out that the bullying didn’t stop just because I grew up. But then I read this book called “I was a very shy child and was badly bullied in school,” and it completely changed the way I look at life. Nowadays, nothing people say or do bother me because I don’t take it personally anymore.”

“I still slip up and take things personally sometimes, and then I have to go back and re-read that book again to keep me immune to their Jedi mind tricks. I think we are living in a time right now when people are getting tired of all the judgmental bulls—. Or maybe I’m just older now and don’t care anymore. I suspect it’s a little of both.”

D’Errico rose to fame on “Baywatch” as Donna Marco in 1996. She worked on the popular program until 1998. Throughout the years, D’Errico has appeared in a number of movies and TV shows. She starred in Sean Patrick Flanery’s “Frank and Penelope.” most recently.