Batwoman has been killing it in its second season if you ask me. I don’t agree with all the decisions they’ve made, but I’ve still been enjoying it. I’m glad we have a Gotham-centric show to round out the corners of The Arrowverse. If anything, at least Batwoman has succeeded in expanding The Arrowverse with a ton of awesome inclusions. Everything from Bruce Wayne to Black Mask, and now we’re getting some new characters again! We know that Cluemaster will be debuting on the show soon, and that brings some incredibly interesting possibilities to Gotham City. See, in the comics, Cluemaster has a pretty famous daughter. I’m talking, of course, about Stephanie Brown. Stephanie Brown dons a costume and starts calling herself Spoiler because she’s always foiling her father’s plans. Yeah, it’s cheesy but it’s kind of awesome too. And, SPOILER ALERT! Stephanie Brown eventually becomes Batgirl and not just any Batgirl. Stephanie Brown becomes the fun Batgirl. Could this mean we could see a long character arc where Stephanie is introduced, becomes Spoiler, and eventually Batgirl? Man, I really hope so because that would be cool. It might be exactly what Batwoman needs to make it stand out. I love Ryan Wilder but bringing in Stephanie might bring more hardcore DC fans, too! 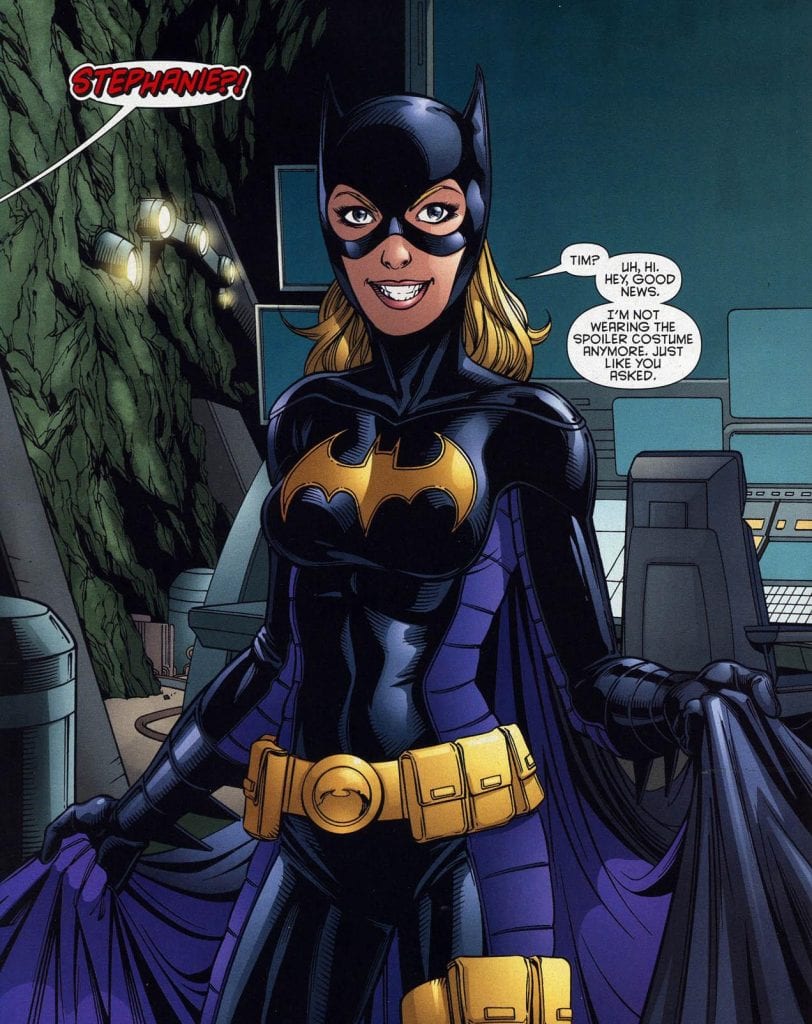 Now, this is no confirmation or anything. In fact, I’m making a lot of guesses, I’m just saying it’s certainly something to consider. Cluemaster isn’t necessarily a huge villain and Batwoman might just completely gloss over his family. I really hope they don’t though, because Stephanie Brown would be a lot of fun to explore on Batwoman. At the very least, it certainly wouldn’t hurt anything.

For now, you can catch Batwoman on Sundays at The CW! Or the following night on The CW‘s website! Yay!