It looks like we were right and Stephanie Brown is joining the Arrowverse after all! The CW has gone ahead and revealed the first look at Stephanie Brown in Batwoman! She will be appearing for the first time in this Sunday’s episode, in just two days. The episode is title “I’ll Give You A Clue” and will also feature her father, Cluemaster.

It’s nice of The CW to give us a look at Stephanie ahead of Sunday’s episode. I suppose they figured there was no sense hiding it. Many people were already theorizing that Stephanie Brown could be appearing, thanks to the Cluemaster reveal. This is a big deal, DC fans. Stephanie Brown was, at one time, a major player in the DC Universe.

Stephanie Brown isn’t just the daughter of Cluemaster. She was also a love interest to Tim Drake and later on became Spoiler. After that, she eventually took on the identity of Batgirl and is widely considered one of the best Batgirls. Yes, there have been more than one, we’ve had three Batgirls at least.

This was originally revealed through EntertainmentWeekly, and they were even given a photo of the new character joining Batwoman! I’ll put the image below. 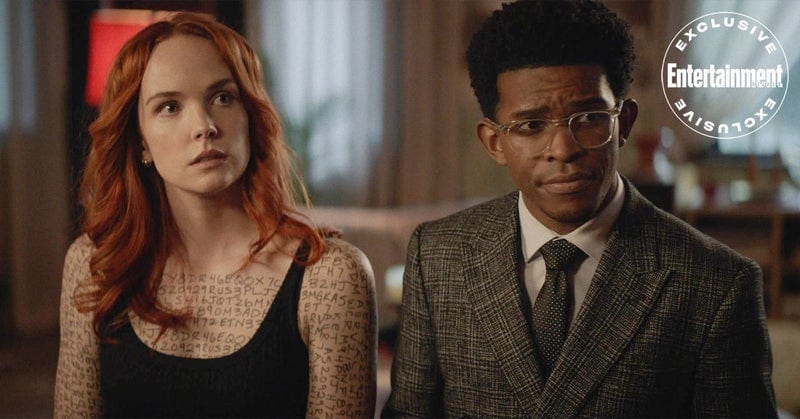 As mentioned above, Stephanie eventually steps into the role of Spoiler. She becomes Spoiler in order to spoil her father’s evil plans. She would eventually meet Robin and develop a crush on him. From then on she’d show up several times alongside Robin.

After that her history becomes a little controversial. She was eventually made Batgirl but was killed off sometime later. The way she was killed off is still a matter of debate amongst DC fans. She was tortured, killed and ultimately accomplished nothing.

She was later revived but by the time the New 52 hit she seemed to have been wiped out of continuity. This was eventually fixed when she was reintroduced into the DC universe. She’s been around ever since but she doesn’t appear as often as she once did.

Did you enjoy the first look at Stephanie Brown? Are you hoping for Spoiler!? Let us know in the comments below!

Catch Stephanie Brown in an all-new Batwoman this Sunday on The CW!