September 17th is Batman Day! We at Fan Fest love the Caped Crusader as much as the next guy and when trying to decide who would write about this most wonderful of nerd holidays we decided there was too much Batman love for just one of us so Myself and Alyssa decided we would both share a little incite into our feelings about Batman.

I have always loved Batman. I can’t even remember the moment when he became my favorite. I grew up watching reruns of the Adam West series with my brother. It was funny because they would air back-to-back episodes, but the final time it aired, they left off on a cliffhanger. Batman and Robin were about to be eaten by a crocodile and then the episode ended. I also grew up on Batman the Animated Series. That still remains one of my favorite shows. When I was thinking about why I loved Batman so much, I couldn’t just think of one reason. I love that he’s human. He’s smart, resourceful, and hard-working. I think that’s why he has remained a favorite of all superheroes. He is relatable. We could see ourselves being Batman. I love Batman’s Rogue gallery. They are all strong, well-developed villains. I also love all Robins (my bat-boys) and Batgirls. Honestly, there probably isn’t much about the entire Bat Universe that I don’t like. But as I was thinking about why, I realized that it was because Batman is something that my brother and I shared when growing up. We found common ground in the Adam West Batman, Batman: The Animated Series, and Batman Beyond. Even now we talk about or reference those three series. On this Batman Day, I would like to say thank you, Batman, for bringing me and my brother closer together.
– Alyssa 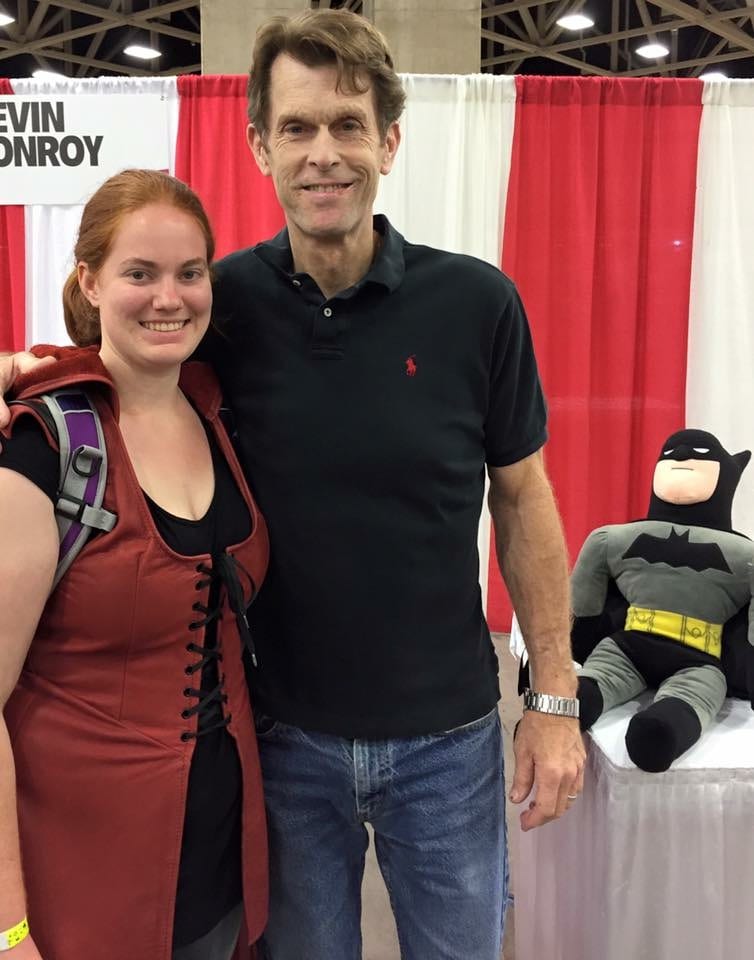 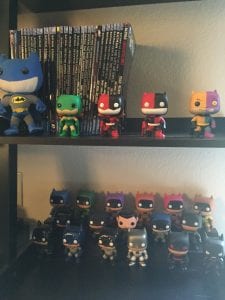 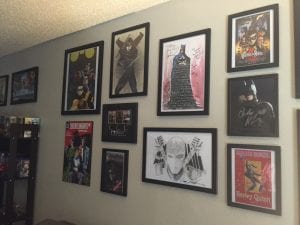 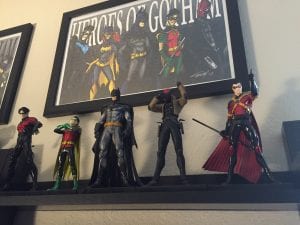 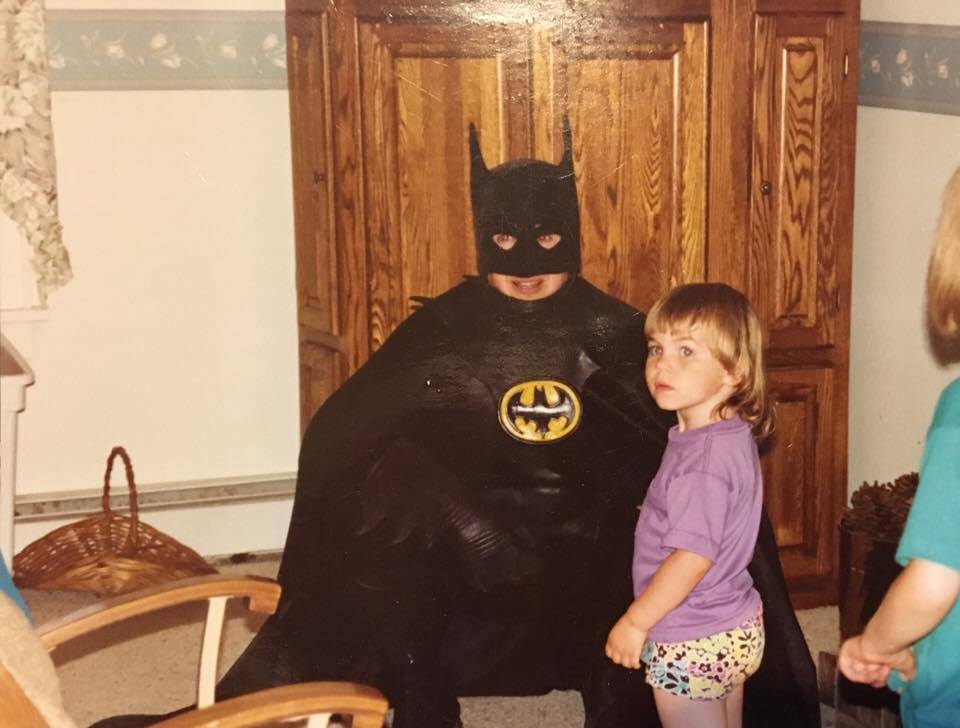 4 year old Kyle with man dressed up as Batman! ^^ 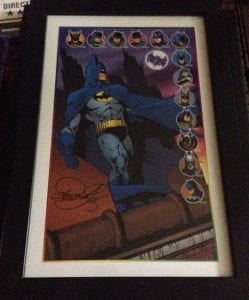 I don’t remember a time where I didn’t love Batman, Tim Burton released his first Batman movie 53 days after I was born. Both of my parents are big old nerds *best family trait* and the movie played often as my Mom liked Michael Keaton, or so I am told as I was only a baby. I do remember being very small and having terrible nightmares about The Joker, but every night that the clown appeared in my dreams Batman saved me, so my deep love of Batman was formed because of my deep fear of the Joker. In 1992 Batman Returns came out and that pretty well sealed the deal. I knew pretty young that my name was not common for girls, but I will never forget the first time Michelle Pfeiffer appears in that big board room serving tea they call her Ms. Kyle. I was too young to care that it was her last name, Batman’s girl friend had my name! My parents had someone dress up in a batman costume and come to my 4th birthday, 23 years later still the best birthday ever. In my early teens my love of Batman didn’t so much disappear as was lost to all the other things teenagers care about, but when The Dark Knight came out I remembered everything I loved about Batman, and that love has only grown in the 8 years since The Dark Knight was released. Bruce’s tragedies defined him in what most would consider not the most positive way, and while that is true, his tragedies made him become someone that would define so many others lives in a very powerful and positive way.  I mostly mean the Bat Fam and the various heroes he has influenced along the way, I also mean myself and the countless others who have found Batman to be a light in their own darkness. That though it seems impossible to move forward sometimes you must persevere for yourself and everyone around you, because who knows you might be the light in the darkness for someone else.
-Kyle
So Happy Batman Day everyone!! Let’s give a hand to all the people who have brought Batman to life starting at the top; Lewis G Wilson, Robert Lowrey, Adam West, Michael Keaton, Kevin Conroy (Alyssa and Kyle’s Favorite) Val Kilmer, George Clooney, Christian Bale, Rino Romano, Diedrich Bader,Will Arnett, and Jason O’Mara, Ben Affleck (Close 2nd for Kyle)!
Kyle Schlaack