Bare: A Pop Opera is the latest stage production to become adapted for the screen.

The rock musical, created by Jon Hartmere and Damon Intrabartolo, focuses on two gay students and their struggles while attending a private Catholic boarding school. 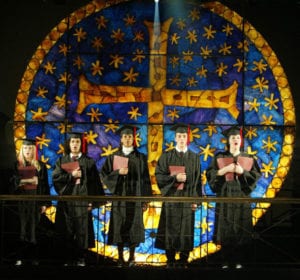 This production resonates with audiences everywhere as it is a relatable account of struggles that teenagers face. It focuses on individual struggles of the characters, rather than making sexuality the forefront of their problems. This production inspires the audience to break out of the mold and live a full life.

Bare: A Pop Opera debuted in October 2000 at the  Hudson Theatre in Los Angeles and came to New York in 2004 as an off-Broadway production at the American Theatre of Actors. The show toured all over the world before returning to Los Angeles for a revival in 2013. 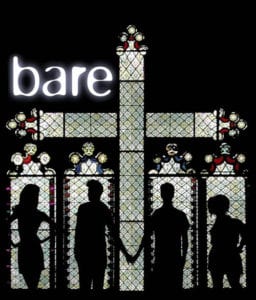 The creative team is asking for testimonials of what Bare means to fans. They request that fans of the production record a one-minute video expressing their personal experience with the show, score, and story. Fans can submit a contribution at barethemovie.com

Home » Featured » ‘Bare: A Pop Opera’ is going from Stage to Screen with Film Adaption