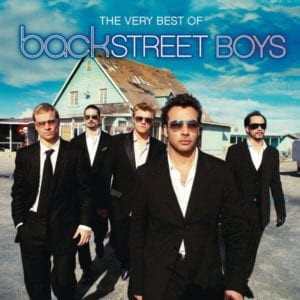 There has never been a better time to say it, “Backstreet’s Back Alright!” Oh yes, my fellow boy band aficionado’s it is all happening. The Backstreet Boys have announced a world tour to begin in 2019 with dates in Europe, Canada and the United States. Having been 18 years since their last world tour, the Backstreet Boys are set to not only bring the hits of their past but also an entire new album.

With a release date of January 25, 2019, the ninth studio album call DNA is highly anticipated by all fans of the Backstreet Boys fandom. Off of the upcoming album, the first single “Don’t Go Breaking My Heart”, is currently number 9 on the Adult Top 40 Billboard Chart and the group just released their second single from the album, “Chances”.  A formal press release stated the guys “analyzed their individual DNA profiles to see what crucial element each member represents in the group’s DNA”. Kevin Richardson said of the album: “We were able to bring all of our influences and styles into one coherent piece of work. These songs are a great representation of who we are as individuals and who we are as a group. It’s our DNA. We’re really proud of that.”

To know that after 20 years together that a group such as The Backstreet Boys can still turn out chart toppers, is a pretty great accomplishment. The 2019 DNA World Tour will be coming on the heels of the second stretch of Las Vegas residency the guys have had at Planet Hollywood in Las Vegas. I do highly recommend their show if they are coming to a city near you, check below for dates and venues!