In the 1985 classic film Back to the Future Doc Brown created a supped-up version of a DeLorean which, when driven over 88 miles per hour, could time travel to and from the future or the past.  Though some topics featured in the Back to the Future films have come true (hover boards are pretty close and, Go Cubbies!  2016 World Series Champs!), sadly, if you drive your car over 88 miles per hour, in most locations, rather than time traveling, you simply run the risk of getting a speeding ticket.  Even if you happen to be driving a classic DeLorean yourself.

That’s exactly what happened to one super fan of the classic 80’s films, Spencer White.  After wanting a DeLorean for over 10 years, White finally treated himself and bought his dream car about a month ago.  This past weekend was the first time he decided to take his new baby out on the highway.  With his mother in tow as a passenger, White hit the open road.  Shortly after merging on to the highway, he checked his speedometer in an effort to watch his speed.  He hadn’t realized how fast he was going but, when he looked, the dial clocked him in at 85 miles per hour.  Pretty damn close to living out the epic scene in Back to the Future where Marty finally hits that magic speed.

White told The Signal in Santa Clarita Valley, “I thought, let’s take it up to 88 mph,” White said. “I only got three more miles to go.”

It only took White a couple of additional seconds to hit 88 miles per hour and, it only took the California Highway Patrol officer another couple of seconds to flip on his flashing lights and pull over the speeding DeLorean. 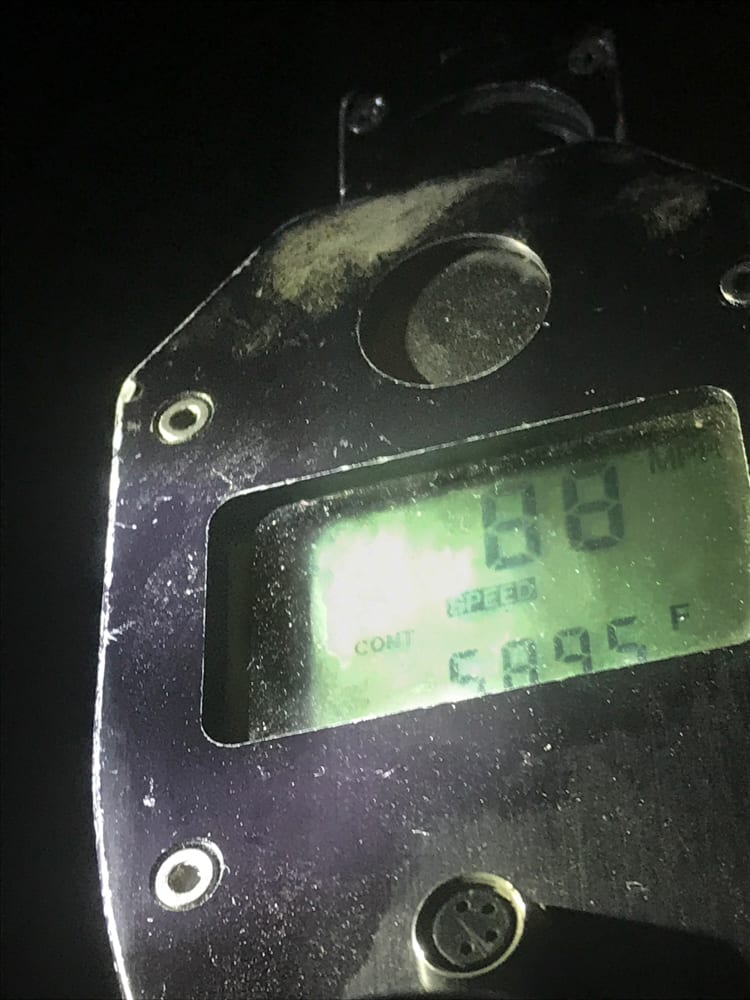 The officer approached White and his mother, all the while with a smile on his face.  White said, “He asked me how fast I thought I was going.”

Though the officer still issued White a ticket for speeding, as he walked away from the vehicle, the office did ask White if he had a flux capacitor built into the car.  Unfortunately, White did not.

“Maybe if I had the flux capacitor he would have let me off,” White joked.

So, when Doc Brown said, “If my calculations are correct, when this baby hits 88 miles per hour, you’re going to see some serious shit,” maybe he should have added, “and also increase your risk of receiving a speeding ticket.”