It’s always a great time to be fans of Marvel, but with three incredible movies on the horizon and plans for more to follow closely, right now feels particularly special. The 10 year anniversary is coming up so the MCU has pulled all the stops and with Thor: Ragnarok, Black Panther, and Avengers: Infinity War happening within the next year – we’re in for a real treat.

We know a decent amount about Thor: Ragnarok and Black Panther at this point, but Infinity War is what’s really got fans curious. However, this is Marvel, and we won’t know anything at all until we’re supposed to. In fact, even though footage has been shown at a Disney Expo and SDCC, the official trailer that is (rumored) to drop alongside Thor: Ragnarok is not yet complete.

So when promo art was premiered through Gamezone, we were thrilled. It shows all of the heroes we anticipated, sans Ant-Man, Wasp, and Hawkeye.

In another image, Thanos is seen holding the Infinity Gauntlet which appears to have all of the Infinity Stones within it. 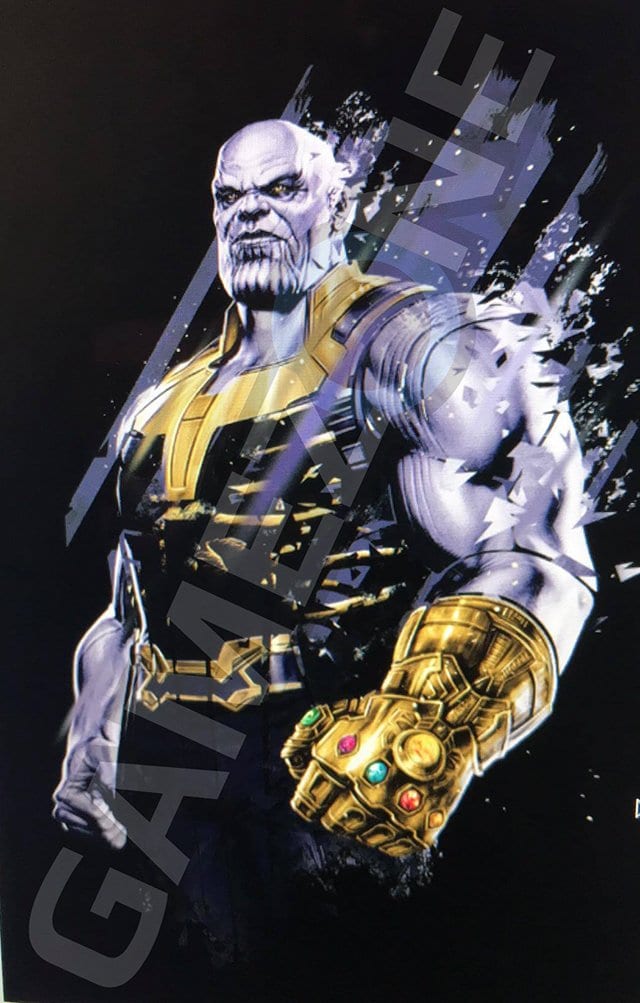 We have to admit, of all the MCU villains up to this point, no one has left a mark like Thanos. He encompasses everything that could destroy the heroes in the promo art above and they’re our favorites. Of course, there has to be big evil, and we’ve known Thanos was on the horizon for some time now. We just aren’t sure we’re ready to see that war, and what it brings, just yet.

Another piece of art, featuring two of the members of Thanos’ Black Order was debuted as well, alongside Black Panther’s glow suit. You can see those images here.