Remember Avatar? No, I don’t mean “the Last Airbender”. And no, I’m certainly not talking about that GOD AWFUL Live Action adaptation of Avatar: The Last Air Bender – no one should ever talk about that abomination.

I’m actually talking about Avatar, the 2009 science fiction film from James Cameron about blue aliens, greedy humans and poorly named resources. Visually the film was a masterpiece with unbelievable attention paid to exploring new creatures and cultures, which makes sense given its enormous budget of over 230 million dollars. Though story wise it could have used some work. In the end, a sequel/ expanded universe is what this film really could use to go from “that one movie almost ten years ago” to “the movie that started it all”.

Well that’s what Avatar 2 was originally scheduled to do on Christmas 2016 before it was shifted to this coming December. Though this new December 2017 release date would have put it into direct conflict with Star Wars: Episode VIII The Last Jedi. Now considering all the records The Force Awakens broke, it’s no surprise that a month after The Force Awakens’s release, Avatar 2 was pushed back again – this time to December 2018. After all, no one wants that kind of competition, especially with a film within the same genre. 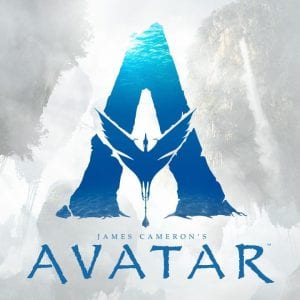 Well if you’re getting a bit of déjà vu, you’re not wrong because in an interview this week with The Toronto Star , Cameron has announced that “2018 is not happening”! In fact, the new New NEW release date hasn’t even been set….. So what’s the delay? Well according to Cameron:

“What people have to understand is that this is a cadence of releases. So we’re not making Avatar 2. We’re making Avatar 2, 3, 4 and 5. It’s an epic undertaking… It took us four-and-a-half years to make one movie and now we’re making four.”

Originally, there were only three sequels planned; but last year (almost a year ago in fact) Cameron announced that he would actually be planning four sequels in the hopes of turning Avatar into a “truly massive cinematic process” – as if it wasn’t already. Though Cameron planning to shoot all four films around the same time is quite impressive. Whether these four upcoming films will be different parts of a series (like the Harry Potter films) or four parts of a single story arc (like Harry Potter and the Deathly Hallows Part 1 & 2) remains to be seen. Although considering he doesn’t have to worry about any of the CGI animals getting “too old for the roles”, the rush to make all these films together seems to point more towards a unified story arc.

Regardless of this setback, the world of Avatar has certainly moved forward in other regards as Disney is scheduled to open Pandora: The World Of Avatar later this year. For all we know, this park addition might be the closest thing we get to an Avatar sequel for quite some time. The original film took 10 years to make – 15 years if you include the time it took to design half the creatures. So since Avatar released in 2009, I think it’s a safe bet Avatar 2 will be released sometime between 2019 and 2024….

But what do you think about an Avatar sequel? Do you think they should focus on one before they plan four? Are you okay with waiting longer if it means you can have a new Avatar film every two years for the next decade or so? Will “Unobtainium” be replaced with “Hardtogetium”? Sound off in the comments below!