Fans who have been hoping to see Austin Amelio reprise his role as Dwight on The Walking Dead are in for some good news…if they watch Fear the Walking Dead. According to ComicBook.com, the actor is set to appear on the series spin-off as another crossover character, following in the footsteps of Lennie James who brought his Walking Dead character, Morgan Jones, to Fear for its fourth season. 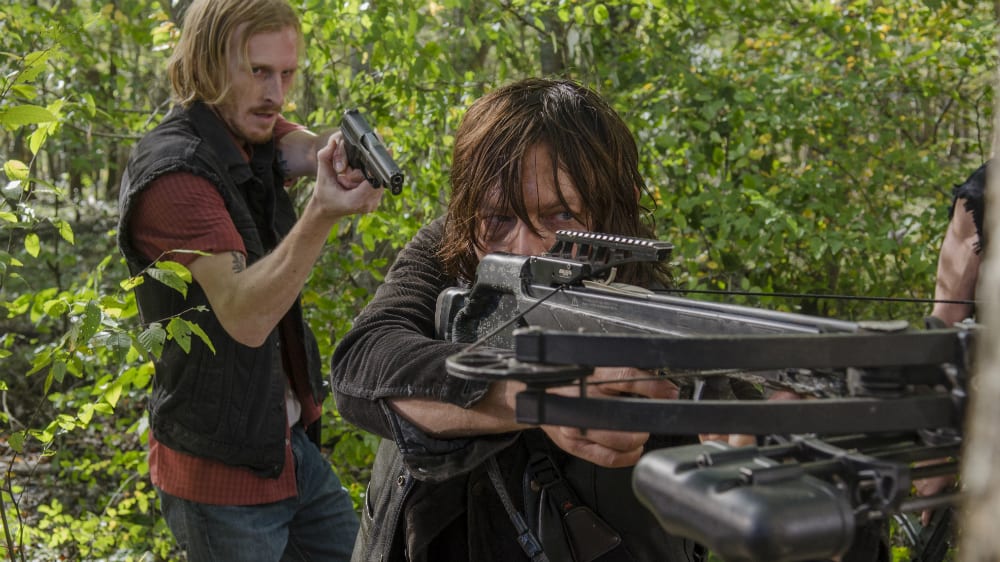 The last Walking Dead fans saw of Dwight, he was being pardoned by Daryl but exiled from Alexandria with the orders to never come back. With The Walking Dead having undergone some significant time jumps, there is a huge chunk of time for the Fear writers to explore when it comes to Dwight’s whereabouts. At Walker Stalker New Jersey last year, Amelio alluded to Dwight still being alive and hinted that he may not be on the East coast anymore.

Fear the Walking Dead has slowly been transitioning the show away from its original cast with only Alycia Debnam-Carey, Colman Domingo, and Danay Garcia remaining from the first two seasons. In addition to James, season four of Fear also introduced Jenna Elfman, Garret Dillahunt, and Maggie Grace as recurring characters.

Now that the news of AMC’s forthcoming Walking Dead universe has been announced, anything can happen. Scott Gimple has said that with the unlimited potential to create films, web content, and additional spinoff series that almost any Walking Dead character past and present could show up again.

Are you excited to see Dwight make his way to Texas? What do you hope will come of his story? Let us know!