We knew this season of Attack on Titan would be intense. It had to be, it’s the final one. After blowing people away when it first started in 2013, it’s kept us coming back for the last seven years. We’ve watched as Eren did his best to keep his promise of killing every Titan out there. Season 3 and what’s out for season 4 have given us a new perspective on the Titans, though. At one point back in season 3 Eren even refers to a downed Titan as a patriot. A far cry from the man who once vowed to eliminate every single Titan. I digress, however. As good as the season’s been so far, nothing could have prepared me for the absolute madness that this week’s Attack on Titan was. Attack on Titan aired its best episode ever, and I stand by those words. 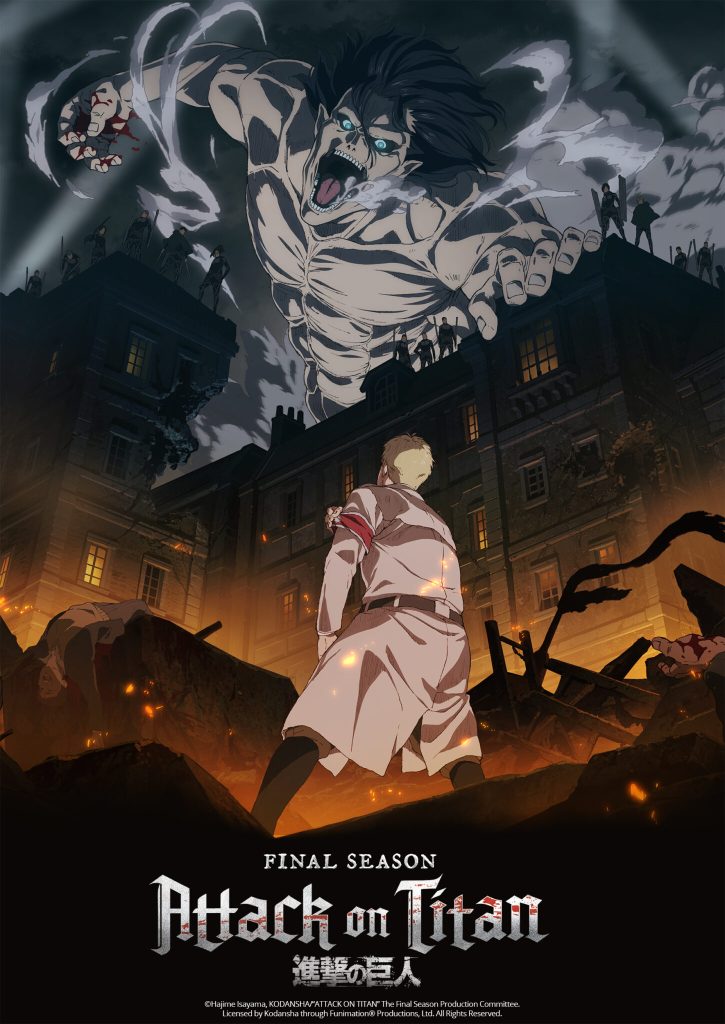 Eren made his intentions very clear in last week’s episode, “Declaration Of War”. If the title wasn’t enough, I’m pretty sure war was declared when he burst through the wall and grabbed Willy Tybur. Also, can we acknowledge the fact that Willy didn’t last very long?

I knew this week’s episode would be good, but man. It made me scream at my tv repeatedly. The episode was, quite frankly, one of the best episodes of anime I’ve watched in years. It’s something that the last five episodes have been building to, and now that it’s here I want more. I got chills when Eren whispered for Mikasa to join the fight. I watched on in horror as Eren became just as bad as Reiner and Betholdt. Eren’s very obviously off his rocker, but it’s going to make for one hell of a final season. The episode wasn’t good just because of the action, either. Seeing our favorite characters again was incredible.

I could sit here and gush for another thirty paragraphs about how good “The War Hammer Titan” was, but I think you should just go watch it. It’s available on Funimation and Crunchyroll. Trust me, and watch it.

You won’t regret it. I’m serious because Attack on Titan just aired its best episode ever. Ever.

Home » Anime » Attack On Titan Aired Its Best Episode Ever!