Season two of Atlanta had a great deal to live up to. Season one couldn’t have come at a better time when one considers the social and political climate. Here was a show that wasn’t afraid to tackle important questions on race, social standing, double standards, and trying not to be a product of what the system wants you to be. The presentation was unapologetic and eye-opening. The countless awards that the show earned were one hundred percent warranted and season one of Atlanta came as a breath of fresh air.

The landscape of television has changed and shows billed as “sitcoms” no longer just have to be just sitcoms. There can be substance. There can be a message of importance, and Donald Glover and his brother Stephen looked to flip what we knew about television structure on its head. Why do shows have to follow a formula? Why can’t the show, and the characters who inhabit that universe, play by their own rules? With Atlanta, the only real rule that’s followed is that the Glover Brothers are going to present stories and topics in whatever fashion they seem fit. Whether that means we’re going to get an episode where Justin Bieber is a black star or a high school student in white face stares down a hardworking mother who just got screwed by the system with the occasional invisible car hit and run thrown in, and suddenly Atlanta is like nothing else on television. Not even remotely. 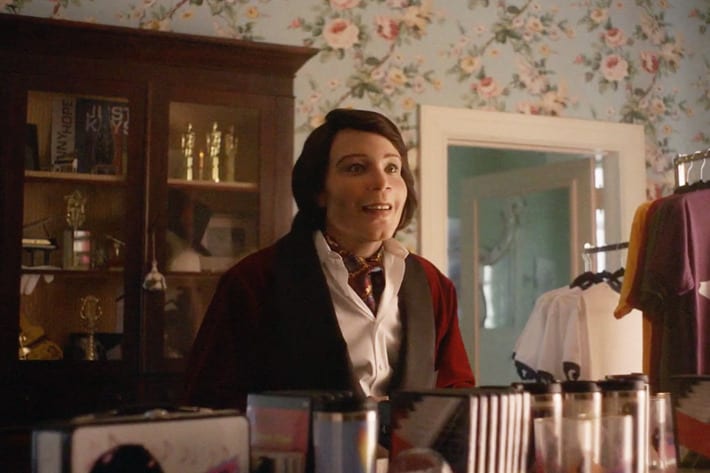 Last night’s episode, “Teddy Perkins”, took that one rule and pushed it even further. No matter what you think you’re getting when you sit down to watch an episode of Atlanta you’re probably wrong. Donald Glover doesn’t want you to think you know what to expect. With each episode this season, he has openly told you that your expectations don’t matter. I don’t mean this in a negative way, I mean this in a way where an artist has a vision and his vision will not be compromised by the expectations of others. Glover is telling his stories the way he wants to see them and the results are stunning. Atlanta is a work of art. It’s brilliant. It’s hard to look at. It’s masterful.

When all is said and done, “Teddy Perkins” could very well earn Donald Glover another Emmy award for his crisp and atmospheric writing and his terrifying, engaging, scene-stealing performance as Teddy Perkins. Look closely folks, that definitely was Donald Glover under that washed out Michael Jackson prosthetic despite the credits telling us the role of Teddy Perkins was played by… Teddy Perkins. “Teddy Perkins” might be the best episode of the series. I’m not just talking season, I’m talking Atlanta as a whole. Hell, it was the best horror movie of 2018. There wasn’t a moment that I wasn’t emotionally invested, to the point where I had the palm sweats and a nauseous stomach as the episode reached its climax. Despite the terror induced, I couldn’t look away. That’s the mark of good art. Not only are you feeling something but you’re ignoring the uncomfortability that is building within you because you need more. You need to know how this wraps up.

All this begs the question though, just who and what is “Teddy Perkins”? It’s clear that Glover has been inspired by Get Out for season two as this is the second episode, the other being “Helen”,  that created an atmosphere similar to the Oscar-winning movie. The fact that the episode focused on Lakeith Stanfield’s Darius is no accident either. You may recall he was in Get Out. Nothing within Atlanta happens by accident. Glover knows exactly what he’s doing the entire time even if we have to pause and try and figure it out. No one said this had to be easy. You have to earn it with Atlanta.

Outside of atmosphere, and the easter egg about Darius not liking his photo taken, “Teddy Perkins” becomes something else entirely. It’s hard to ignore the Michael Jackson of it all, and while it’s a huge theme it’s not necessarily the main message. Although it does open the door to the heart of the episode. You see, Teddy Perkins is a man much like Michael Jackson, a famous musician who became so obsessed with fame and the spotlight that he was willing to do anything to maintain it. Even changing his skin color in the hopes that the public would still want him, but it fades. The music stops and Teddy retires to his mansion with his brother, who he looks after because he has a skin condition of his own. It can’t be overlooked that Teddy ignores his own condition but there is something off about Teddy. Maybe it’s the way he eats ostrich eggs, the eerie voice memos (“wash your hands immediately”), or the desire to turn his house into a museum to recapture the magic of his music career. Everything about Teddy feels methodical and eerie. A man clearly out of touch with everything. Unable to grasp the concept of being able to make something beautiful without pain. 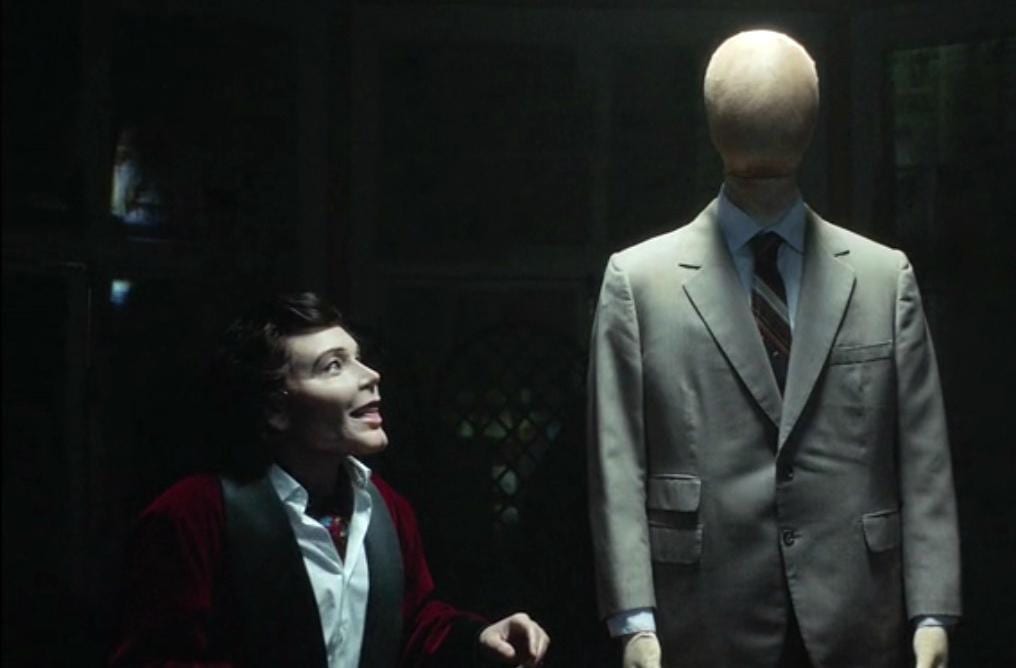 Which is where the larger theme comes in. Donald Glover uses “Teddy Perkins” as a platform to discuss parenting and pushing your children to be more. There’s a scene where Teddy takes Darius to a wing of the museum dedicated to his father. A man who pushed both his children to perform only to use it as a way to torment and abuse them. He often pushes the mantra that great pain brings great beauty, maybe to justify his actions, to the point where Teddy recites this effortlessly throughout the course of the episode. There has to be sacrifice. Teddy clearly worships his father. He gave him the greatest gift in the world… fame. How could he possibly think negatively of a man who wanted Teddy to be more? To be special. That’s why he wants to dedicate the wing to other fathers of the same yolk. Fathers like Joe Jackson, Marvin Gaye Sr., Earl Woods, and even Emilio Estevez’s father from The Breakfast Club. All fathers who are famous for raising famous children but who all used controversial methods in doing so leaving something different and disconnected in their wake. Teddy thinks these are great men and fails to see the gleaming flaws.

The problem is Teddy doesn’t’ understand he’s explaining this to Darius who is Atlanta’s spiritual compass. Out of all the characters within this universe, it’s Darius who sees the silver lining in everything despite the circumstances. He is one with the universe, in touch with the vibes, and even though he knows he should get out he’s a man of principal. A man who has a two regret life policy, and he stays for the piano that brought him to this house in the first place. Even though the writing is kind of on the wall.

The ending of this episode doesn’t come out of left field but it’s still shocking. Teddy needs to be driven. A sacrifice must be made so he can once again make the music that made him great. That sacrifice is Darius. Watching Darius handcuff himself to the chair at gunpoint was nerve-wracking at best, as there was no real way to tell if Teddy was going to kill him or not. Nothing about this felt like a joke and it seemed like anything could happen. Again, it’s almost impossible to predict Atlanta. The arrival of Teddy’s brother and the murder/suicide that ensues is both a relief and incredibly tragic. Darius is saved but the cost is the life of two men who became outcasts in different ways. One medically and the other self-induced. All for the pursuit of needing to be more. For refusing to let go of the past. For the inability to forgive. For refusing to let go of the pain.

Darius tries to explain to Teddy at the end, that love is the driving factor. That yes great art comes from pain but even greater art comes out of love. This is a message that’s too late for Teddy, pain is all he knows, but Glover and Atlanta hope that it won’t be too late for us. Atlanta asks us to stop creating Teddys and start creating more Darius’s because there has to be more to life than celebrating the pain. There can be love and within that love can be some form of greatness. 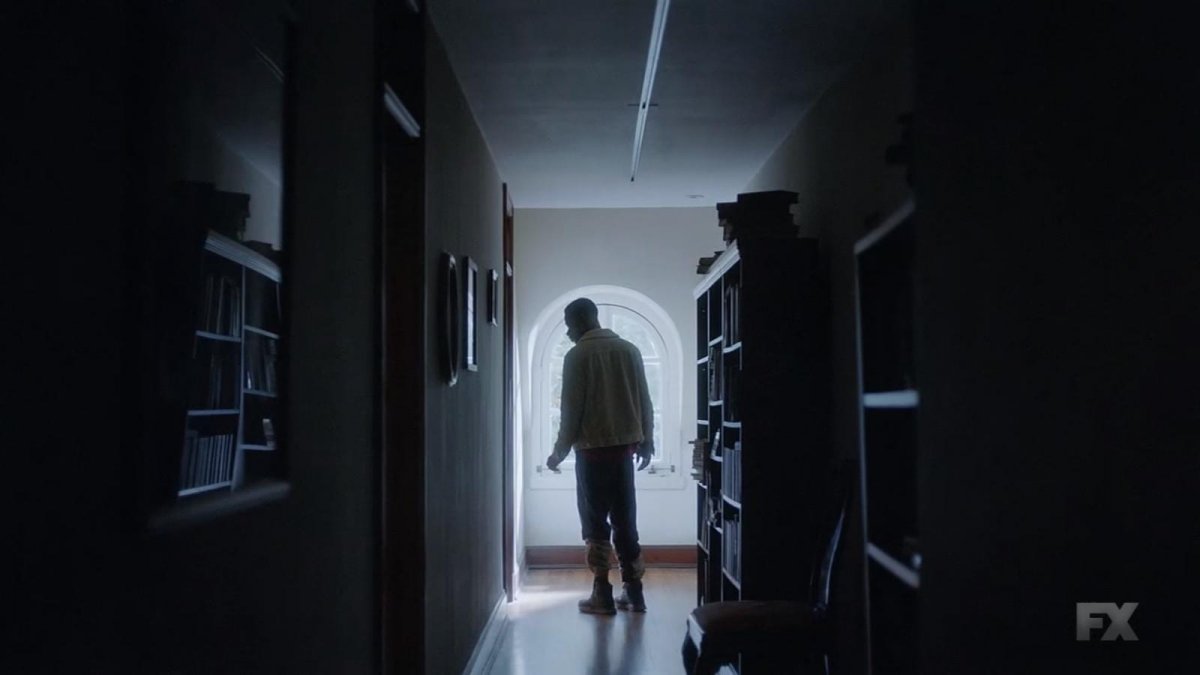