There’s something to be said about the two main characters of Atlanta. Both men spend so much time looking for wins that when presented with one they often miss the opportunities that are promised. It seems that both characters are so used to life taking what it wants that they’ve lost the ability to understand when they’re being presented with something promising. That’s not all though. Life may be serving up opportunities but you also have to factor in the point that these characters lack the inability to get out of their own way. Let’s start with Al, aka Paper Boi, a man who has released a pretty popular mix-tape with a lead single that gets some air time along with white girl YouTube acoustic covers. For many, this would be considered a success; a “hit” song and a foot in the door for making a music career. But for Al, it comes across more like a burden. Rapping is something he does, something that he might even be kind of good at, but it’s not his passion. Al has little patience for the fame he has garnered with the success of the Paper Boi mix-tape, and it’s that lack of patience that is costing him opportunities. That, and the fact that he would much rather be a drug dealer who just so happens to rap opposed to being just a rapper. 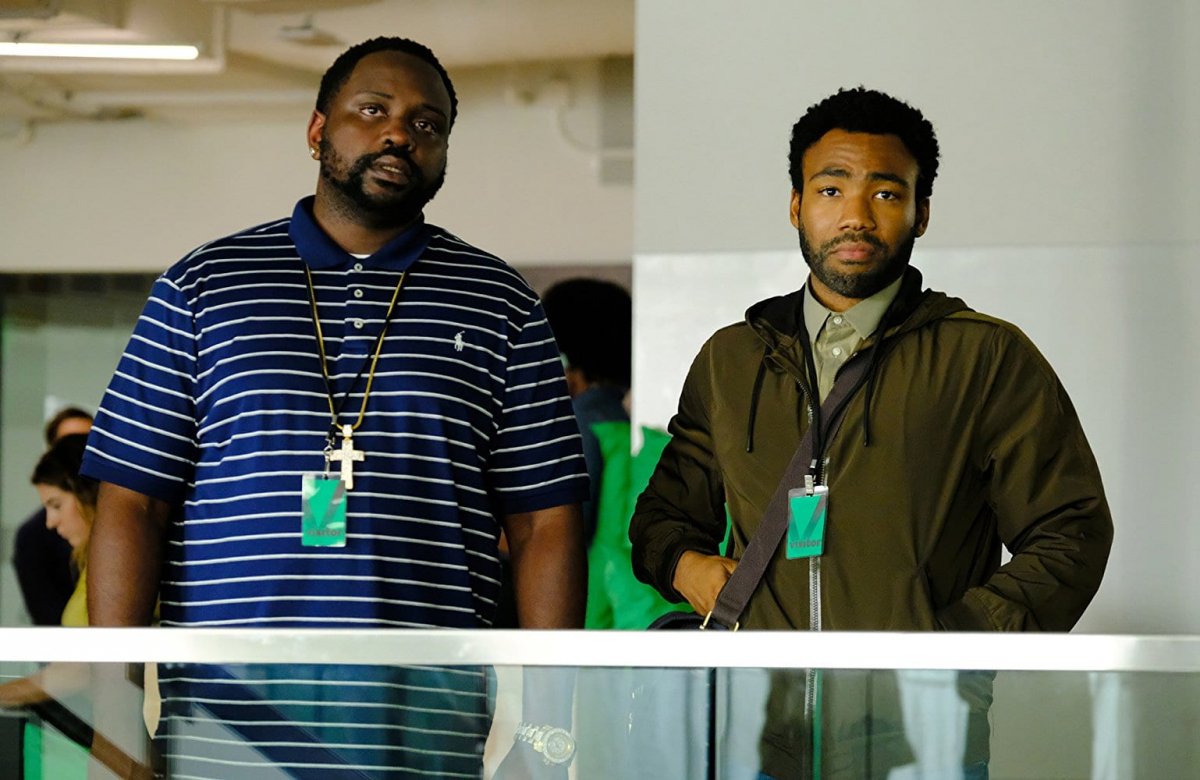 Look at all the effort Al puts into finding a new drug supplier this episode. After his original hook up robs him at the start of the episode, because he views Al as sort of successful and adding to the undercurrent of Atlanta this season, Al takes Darius on a road trip to a number of different suppliers and with each one, his rap career gets in the way. Al has no patience for this. He has no interest in having his picture posted as he smells weed. He has no interest in listening to your girlfriends cover of his song. He has no interest in rap. That can be seen with his meetings over at Fresh, a music company that seems to be insanely out of touch. Here is a large group of predominantly white staff members who think they’re cool because they can do a bro hug with a rapper, yet, they are providing their clients with a chance to make it. Even if they only see you as a number and not as an artist. This is a game to them and Al isn’t interested in playing. He sees through phoniness of it all. Being asked to say things in a more “cool” or “party like” manner is just their way of asking him to be more black. Making him perform a concert in an office with a bunch of employees who haven’t even left their desks goes to show that they couldn’t care less about the music he makes. All they see is the possible dollar signs to his name. The episode has no problem highlighting that while Al can bring in revenue he’s still an outsider because of his race. Just look at that scene of Earn eating the cereal while everyone in the office stares at him until he takes notice. Then it’s business as usual. Fresh is incredibly dated in name and attitude.

It’s no wonder that Al has no interest in the company but it’s his aggression and “I don’t give a shit” attitude that has become a part of his Paper Bio mystique but is also costing him the ability to progress. I’m starting to believe that most of this self-destruction is on purpose. Al wants to be his own man but gets pissed when he sees others making it. Look at the commercial at the end of the episode, here was another one of Fresh’s rappers, one willing to play the game, rapping a commercial for YooHoo. It’s corny and selling out but it’s also catchy and gets his name out there. This rapper is marketing himself while Al sits in his house without a cell phone, without a new drug supplier, and just smoking weed. The opportunities are all there but Al is too busy pushing them away to understand that he could be excelling. This does nothing but feed into his frustration.

Then you have Earn, a man who hungers for success because he’s afraid of becoming someone who just had potential. A person who never formulated the gifts that he was given. The hustle is there for Earn. The only problem is he’s hitched his wagon to someone who almost willfully doesn’t want to be successful. Don’t get me wrong, Earn’s superpower is making decisions that make you either cringe or shake your head at times, but Al isn’t helping matters either. I loved the payoff in this episode with the dog breeding money from season one. It highlighted that Darius isn’t as crazy as we may think and makes it seem like he’s the only one who really knows what he’s doing. The man has some sort of a plan at least. Earn on the other hand is handed four thousand dollars and quickly squanders the money in a lame gift card scheme. 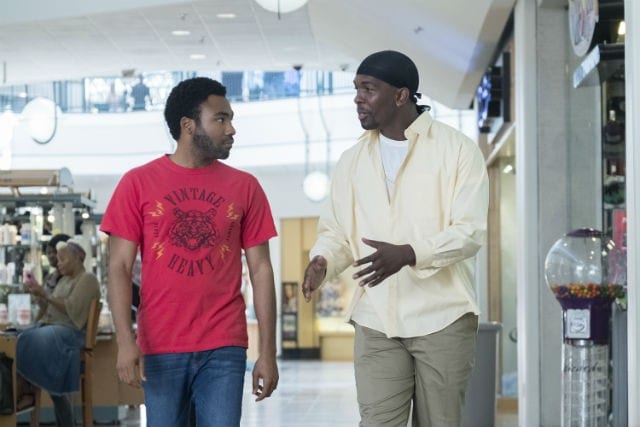 This season opened with Earn being evicted from his storage unit apartment, losing half his stuff, and having no place to sleep. Think back to the end of season one with Earn counting two hundred dollar bills over and over because it represented success. The hustle was paying off. Now he’s gifted four thousand dollars by the universe and instead of looking to find a place to live or having to struggle to find money to eat, he wastes that money on a gift card scheme so he can get things from the mall. The problem is, the gift card scheme was garbage and even though Earn buys too many items to carry, then rides the bus back to Al’s, returning home with half of what he purchased. It’s robbin’s season after all.

Earn is finally given some sort of a win and takes that opportunity to bring himself back to square one. He makes zero progression and it’s infuriating. Here are two characters, one who’s looking for success and the other who willfully pushes it aside, and you can’t help but think that maybe the two of them aren’t good for each other. Earn is pushing a rap career on Al, a career he seemingly doesn’t want, while Al burns the bridges to that rap career. Round and round they go making zero progress. At some point they’ll have to understand that this relationship isn’t for the best, but what will it take for that to happen?

There you have it Geeklings, what did you think of this weeks episode of Atlanta? Whose actions did you find more frustrating this week? Earn pissing away the four thousand he made or Al pushing away possible success with Fresh? Sound off in the comments below. If you’d like to talk more Atlanta with me you can find me on Twitter @iamgeek32. I seem to have solved my DVR problem so I’ll be here recapping the show for the rest of the season. See everyone next week!