Hollywood star Ashton Kutcher is dropping one of the most terrible-kept insider secrets in rom-com history. He just got back together with his ‘No Strings Attached‘ co-star Natalie Portman for a combined Peloton workout during an episode of his series ‘Our Future Selves’, which was released on September 20.

During their session, the actor acknowledged that their 2011 romantic comedy was rather eerily similar to a previous film featuring his present wife Mila Kunis and Justin Timberlake, which was released in the same year.

“I think the first time we really started hanging out is when we shot No Strings together,” Kutcher said, to which Portman responded: “Who would’ve thought 20 years later, we’d be on a Peloton together?”

Kutcher then said: “Wait, it’s also weird because my wife was shooting basically the same movie, called ‘Friends With Benefits’.” 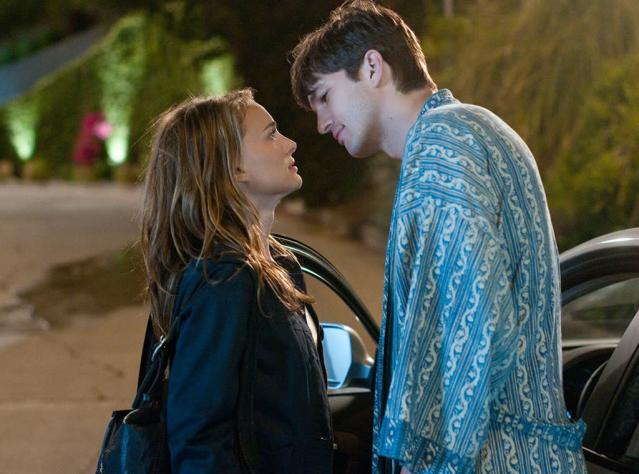 In both Ivan Reitman’s ‘No Strings Attached’ and Will Gluck’s ‘Friends With Benefits,’ a male and a woman decide to have a sexual relationship without becoming a romantic couple, only to discover later that it is more difficult than they thought.

Both films were successful; however, No Strings Attached had a higher profit domestically of $70 million as opposed to $55 million, according to Box Office Mojo.

Interestingly, both films made comparable amounts worldwide, with only $149 million. Even though Friends With Benefits had a higher budget of $35 million rather than the $25 million for the other movie.

“And Mila and I had just shot Black Swan together. So we were all making out with each other.”

The box office takings for the romantic comedy films were more than $350 million, whereas Darren Aronofsky’s Black Swan, a 2010 ballet thriller, made almost twice as much money worldwide at theaters.