The last time we saw Colin Donnell make an appearance on Arrow was during this year’s crossover event, otherwise known as ‘Crisis on Earth-X’. On Earth-X, Tommy was the wicked Prometheus, who was also best friends with the Oliver Queen on his Earth.

Recently, Stephen Amell teased that Tommy Merlyn will be featured yet another time on Arrow this season when he posted the following caption on social media, with the photo below:

“21 episodes into Season 6 and I still haven’t shot a flashback. So this picture… this picture feels really good!” 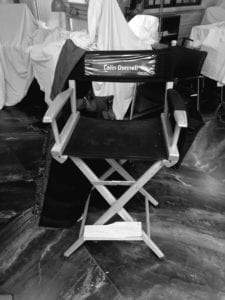 We have no word on which episode Tommy will make his appearance in, but if we had to guess we would say either episode 21 or the season finale, episode 22.

It is always a sweet treat to see some of our beloved characters make a grand return to the screens, even if it is not always in the way that we hoped. For example, the surprising cameo of Moira Queen in the Season 5 finale. Tommy Merlyn passed away at the end of Season 1, as a victim of Maclolm Merlyn’s undertaking. Since that day, Oliver began a new legacy and set himself on a new quest to honor his fallen best friend.

Arrow will return on Thursday, April 5th at 9PM/EST on The CW.