Stephen Amell is no strange to the world of comic books and superheroes. He’s most recognizable from his time on Arrow though. He was the star of the series for eight years, where he portrayed Oliver Queen A.K.A the Green Arrow. Arrow was a hit for The CW. Now former Arrow star Stephen Amell is returning to a superhero role in a Netflix sequel.

As mentioned above Arrow isn’t the only comic book role Amell has held over the last eight years. He was also Casey Jones in the second film in the most recent live-action adaptation of the Teenage Mutant Ninja Turtles. He starred in that film alongside Megan Fox.

In 2019 Stephen Amell was in another superhero feature titled Code 8. The film had enough worldbuilding that it felt like it could support a sequel. But the story was told well enough, and concluded well enough, that it could have also worked as a standalone film. 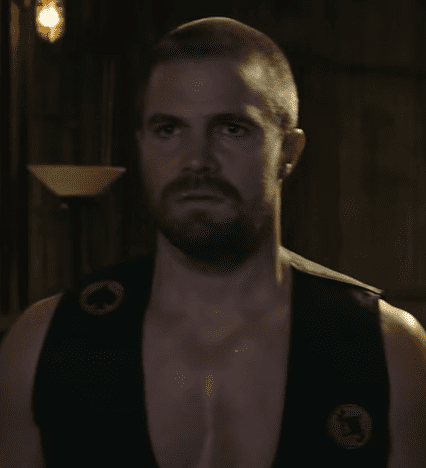 It looks like the world isn’t done with Code 8, though. The movie didn’t just feature Stephen Amell, it also featured his cousin Robbie Amell (also an Arrowverse alum). The two didn’t just act in the film they were producers on Code 8.

The two will be returning for a sequel to Code 8, titled Code 8: Part II. The two sold the film to Netflix, meaning the sequel is almost undoubtedly a Netflix exclusive. This was announced at the Banff World Media Festival by Netflix co-CEO Ted Sarandos.

Even though we hope that Stephen Amell never fully leaves the world of Superheroes, he does have another project starting soon. The actor is a huge wrestling fan, which is why it’s appropriate that he has a show about wrestling coming out soon.

Heels will be coming to Starz on August 15, so it’s not that far off!

How do you feel about Stephen Amell returning to a superhero role? Are you excited? Let us know in the comments!