DC’s Legends Of Tomorrow has always been the odd one out in terms of the Arrowverse shows. It doesn’t quite fit in with the rest of them but manages to still be amazing. This is a show that took all the rejects of the Arrowverse and threw them on a timeship. Their shenanigans are always hilarious and we’ve seen absolutely ridiculous things come out of this show. That includes things like characters turning into puppets, and a Groundhog Day episode. The next season should be crazy, just like the previous ones. Adam Tsekhman, the actor of Gary Green, has been promoted to series regular for this upcoming season. Are we getting a Gary backstory!? 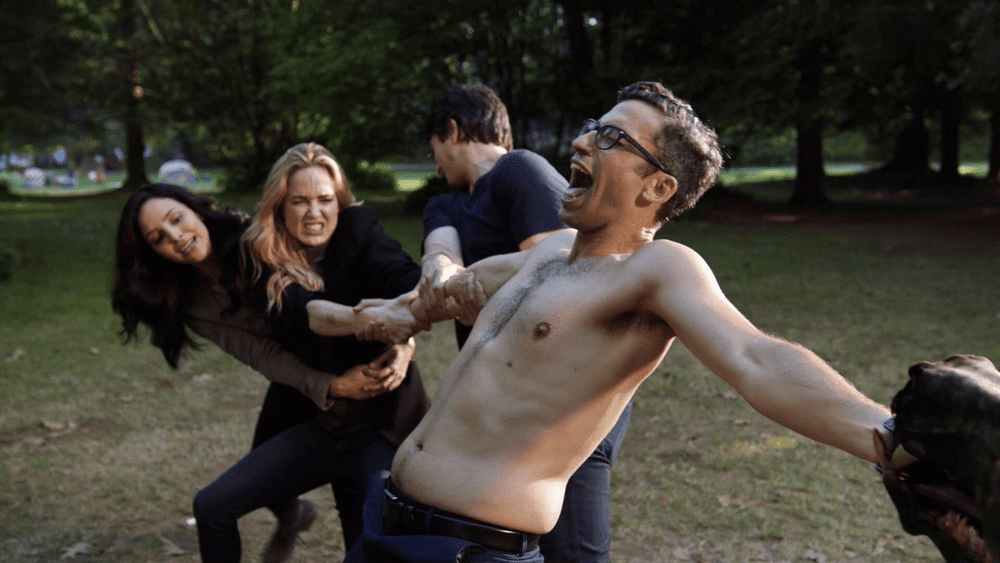 Gary has always been something of an oddball on this show. He’s been both friend and foe at different times, but he’s more of a… loveable goofball than anything. He’s not inherently bad, just kind of a geek. He always wants to join the team on their adventures and a as series regular he might do just that.

The Legends Of Tomorrow producer spoke with TVLine and claimed that we should be getting some answers about Gary’s past. They claim that his backstory is “wacky and wild” and they even referenced thanksgiving. Legends of Tomorrow Gary Green Thanksgiving special confirmed? God, I hope so.

This all comes on the heels of the Legends premiere date and news of its new timeslot. We just learned that the show will be shifting to Sundays and play before Batwoman.

The newest season will pick up where the previous left off, obviously. That means that we’ll pick up after Sara’s abduction and based on what we’ve heard things are going to get… crazy. I guess that while the captain is away, her crewmates are going to go wild. They better be searching for Sara too though, eh?

Do you hope we get a Gary backstory?

Home » Television » Are We Getting A Gary Backstory!?