Anthony Edwards is not appearing in Top Gun: Maverick but he’s one of the sequel’s biggest fans.

The Golden Globe-winning actor, 59, gave his approval to the follow-up of his 1986 movie after seeing an early screening with costar Tom Cruise. He spoke about it at Thursday’s Tribeca Film Festival world premiere of Jennifer Lopez’s documentary.

“If you do the first movie, you’re lucky enough,” Edwards told ET. “I was lucky enough that Tom called me up. He screened it for me in person.”

He said that his son Bailey, 28, who walked the red carpet with him, also came with him to a sneak preview of the movie at the Dolby screening room in New York City. He added that the sound there was “the best ever” and that it was “fantastic.”

Edwards appeared in the original Top Gun movie as Lt. Nick “Goose” Bradshaw. He was a close friend of LT Pete “Maverick” Mitchell (Cruise). But he died in the first movie. His son, Lt. Bradley “Rooster” Bradshaw (Miles Teller), is in the new movie.

“It’s the biggest movie that I’m in that I never had to show up for a day of work, so it was fun,” Edwards raved.

The ER alum also praised the sequel for living up to its predecessor. “When something’s that successful, people had a certain feeling in the original one,” he said. 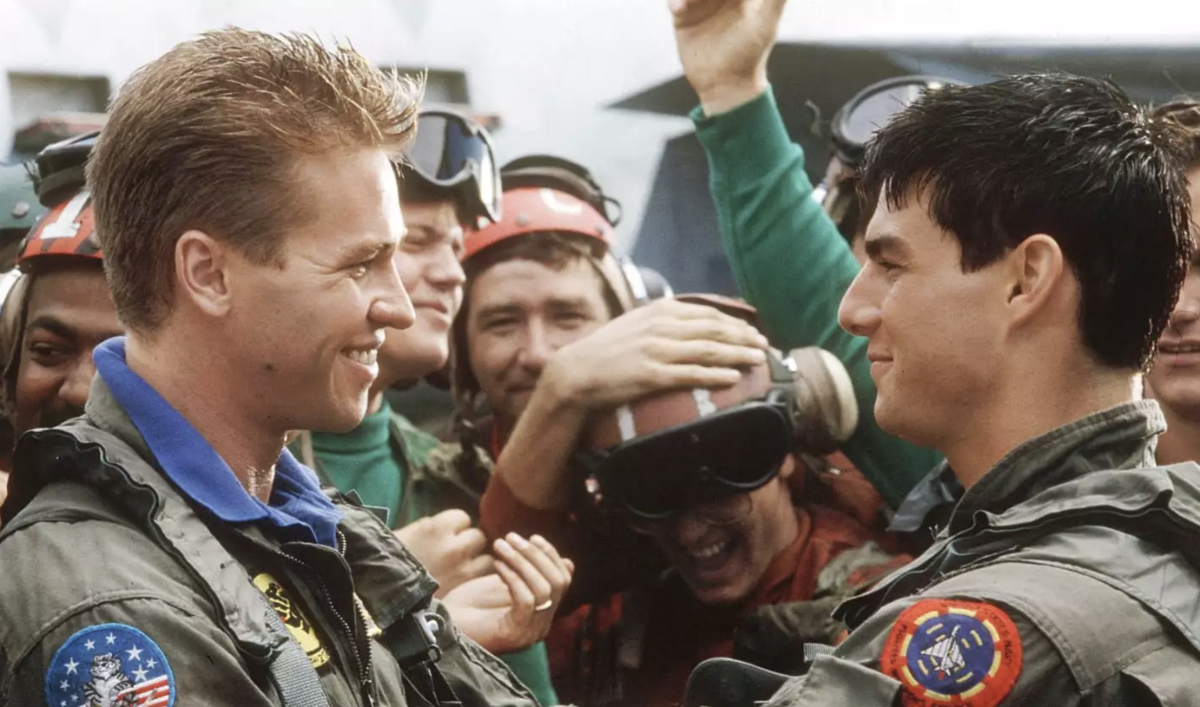 “And [Top Gun: Maverick] does exactly what it felt like seeing it the first time, only more,” Edwards explained. “As I said to Tom, ‘Mission accomplished.’ They did it. They really did though. It’s a lot of work that went into that. But it had the feel, it had the tone, it had what people wanted.”

Tom Cruise is reprising his role in Top Gun: Maverick more than 35 years after the original. The sequel sees Maverick still flying and training new pilots. But he also has to confront ghosts from his past.